I am a cis-woman who, after orgasm from clitoral stimulation, is often too sensitive down there to keep going. Whether my partner or I try to keep it up or change positions, I am not able to achieve multiple orgasms. Is there a way to still get that mind-blowing orgasm without the over-sensitivity afterwards?

I’ve always really needed someone to talk to about these kinds of things, but I’ve never had a chance to do so, especially since it’s rather embarrassing to try to talk to someone I know and I doubt I could talk to my family, too awkward….

Hi there, my One-And-Done Friend,

I hear you on the awkward. Could you imagine how much cooler the world would be if everyone discussed such things openly? But then, I wouldn’t have a job…

So, the technical answer to your question is “probably not.” The more in depth answer, is “yeah, totally!’

Why do I start with “probably not?”

The thing is, there are all types of orgasms to be had, right? You’ve had amazing pizza and you’ve had just okay pizza. Both were pizza, and yaaay for that. But super different. Even all amazing pizzas aren’t built the same. Chicago style versus New York style, anyone?

The thing is, the clitoris has TWICE the nerve endings of the glans of the penis. And unlike the penis, it’s only designed for sexual pleasure. That kinda makes the argument that those of us with vaginas are the superior samples of the species. So when I say double, I don’t mean like, 200. I mean EIGHT THOUSAND nerve endings. That’s a lot of feelers. And when you are stimulating the feelers to the point of “wheeeeeee” those feelers are gonna get a wee(eeeee?) bit tired.

On the other hand: If you’re looking to get your senses going, check out this arousal gel!

Or need a refractory period, if you will. A refractory period is defined as a period immediately following stimulation during which a nerve or muscle is unresponsive to further stimulation. So you have 8000 tired peeps taking a doze in your lady canoe. So if you have an awesome, mind-blowing orgasm (high five to you and your partner!) you are in refractory period and having multiples is a “probably not.”

If you don’t mind a different type of orgasm, something gentler and less direct mechanical-stimulation involved, then “yeah, totally.”

You and bae can totally start experimenting with some more indirect stimulation. Start by playing with your other erogenous zones. Not just your nipples but your spots… whether they be the back of your neck or your pinky toe. Bring in some vulva play that doesn’t involve direct clitoral stimulation. Add some G-spot stimulation (which can be great for increasing your chance of female ejaculation), and maybe some early stage yoni-massage.

With your clitoral stimulation itself, you can also try a gentler approach. More light and feathery type stroking. You could also try stroking over your clitoral hood, rather than pushing it back for direct contact.

Once your first orgasm starts, back off direct stimulation. This will soften the orgasm, but also lessen the chances of your nerve endings crawling in a cave for hibernation. Once you go back in for more stimulation, really attend to the rhythmic cycle of the human orgasm. The official term is the “excitability cycle”, which just means the same thing. All genders of humans essentially orgasm by building a fluctuating and rhythmic stimulation pattern that matches that of our heartbeats. Stay in rhythm and you will be far more likely to rack up the orgasm points on the scoresheet.

Most women do have the capacity for multiple orgasms. Especially if we are willing to consider a different kind of pizza. (Just no pineapple. That shit is gross.)

Have something you need to ask? Submit your questions to [email protected]! 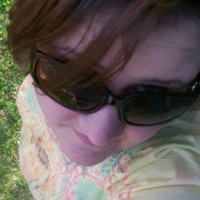