16 Dating Struggles Only Girls Who Hate People Will Understand

Would you rather just sit at home on Tumblr, or reading blogs while drinking wine without any real human interaction? Do you find yourself avoiding public outings unless there are an excessive amounts of vodka involved?  Here are 16 of the most common dating struggles only girls who hate people will understand.

You spent a summer abroad?

Some girls can pretend to care, and tolerate spending hours being talked at. But you just don’t give a shit. If a dude was into something you could relate to, maybe we would give a shit. But you’re boring. And we don’t. Like, at all.

2. You Have Strange & Particular Loathings

You have weird and irresolvable hatred for a variety of bizarre subjects. For instance, the haberdashery section at Michaels, Crossfit, or men who cross their legs. Who knows what irritates you when the mood strikes?

3. But Seriously, Don’t Talk At Me

We’ve all been on a date where we get the entire life story from the other end of the table. It usually involves a lot of tall tales about how they were birthed under a blue moon, and now they can fight dragons or whatever. Did they say that? Or were you so bored hearing about their new Paleo diet that you made up something more interesting?

4. Okay, We Kind Of Hate Talking To People…About Things

April Ludgate is your spirit animal. 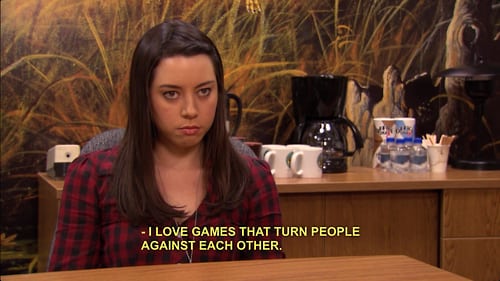 5. Dating Is Hard When You Have Resting Bitch Face

You’d be so much prettier if you smiled!

6. If Your Date Makes A Backwards Political Statement, You Suddenly Turn Into Jon Stewart

Tell me again why you think Donald Trump would make a good president?

7. And It Eventually Ends In A Feminist Rant

You’ll always fondly remember that one time you filibustered your misogynistic date. Back to Seneca Falls, 1848…

8. People Tell That You That If You Want To Date More, You’ll Need To Be Nicer

How are you going to meet your soulmate if you’re pretending to be nice all the time?

9. And You’ve Been Called ‘Scary’ Or ‘Intimidating’ More Times Than You Can Count

So you may have stalked your ex and followed him around a few times. What’s the big deal?

10. When You Get Unsolicited Attention, You Want To Break Things

You’ve heard how a friend of a friend met a guy in a bar, or walking down the street. But when guys holler that unwanted attention your way, it makes you want to Hulk out. You’ve been reprimanded by your mother for telling guys who asked for your number to die in a ditch.

12. So When You Meet Someone You Really Like, You Can Get A Little Weird

Hey, it’s not very often you come across a man who hates hobbies, stuff, and people who own waffle irons. It’s a small selection pool. You’re so used to hating everything, that meeting someone you like can be a bit overwhelming…

13. You Might Even Act Out A Little Bit Just To Test The Waters

It’s like playing a game of mental illness chicken.

14. This Face May Make You Believe In Love At First Sight

15. If He Suggests Going To A Busy Public Event On The Weekend, It’s All Over

Crowds? DO YOU EVEN KNOW ME?

16. But When You Find The One, It Will Be Way More Adorable That You Thought Possible

Because you hate stuff! But not each other! Adore-ballz to the max. 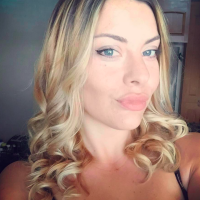