While many people are glad to see 2017 finally over and done with, there are a few things we can all relate to each year.  Last year was no exception. You are not alone my sluts!

1. That One Drunken Night

Over the course of the last 365 days, we all had one evening that got a little out of hand (or maybe several). Did yours include cheap boxed wine, vodka cranberries, jello shots, or several beers? Maybe a few of each? Mine included wine, a FourLoko, and perhaps a few hits of something green…

No need to be embarrassed by whatever your night was, we’re in this together. Whatever happened to you, at least you didn’t end up peeing on yourself and having your friends help you shower and change. (I bought them bagels in the morning! No shame! Okay, some shame.)

2. The Show You Became Way Too Attached To

Binge-watching should be recognized as a national sport, in my opinion. We’ve all done it once or twice, or in my case… all the time. It’s so easy to get attached to the lives of fictional characters! The romance, the drama, the struggle! And you don’t have to experience any of it yourself.

Personally I’m a Game of Thrones fanatic. I read the books and I sit on the edge of my seat and count down the seconds until the new episodes come out. I have become so attached to this fantasy, that one night my WiFi router went out… THE HORROR! My HBOGo was down and GoT was about to begin, what’s a girl to do except call her mother? She FaceTimed me and propped me up on the coffee table so that I could watch the episode with my family live. Aren’t we cute? (No, no we are dorks, and we’re huge dorks at that.)

3. The Romance That Went up in Flames

Break out the comfort food and cry in the bathtub because your heart has been smushed. Smushed like the spider on my favorite pair of running shoes. Relationships are actually the worst… and the best, but mostly the worst. The endings are normally enough to turn you into a complete cynic. Hopefully you survived decently unscathed!

My 2017 relationship ended in such an adult way that I almost wasn’t that upset. Until I sat and thought about the fact that I’d had a man tell me he wanted to marry me and then change his mind in the course of two weeks. (Rat Bastard couldn’t get my orgasms up to par anyways! And he isn’t getting any of his expensive camping gear back from me!)

But I’m fine. I’m totally fine… Just gonna go suck a lot of dick and curse him internally, because I’m a grown-up!

4. The Day You Thought Your World Ended

Were you on your period? I was on my period. And I sat down on the kitchen floor to cry over my grapes going bad when they were all I had looked forward to all day, enough said. Whatever it was that made your day so incredibly bad (if it was petty like my experience or something more serious), you got through it and are now on the other side.  Look at you – you’re a survivor!

5. The Great (and Not so Great) Hook-Ups

There’s the one hookup that you avoid at all costs and the other that you consider seeing every night of the week. Hopefully the latter of these individuals doesn’t occur too terribly often, and if worst comes to worst you have a great story.

Let’s see: there was the guy who let me go down on him, didn’t reciprocate, and left… He still texts me to see if I’ll come over and do it all again, because it was so great (yeah, for him maybe). Then there’s the glorious man who made sure I couldn’t walk – and that was before we even had sex – bless his heart.

Hopefully you’ve had your fair share of memorable romps between the sheets this past year.

6. The Impulse Buy That Was a Poor Decision

Spend your rent money on a beautiful pair of shoes? An expensive bottle of champagne for a celebration? It always seems like a great idea to treat yourself, but occasionally we don’t think it through. We get distracted by how something fits, the way it sparkles, or in my case, how soft it was.

I went to buy fish food and there just happened to be little bunnies on sale. How could I resist?! Well the bunny and my cat did not take to each other, and it was an age before cuteness kind of deal, so the bunny had to go back to the store. The employee who gave me store credit was displeased. At least my cat was happy though! 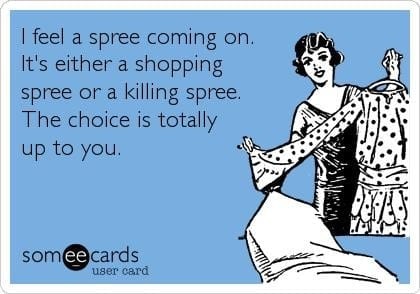 We had a whole year to make decisions and discover ourselves. There’s always a split second where something hits you (like bus! just kidding!) and you realize something about your life. Then, everything snowballs and changes!

I changed my career path, my viewpoints on so many issues, and I feel like such a badass now! Hopefully your epiphany changed you for the better too.

2017 has been a wild ride, we can all agree on that. Luckily we’re surrounded by plenty of sluts who will reminisce with us on the pitfalls and the triumphs that we had to go through to get to this New Year. Happy 2018! 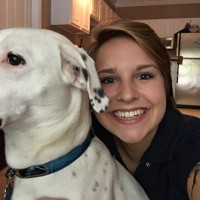