The 5 Stages of Feminist Development

In my personal development, I’ve found that I’ve gone through a couple of phases in finding my feminist self and developing my beliefs. It’s kind of like the stages of grief, except you’re grieving the injustices of society, and in advance for all the patriarchy you’re going to annihilate.

As it turns out, I’m not the only person to think that there are some stages of feminist development. There are actually multiple well researched studies that document different stages of coming to terms with injustice. This can be injustice to anything, but the article I’ll be citing is specifically centered around feminism. It’s called, “From Passive Acceptance to Active Commitment: A Model of Feminist Identity Development for Women.” All information in the below 5 stages is cited to LaTayna M. Purnell in her synopsis of the article written by Downing and Roush (1985). 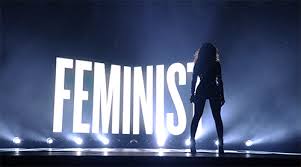 In this stage, women accept their place in society as is, or as men see it. They accept that they are a sex object, accept ideas of classic gender roles, and typically stay there until a “crisis” provokes stage 2.

Personally, this stage has been most of my sexual life. Ever since I realized my sexuality was powerful, I’ve been manipulating gender roles and sexual objectification to get what I want. Citing my daddy issues as excuses, I loved to play the double role of painfully good and then shockingly naughty. I not only conformed to the good girl gender role; I conformed so hard that it developed into a submissive fetish. At about this time last year, I was ready to get married and play wife during the day and slut at night.

Editors note: This stage can last an entire lifetime. Someone may not notice inequalities, feel that inequalities are natural and “how it’s supposed to be”, or might even enjoy the inequality to an extent. 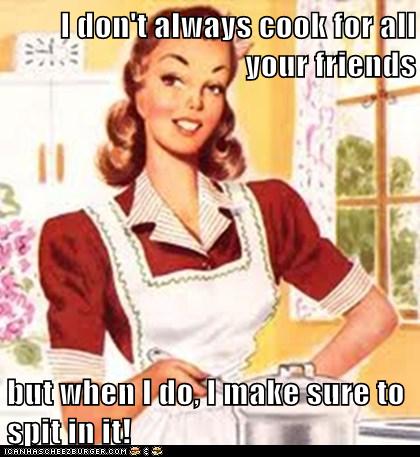 This is what I call the angry stage. It’s prompted by a “crisis” which triggers you into looking at gender roles and inequality differently. It could be unfair treatment, trauma, sexual assault, abuse, or some other experience of inequality that opens your eyes to injustice, and makes you mad that it’s happening. It may be part of the misconception that all feminists are angry man haters. This stage is the “wow, really?!” stage. It involves not only anger, but the avoidance of men (as friends, lovers, or in general).

For me, I came into this stage after getting a lot of street harassment. I found myself pulling away from male attention completely and getting angry when it happened. I deleted my Tinder and when I talked to men, I brought up how absolutely complex I am as an intellectual being. My interest in sex with men was lost, and my vibrators found themselves out of batteries more often. Before doing this research, I was scared I’d never come out of this man-hating stage, but found hope in the existence of the future stages. I’m still in this stage, but now, I know there’s some light at the end of it.

This stage is a middle ground so to speak. In this phase, women find themselves realizing that while their place is society is not what they deserve, and that extreme inequalities do exist and are awful, that there is more to do about it than just being mad. They are willing to speak to men again and form stronger communities who match their identity of woman. They form new friendships and relationships with people who respect and understand them as full human beings. The anger doesn’t necessarily subside, but with it comes more understanding, community building, and a sense of moving forward. 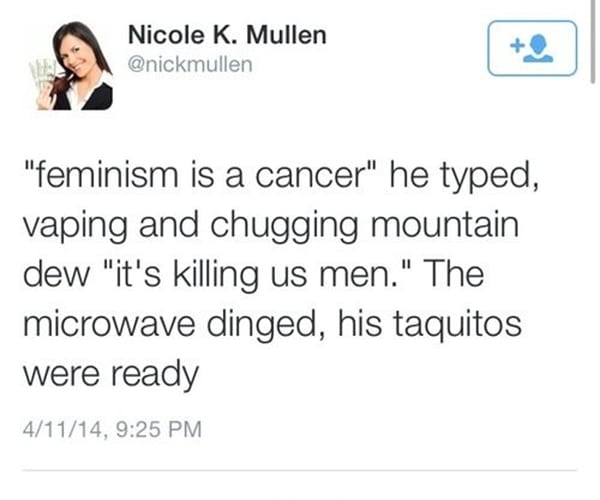 In this level of development, women find how they’re going to defy the roles society has given them, personally and as a group. This stage involves releasing anger as women find themselves looking at men as “individuals, rather than the collective patriarchy”. Meaning, they can stop being mad at all men and remember that society pushes men to act certain ways, too. It teaches men to see women in the roles that feminists are fighting against. They are influenced by societal norms and expectations, too. This is a stage where feminists can empathize with males, as well as educate them on how society has influenced them to be misogynistic. 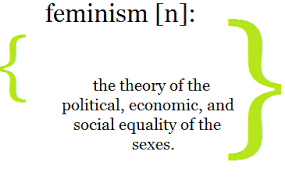 You are now, according to Downing and Roush, a fully developed feminist, you grown up, you! This is where you find yourself comfortable with your personal feminist identity, your ideals, and your criticisms.  It’s also the stage of “active commitment” in that you are actively working to end sexism. You are at the stage where you can see sexism as a societal problem. It isn’t because of one sick person, or because of men, or because of one specific issue. It’s a disease of society that it will take lots of work to clean up, and we can do it together.

Whew! Lets review what we’ve learned. First you accept your place in society, maybe even committing yourself to classic gender roles. Second, you get really, really angry at men in general, or any part of the patriarchal society we live in. After the anger, you cool down a little bit, you find yourself a supportive community and you realize that men are just as important to talk to as women about women’s treatment in society. Next, you find your own little niche of feminism and develop your set of beliefs. Basically, you do you. You’re able to see how society can blind people to problems, and now you can calmly discuss how to make change. Finally, you have stage five, the graduation level so to speak. This is where you’re fully cooked, collected, and ready to smash the patriarchy, with the grace and empathy you’ve learned from the previous stages. 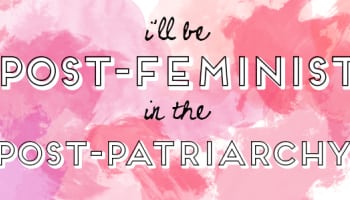 It’s a lot, huh? Being an educated feminist is a commitment. It involves letting yourself feel whatever emotions you find yourself propelled to feel and working through the stages with both eyes open and looking for more information. Everything that feminism makes you feel is totally cool – and yes sometimes flashes of wanting to hurt people may cross your very angry mind – but feminism is not about hurting, it’s about helping! Two hurts do not make justice. Fortunately, all these feelings won’t be bad. There’s so much love to be found in your journey towards being a fully developed feminist.