“A viewer will hit most of their ethical concerns if they’ve pulled out a credit card to watch it. When it comes to sex work, payment is an expression of consent between the worker and the client, and that’s no different in pornography.”

As for a paradigm shift, pornographic actress and sexual educator Madison Young says of the subversive nature of feminist pornography:

“It takes a cultural form that has historically been seen as the purview of men. It reworks sexual images and conventions to explore new and more diverse kinds of desires.”

About the Author: Madison McKeever 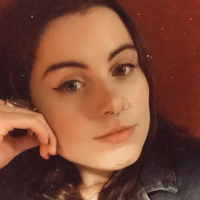 Madison is a writer based in New York City. She probably wants to ask what your favorite book is. She's passionate about true crime, Timothee Chalamet's sartorial decisions, Instagram cats, and talking about the orgasm gap. Find her @thesleepygirlscout