Why Do Women Hate Sluts?

As Tina Fey’s character in Mean Girls says: “There’s been some girl-on-girl crime here.” Girls hating on other girls has long been a fact of life and different groups of women continually agree on the same thing: they hate promiscuous women. Girls HATE sluts. Total Sorority Move even covered a study that found that “women prefer women with a lower number of sex partners for their friendships.” 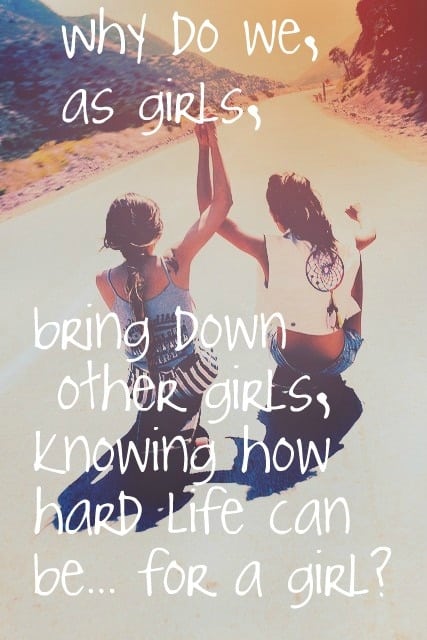 Let’s address these with our sex-positive logic.

1. “Women hate sluts because they are jealous of all the attention sluts get from men.”

Sluts do get more attention from men because, as history has proven, huMANity has always been attracted to something different and confident, and often, sluts are just that. I don’t need to describe how sluts are different because everyone knows that, but not everyone knows why we choose our lifestyle. People assume it’s because our daddy never loved us (though sometimes this may be true), or that we can’t control our urges, or that we’re looking for attention. However, most of the time we chose to live this lifestyle because we say, “Fuck the double standard, I can do whatever I want with my body and my sexuality.” My slutty opinion is that a slut is a powerful, assertive woman. As I said in The Benefits of Sleeping with Sluts, “A slut realizes that she enjoys getting what she wants, and will eventually realize that being assertive and honest is absolutely nothing to be ashamed of.” Women are jealous of other women who have the lady balls and confidence to go after what they want. Hmmm… 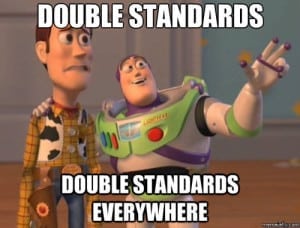 Moreover, not all woman are falling over themselves to get the attention of men. Believe it – there are some things in life that are more important. And lesbians.

2. “Women hate sluts because sluts will sleep with your boyfriend/partner and not feel bad about it.”

There is as much truth in this statement as there is bullshit. Some women may sleep with someone’s partner, but certainly not mmost women, even those who sleep around. Most sluts aren’t going out looking for homes to wreck. Just because a girl chooses to sleep with whomever she wants does not mean she is looking for people who are already taken. That said, sometimes a girl happens to sleep with a taken person. Some may do so without even knowing it. And those that do so intentionally are by no means the majority. Let’s not forget that men do it, too! 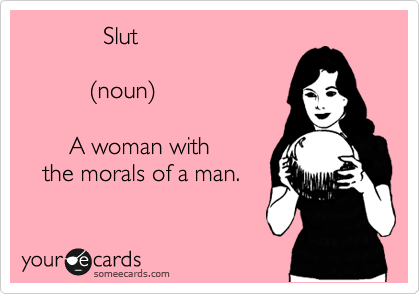 Let’s address a few different points of view about the “other woman.” Of sluts who find themselves to be the other woman, there is the “accidental” other woman, the “revenge” slut, and the “fuck societal labels” slut. 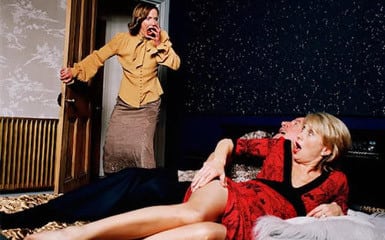 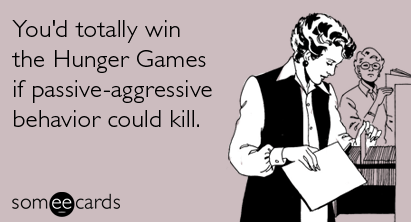 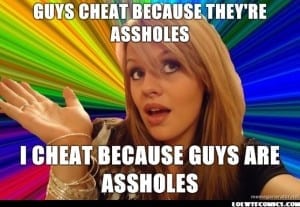 The vast majority of sluts don’t go around fucking people’s partners with reckless abandon, or at all. Some sluts who do find themselves to be the “other woman” may have gotten there unintentionally, or at the very least, have some reasoning behind their actions, whether good or bad. Of course, honesty is always the best policy. It’s often better for the person to get out of the relationship before cheating – or at the very least, be honest with their partner after.

The argument that sluts sleep with other people’s boyfriends is oversimplified. As humanity has proven over and over, if people want to have sex with each other, they’re going to do it, consequences be damned.  Although that woman will sometimes identify as a slut, she by no means speaks for the whole slut-ulation. Sleeping with other people’s significant others is a moral issue, not a sexuality issue. It’s up to you to decide which kind of slut you want to be.

So, ladies, let’s stop hating on each other. Passive aggressiveness is not getting us anywhere and neither is slut shaming. 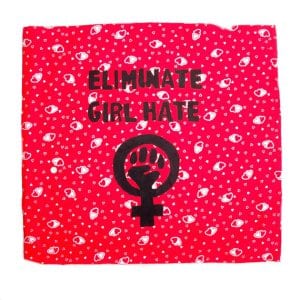