Heteroflexible: The Do’s and Don’ts of Experimentation

Heteroflexible (noun): A person who is interested primarily in the opposite sex, but is open to sexual encounters with the same sex depending on the circumstances. Example: A straight girl with space to experiment. May also be called, bicurious. 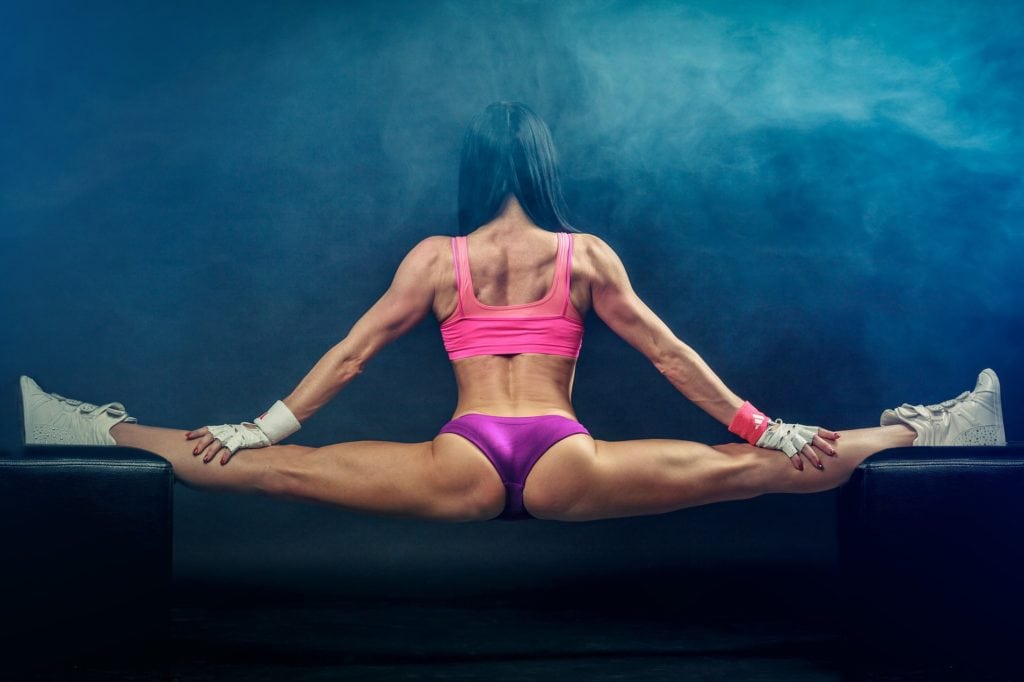 ‘Heteroflexible’ is growing in popularity on college campuses as women get sick of saying, “I’m straight, but making out with other girls is fun.” It’s a placeholder for someone who is experimenting, and it comes with an understanding that sexuality exists on a scale. Not everyone fits neatly into Straight, Gay, or Bisexual. People range from completely homosexual to completely heterosexual, with space for everything in between (and outside of) these categories.

While heteroflexibility offers girls a chance to explore their sexuality, it is often contentious in the queer community. As a lesbian, I fully support girls making out with girls. Kissing girls is fun and experimentation is a great way to understand your sexuality. Yet I can understand why a lot of queer girls don’t like the idea or the term. Queer women, especially college-age queer women, run into a lot of problems with being taken seriously. Lesbians get told that we’re only experimenting and are harassed by men who refuse to take no for an answer.

Bisexual women and other women in the center of the scale have to deal with the assumption, from lesbians and straight men, that they will eventually end up choosing one side or the other or that they just want attention. Straight girls making out for fun encourages the idea that all women truly want is a man. Also in play is the fact that many queer girls have had their hearts broken by the dreaded “straight girl crush,” a feeling that only gets worse if the straight girl made out with you at the bar last night.

These are unpleasant facts of life, but they’re no reason to curb your own interest in experimentation. There are lots of great reasons to test the limits of your sexuality. First of all, it’s fun. Girls are great kissers (in my very biased opinion). It’s also a great way to better understand your own sexuality and where exactly you fall on the scale. Without experimentation, many

queer girls never would have come to terms with their feelings. Finally, it’s an experience, and being young is all about experiencing new things. Heteroflexibility doesn’t have to be a bad thing. If you’re hooking up with other girls (especially queer girls), take a few things into consideration to keep from promoting hurtful ideas and save everybody some heartache. 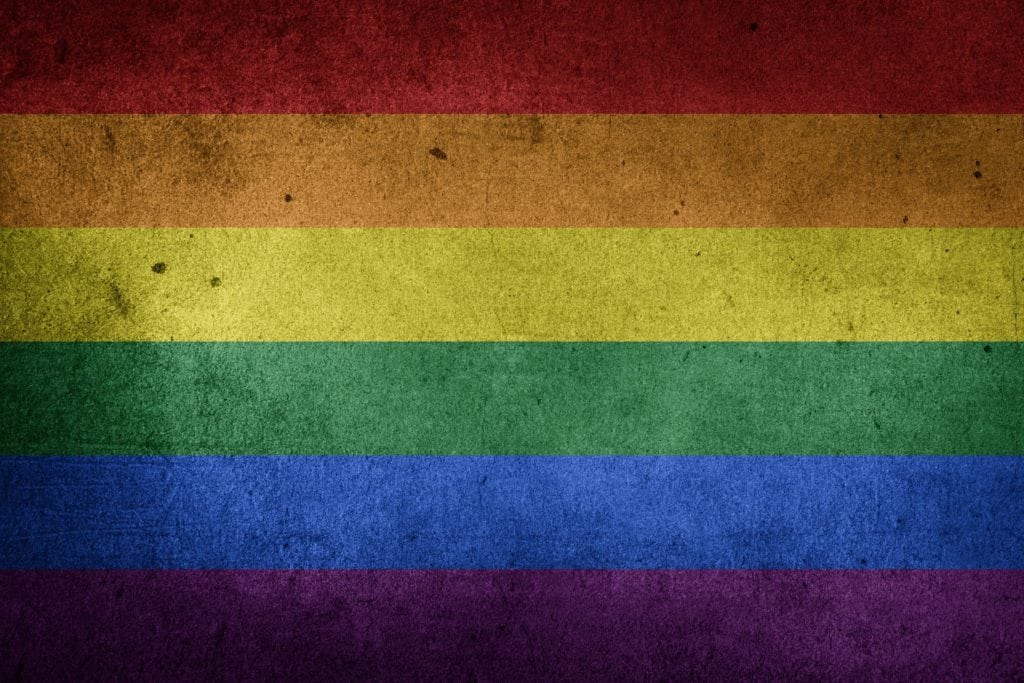 Hooking up with one of your friends can be dangerous ground, regardless of their gender. Know your partner’s limits and what she expects. Be considerate of your queer friends. They may not want to make out with you. They may be worried about developing feelings for you, or you may just not be their type. The more you communicate, the less likely it is that someone will get hurt.

Even if your friend is also just experimenting, you never know where she is with her sexuality. She may be realizing that she’s bisexual, or she may be closeted for her own reasons. Be honest about what you want and your limits. Communicate as much as possible. You may not have time to have a long conversation, but a few sentences can get your point across. “Want to make out, just for fun? You know I don’t date girls, but I like experimenting” is clear and concise.

The rules for hooking up with a stranger are similar: be upfront and honest. She may also be experimenting or heteroflexible, in which case a lot of your limits and feelings will probably match up. Some queer girls may turn you down on principle (lots of people don’t like to be an experiment), but some may be interested. You don’t need a sit-down, serious conversation to be honest about your feelings. You’re off to a good start if you accept a drink offer with “I want you to know that I’m mostly straight, but I do think you’re gorgeous.”

Before things progress too far, get to the important details. If you’re not interested in anything emotional, mention that. If you don’t sleep with girls, mention that too. If you’ve never slept with a girl but you want to try it, that’s also worth mentioning. Just understand that sleeping with a girl isn’t just about her going down on you, reciprocating is part of the deal. Being aware of your limits and talking about them keeps everyone on the same page.

The easiest way to make a hookup fun instead of painful is to communicate early, honestly, and completely. Then listen to what the other person is saying and understand their limits as well.

Don’t: Do It For the Guys

As mentioned earlier, ‘heteroflexible’ doesn’t apply to girls who hook up with other girls only for men’s attention. If two straight girls want to make out for the benefit of an audience, that’s their decision, but it’s not a new place on the scale of sexuality. Heteroflexible girls enjoy making out with other girls. They may also enjoy the male attention, but it’s not the main goal.

If you’re going to try this with someone who is queer, be honest about your intentions. Let them know that a boyfriend is watching. Don’t wait until you’re making out and she is wondering why some creepy guy is staring at you. She won’t be happy to learn that he is the intended beneficiary of your make-out session. The vast majority of girls will say no to this, but as long as everyone is upfront, no one will get hurt.

Do: Shut Down Misconceptions

Whether you’re heteroflexible, bisexual, gay, or any flavor of the rainbow, hooking up with another girl at a party is going to lead to attention, and probably some unwelcome comments. Even if you and your partner don’t mind guys checking you out, a guy pulling out his phone to take some pictures isn’t fun. Neither is the accusation that you’re just looking for attention, or the question, “So are you a lesbian now?”

When you run into these misconceptions, explain what’s happening. If you have the time and the patience, go into how sexuality is a scale. If you don’t, just make it clear that you’re kissing a girl for yourself, not for him. Make it clear that you can be interested in men but still want to kiss girls and it is no one’s business but your own. More evidence of sexuality on a scale makes the world a more positive place for queer people. Showing that two women can hook up for their own benefit is always good, even if one or both of those women only want to sleep with men.

It may not be intentional, but it really sucks to hear some girl say, “You look cute today! But not in a lesbian way!” The same goes for heteroflexible girls who, when asked if they’re gay, are offended to hear that anyone could think they’re a lesbian. It suggests that there’s something wrong with being a lesbian and that’s it embarrassing anyone could even make that mistake.

For the lesbians around you (maybe even the one you were just making out with), that’s going to sting. While it may not be true, there’s no reason to be offended by the suggestion that you’re queer. You can laugh and explain your sexuality, or you can keep it short and just say you like kissing girls. Treating lesbian like an embarrassing or ugly label is hurtful to those who are proud of their identity. 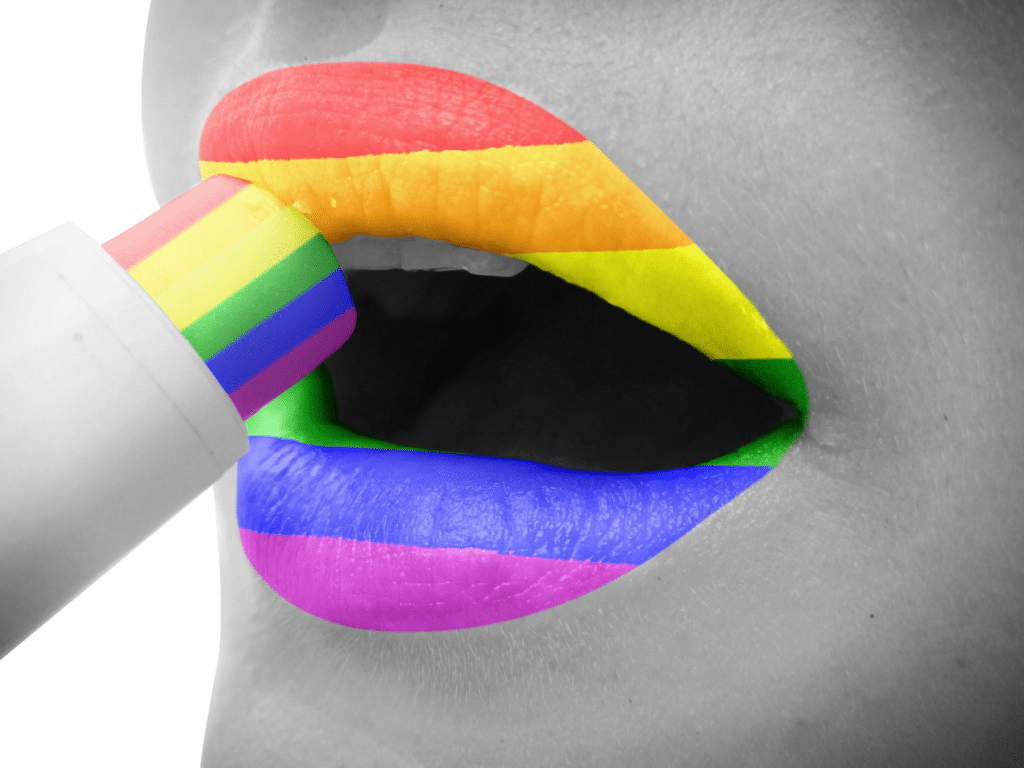 On the other hand, telling people that you are a lesbian, when you intend to go home with a guy later that night, is equally damaging. Once again, this plays into the idea that what all women want is a man, whether they know it or not. Saying that you’re “such a lesbian” after hooking up with a girl at a bar is damaging unless it’s true. It trivializes an identity that is important to a lot of people and encourages jerks who think lesbians are just playing hard to get.

Do: Stay Open to the Possibilities

Most heteroflexible girls are exactly that, heteroflexible. They may want a fling or two, but they could just as easily describe themselves as straight. Still, sometimes experiments produce unexpected results.

Some lesbians kiss a girl for the first time and realize that they’ve never felt this way about men. Even if none of those fit, there are lots of reasons to ditch labels altogether or just refer to yourself as queer. People fall all over the spectrum, and a lot of the time, experimentation is the best way to discover that. Part of experimenting is learning more about yourself, and it can be done in a way that benefits everyone.