We recently had the chance to chat with Isabel and Josie about their new documentary, their experiences in the film industry, and steps to take if you’re interested in pursuing a similar career path!

Could you share a little about who you are, and what you do?

Josie: I’m a filmmaker from Australia and I have a cat. He has nothing to do with the films though, he’s really just there to keep my ego in check. 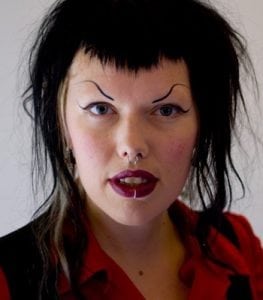 What have your experiences been like working in the film industry? How do you feel they differ from those of your male counterparts, if at all?

Aside from the obvious issue of having my period attracting sharks and bears to film shoots,  I think the major difference can be that women have to prove their ability and skill, where as a male in the same role will be assumed to know what they are talking about. I worked in a computer game shop for years during film school, and the amount of times I’d answer the phone and have the person on the other side ask to speak to ‘my manager’ because they had a tech issue, and upon hearing my little voice they’d presume I wouldn’t be able to walk them through simple PC issues. Still, it does seem to be changing. 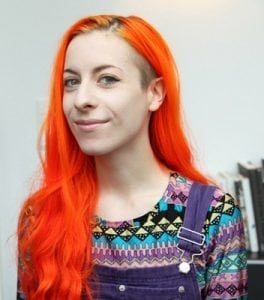 Isabel: I totally agree with Josie. It is about the difference in expectations that you always face as a woman working in lead creative roles in the film industry that gradually erodes your confidence and sense of belonging within that space. Sure you can fight it and try to ignore it, but it is still a problem and must be acknowledged if we are to ever have change. Beyond that, there is also the issue of unconscious bias where people just want to work with their ‘mates’ and others that they relate to. Recent data analysis of the last 10 years of film production in Australia shows that more than 75% of the male producers in the industry worked with only one or no women in key creative roles. This means that there are simply less opportunities for female directors to find the experienced producer that they need to be eligible for financing.

What challenges have you faced and overcome?

Josie: I don’t really like thinking about life in terms of challenges, but I guess coming from a rural town and moving to the city by myself when I was 17 was a bit of a hurdle. I lived with a history student studying human rights though, so I just learnt a buttload about ethics and how to do the dishes properly (sort of).

Isabel: Making my short stopmotion animation Butterflies was ridiculously hard physical and psychological labour. Even though I had a good budget it ran out very quickly so I ended up building a bulk of the sets, props, and puppets myself. The world of the film and the characters took about one year to create and then the stopmotion animation, which is a gruelling, painstaking process, took another year on top of that. Because you can’t have any natural light on an animation set, I was basically cloistered in a blacked out studio for almost a whole year, working seven day weeks for the last few months. I’ve looked at photos of me when I finished animating the final shot and I look so exhausted, like a woman who has just given birth! 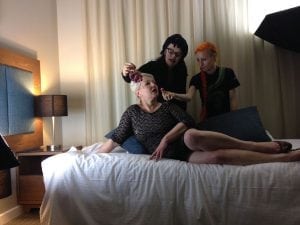 Where did your inspiration for Morgana come from?

Josie: It was just a process of identifying an amazing story and knowing we had to capture it on film. Both Isabel and I have interest in sexuality, women’s health, and the ramifications of social expectations so it was a perfect fit for us to document.

Isabel: I was really just inspired by the character and her story. Getting to know her, where she came from, where she was going, and the work she was making constantly fed into my creative process and my concepts around narrative structure and imaginative visual elements.

This film focuses on a topic that is often times considered taboo in society. What stigmas have you noticed while working with this subject? 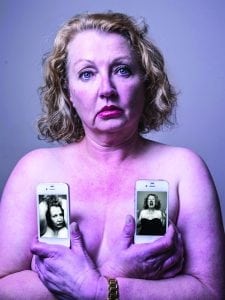 What are some of the most interesting things you’ve learned about aging and sexuality while producing this documentary?

Josie: I was already a convert to the importance of exploring alternative sexualities and diversity on screen when we started this project, but I’ve certainly had some assumption and hunches confirmed. Like the prevalence of skin hunger (lack of touch making humans unwell) within marriages.

Isabel: I guess what I’ve learnt is how taboo it still is for 50+ women to have a visible sexuality and how much the world is hungry for a character like Morgana to bust in and break down some of those taboos. There has been such a big response to Morgana’s work, within both the ethical porn world and through the coverage in the mainstream media, that it’s clear to me that the world still needs this story and this conversation. Personally, I think the important thing is that all types of bodies should be allowed to have a sexuality without being derided or fetishized. 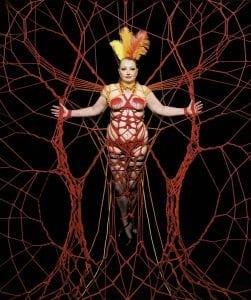 What advice do you have for readers interested in a film career?

Josie: If you are interested in making films, just start making them – pick up a camera, use the default editing software on your computer, and start to learn how films are constructed by doing. Or go to film school, both ways work.

Isabel: Abandon hope all ye who enter! Ha ha!! No, I would agree with Josie. With digital equipment being readily available and relatively affordable (compared to film gear in the past!), I would say to just get out there and start making your stories. Aside from that, cherish your relationships with crew, collaborators and other people in the industry. This is a business that runs on lasting personal connections with people and it is a long game. Be kind and respectful to everyone you encounter and do your best to find the other creatives, producers, distributors etc. that you genuinely get along with. Those relationships will help build your future as a filmmaker.

You can support the making of Morgana and be a part of sex positive filmmaking HERE.