The History of the Flapper

Many of us are familiar with the image of the 1920s Flapper, and yet not many of us actually understand the ambivalent meaning — social, cultural, and political ideas — that came together to form this symbol. On one hand, the image of the New Woman, or Flapper, is viewed as a representation of feminism. American women had just gained the right to vote in 1920 with the ratification of the Nineteenth Amendment to Constitution. Also, the less form-fitting styles of the 1920s that gave way to exposed arms, legs, and necklines have became an element in representing women’s sexual freedom, and a trend toward androgyny. 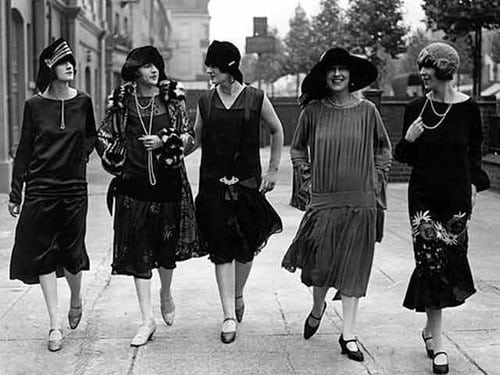 However, some claim that flapper style – boyishly cropped hair, dramatic “vamp” makeup, loose, amorphous frocks, and so forth – is in fact less representative of a move toward androgyny, and more so a move “towards a distant and hazy ideal of pre-pubescent female youth”. In other words, instead of moving toward a gender-neutral condition, the youthful flappers were actually moving away from the adult female bodies just so that women remained “non-threatening to the continued operation of patriarchal norms”.

It is claimed that Olive Thomas (originally Oliveretta R. Duffy) was the first flapper in American history. Thomas was born in the working-class steel town of Charleroi, Pennsylvania in 1894. Although her first marriage only lasted two years (1990-1992), her divorce somewhat gave her class and background. After the divorce, Thomas moved to New York City with a confidence that her beauty would assure her success there. Indeed, her beauty brought her the first prize in a magazine-sponsored “Most Beautiful Girl in New York City” contest. Soon after, she became a model for promoting the Victorian “Gibson Girl” in 1915. 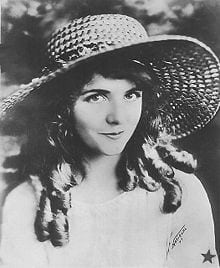 Flappers in the Media

In The Girl on the Magazine Cover: The Origins of Visual Stereotypes in American Mass Media (2001), the Gibson Girl represents “the simultaneous embodiment of cultivated, Anglo-Saxon elegance and energetic, healthy womanhood”. It was a film called The Flapper (1920) that changed Thomas’s iconic image from “Gibson Girl” to “Flapper.” Ironically, Thomas was found dead in September 1920, after earning the title of “the first flapper.” As Liming claims, “Thomas might have been the first flapper, but she was far from the last, becoming an ultimately replaceable figure conscripted for use in the programs of jazz and modernity alike”.

Through the case study of Olive Thomas, we understand that the representations of a woman’s place were ambivalent and sarcastic in the 1920s. Although the flapper image dominated the decade’s magazine covers, they symbolized a wider tendency toward ideological submission in Western. As Carolyn Kitch asserts in The Girl on the Magazine Cover, “neither sophisticated nor smart,” the flappers were “self-absorbed and silly,” and “a joke”. 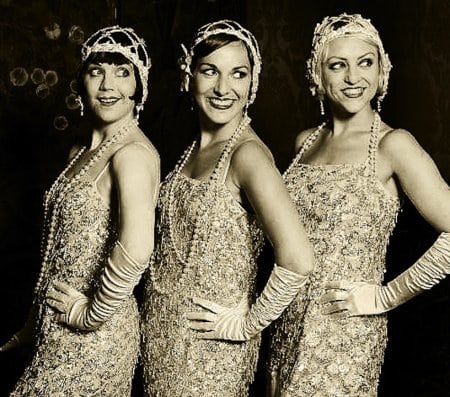 Interestingly, it is not difficult to find out that black college graduates appeared on 1920s African American magazine covers with the same appearance as Caucasian grads. However, rather than illustrations, these women were portrayed via photograph. The reason given in Girl on the Magazine Cover is that “in an era where black achievement was denied, illustrations were too suggestive of idealization. Photographs gave the covers necessary realism”.

Another controversial aspect that can be found in 1920s magazine covers is the image of babies and children. While the images of Flappers were popularized on magazine covers for Life, Vanity Fair, the New Yorker, Smart Set, and others, “family values” also became the dominant motif in the 1920s American magazine covers. As Kitch suggests, baby covers “helped idealize American childhood as a white, middle-class, suburban experience, while also […] naturalizing the typicality of those families as ‘American’”. 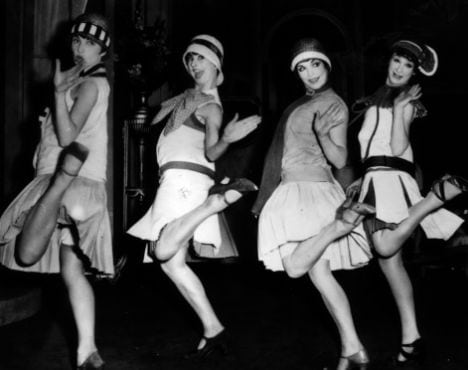 Whether it were Gibson Girls, Flappers, African American flappers, or babies, through looking back at the dominant female images on the magazine covers, we come to understand how magazine covers reflected contradictory beliefs about the changing roles of women in the 1920s in America. In fact, “the boundaries of what’s thinkable about how women look, act, and behave” are set through the repeated impressed images on the minds of viewers, which then results in the shaping of the gender expectation in a society. Even though “the first flapper” was established in order to maintain the patriarchal norms in 1920s, it has become a genre dedicated to the interchangeability of women. The death of Oliver Thomas brings the Flappers back to life.