We chatted with Joanna angel about her journey into the industry, most outrageous sex scene, advice, and more! 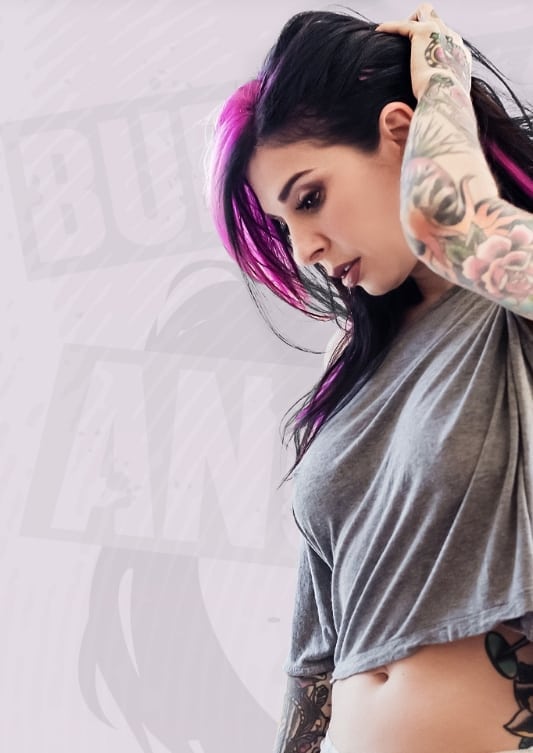 What inspired you to pursue a career in the adult industry?

My original inspiration for wanting to work in adult was to explore my own sexuality, and create an environment for other weirdos like me to do the same. I also had a fear of graduating from college and becoming a boring adult, and while this is technically a job in “adult” I’m able to live my life not feeling like a real adult and I enjoy that. If that makes any sense!

What does a typical work day look like for you? 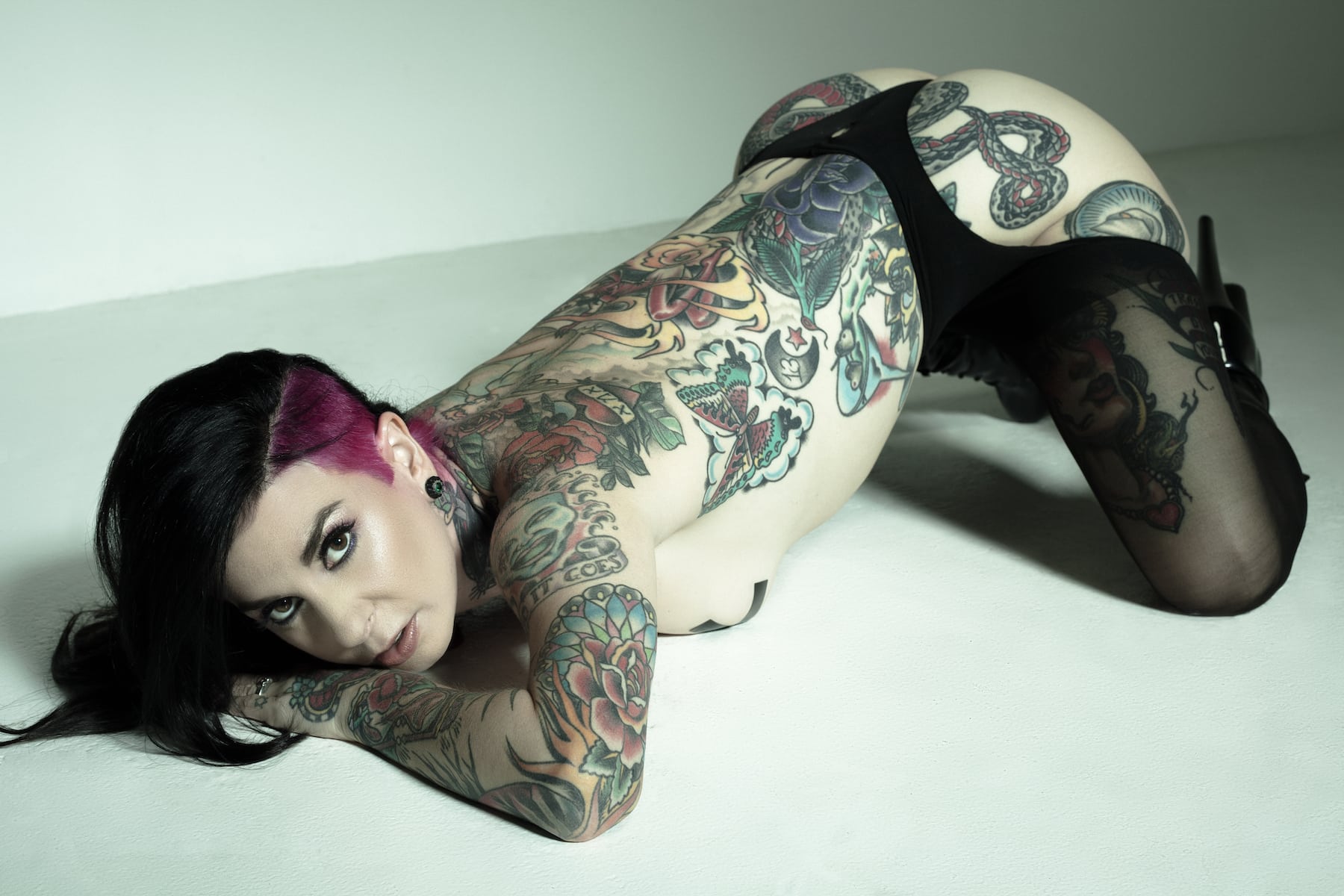 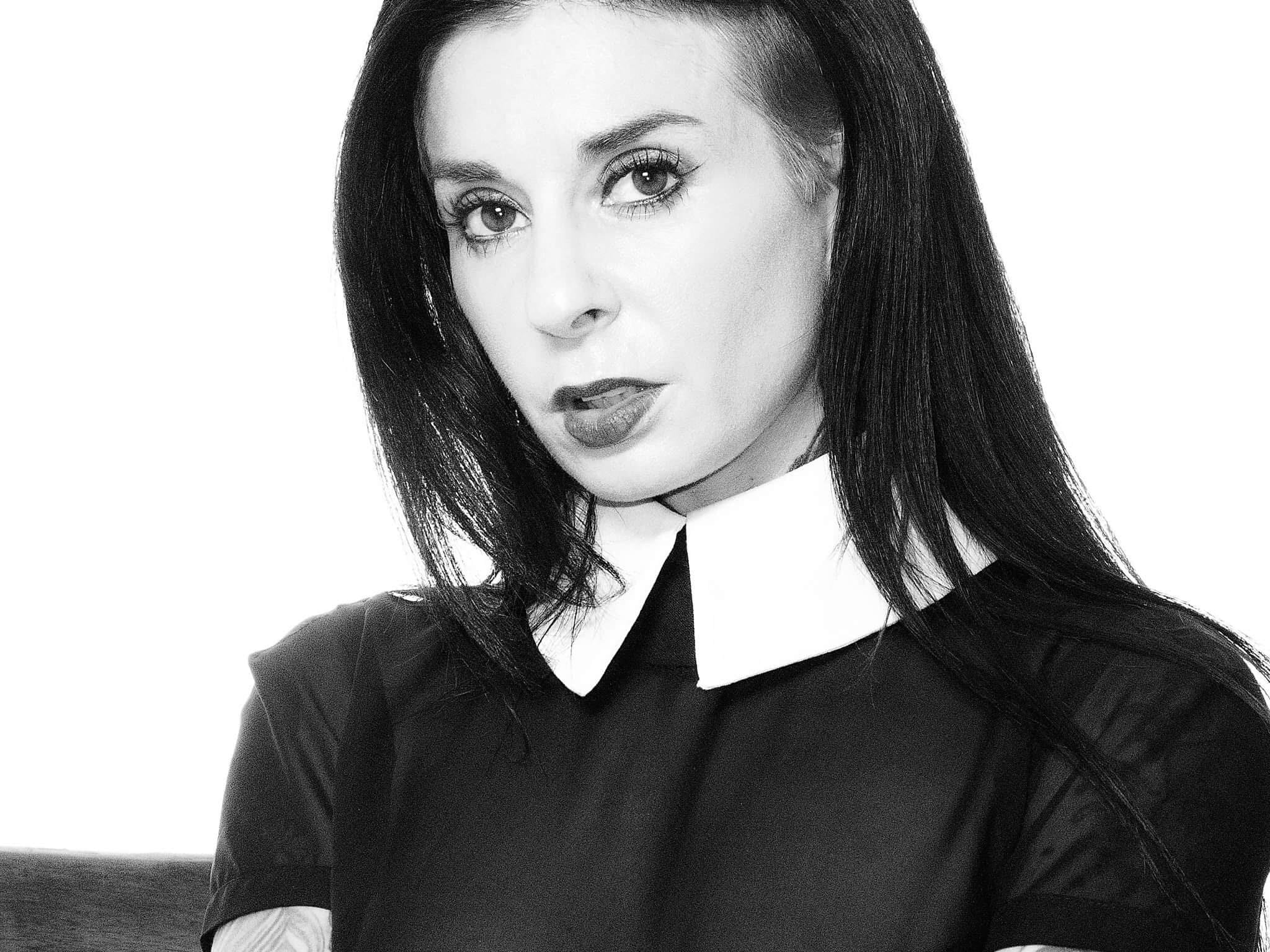 What is the most outrageous scene you’ve ever done?

Hmm. Well, in my latest gangbang I had the “Ascension Suspension” crew breathing fire, and hanging from hooks on a stage behind me while I did double-anal. But in all honesty it didn’t feel so outrageous, It felt rather beautiful, but I would imagine most viewers would find that to be outrageous. However several years ago in the parody of Evil Dead (called “Evil Head”) that I produced, I did a scene with three other “dead” girls in a graveyard, along with Tommy Pistol who played Ash in the movie. Since it was a graveyard scene it had to be shot late at night, so the sex took place around 3 am. The scene also began with all of us coming out of the graves, so we had to be buried in dirt for multiple takes, not to mention we were covered in zombie makeup and all wearing white contacts that none of us could see out of. On top of it all, if you remember, Ash had a stump for an arm (you know, it was cut off by a chainsaw) so, to stay true to the character Tommy’s arm was all taped up inside of his shirt. So between the hours of 2 and about 5 am, myself along with 3 other girls covered in fake blood, dirt, and full body zombie paint all fucked a guy who could only use one of his arms. I’d have to say that was the most challenging, and most outrageous scene I ever did! 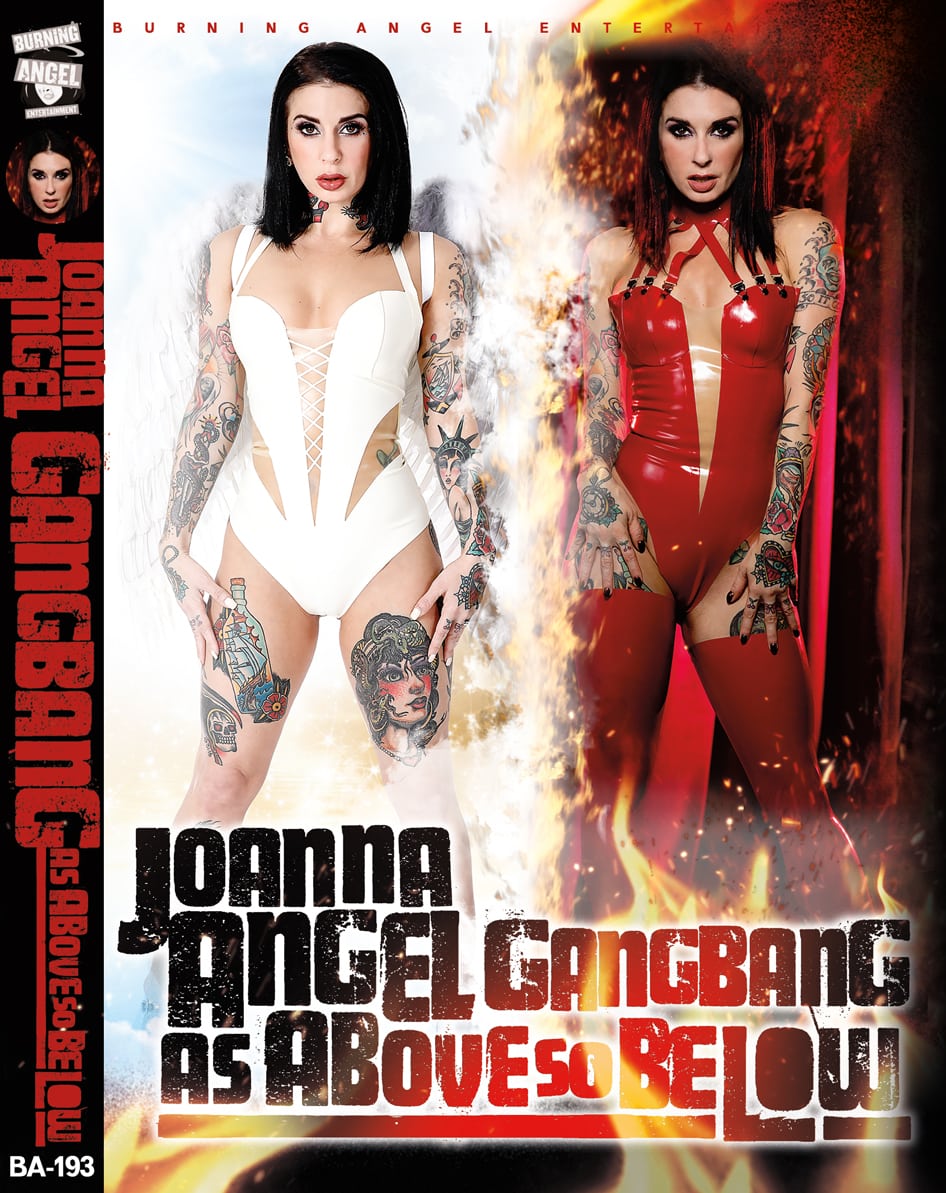 You’re not just a performer, but also run, produce, and direct films for a very popular site, BurningAngel.com. What do you enjoy most about being on the other side of the camera?

I enjoy creating, I enjoy coming up with ideas and watching them come to life, I enjoy writing scripts, and I enjoy pairing people up and seeing what type of magical sex will happen before my very eyes. And most importantly, I enjoy the product coming out and giving boners to people around the world. I enjoy the whole process of being on all sides of the camera! 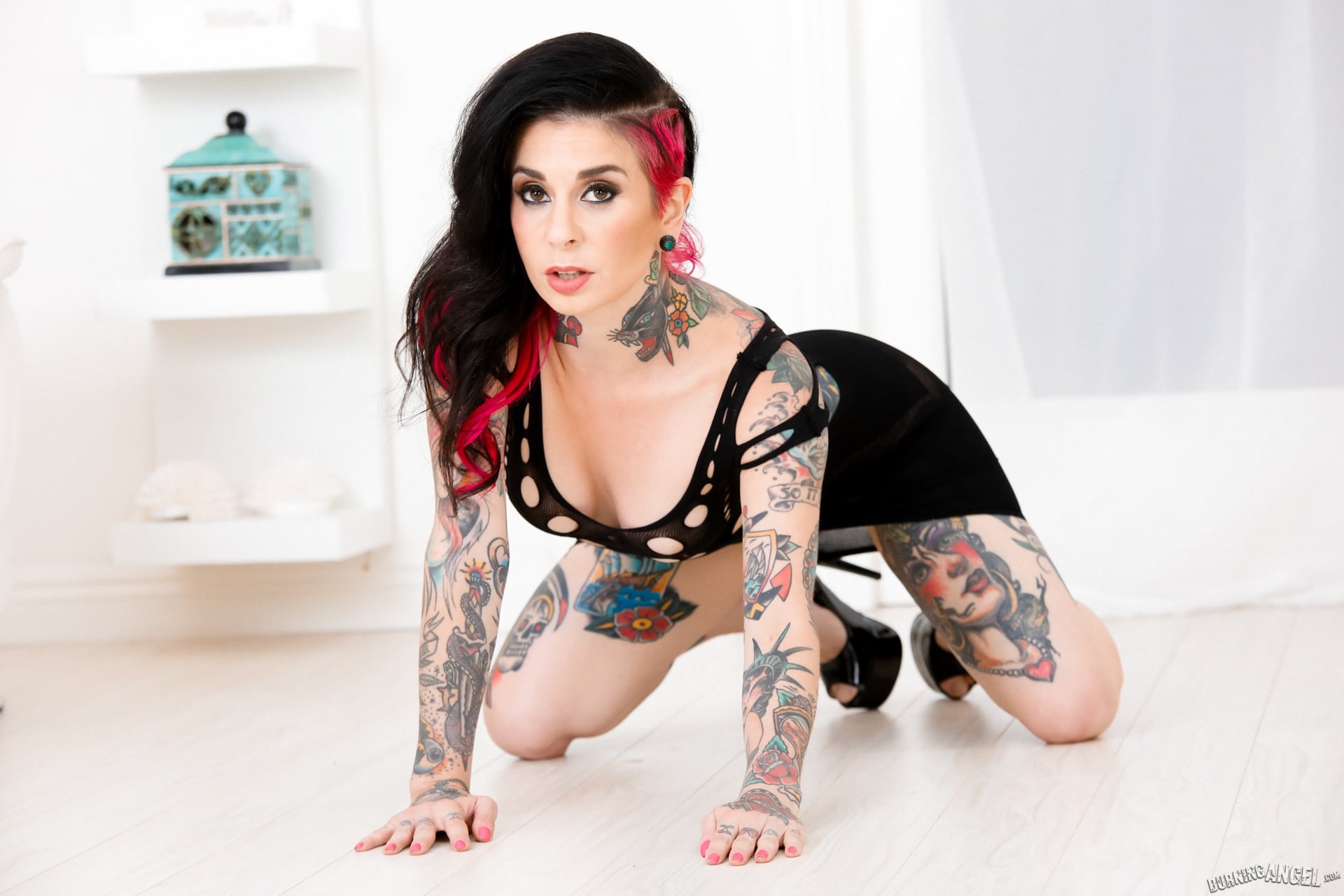 Earlier this year you released your book “Night Shift: A Choose-Your-Own-Erotic Fantasy.” How did the idea for this come about?

I have always wanted to write a book- I did after all go to school for writing once upon a time. Cleiss Press approached me to write an novel after I contributed a chapter to an erotic anthology put together by Asa Akira (called Asarotica), and my gears in my head started turning thinking of a way I could write about people I’d met and things I experienced in adult without writing a memoir…. and well… Night Shift came to mind. All the characters were inspired by a mix of friends and fans I’d med over the years, but put into a fictional world I created. It was such a wonderful opportunity and I have truly enjoyed all the feedback I’d been getting. 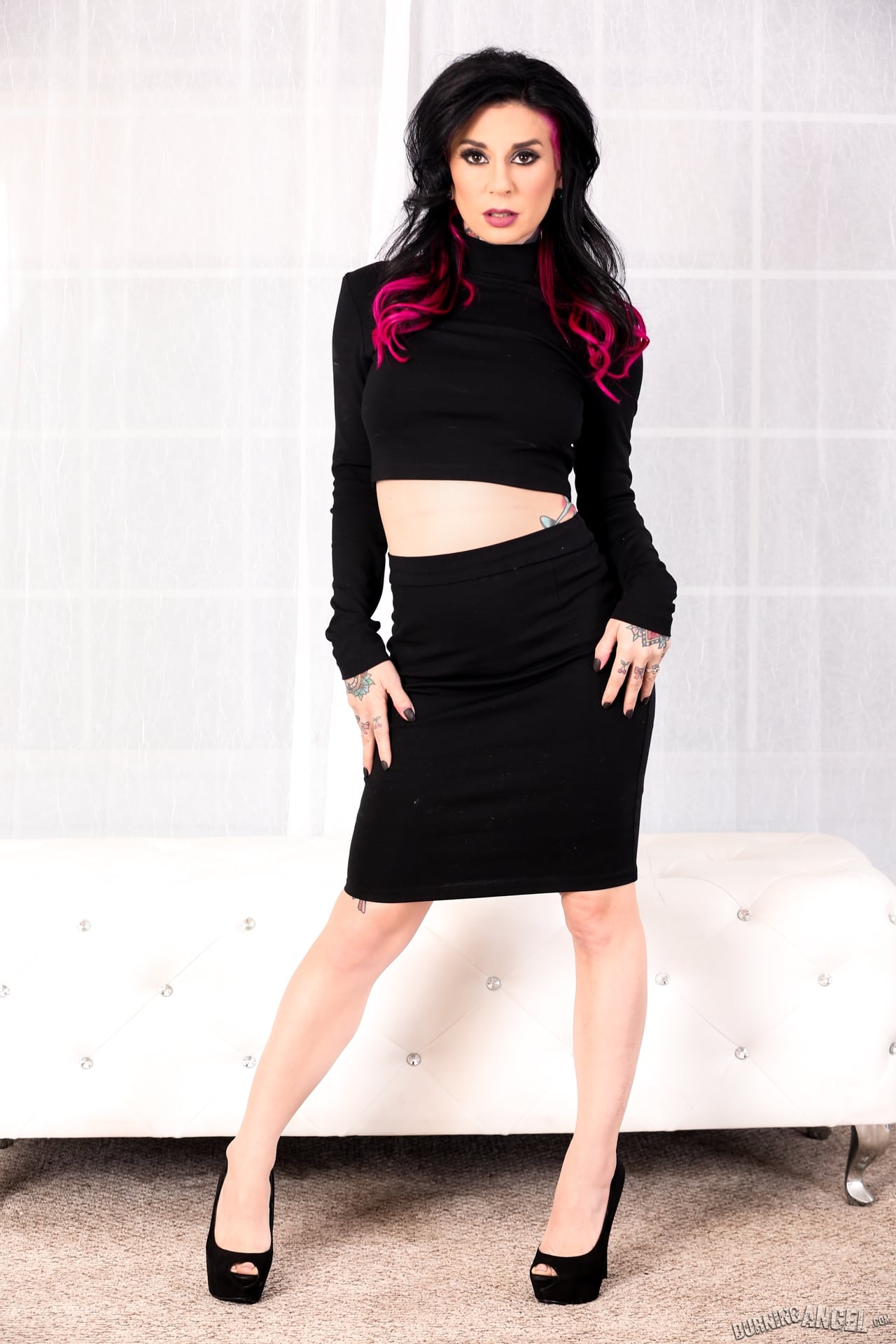 Do you have any other projects we can look forward to?