Pink Peen Phobia, or Why I Haven’t Slept with a White Guy

“Daaaaaamn, that penis is pink!” Those words from Ilana Glazer’s character on Broad City causes me to snicker every time. I love it so much that the phrase is a permanent part of my vocabulary. And honestly, that’s as close as my mouth has ever come to one.

In my 23 years, I have never dated or slept with a white guy and I began wondering why penis portfolio hasn’t been diversified. 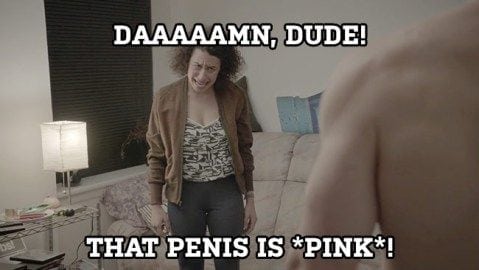 I grew up in rural Mississippi and up until I was around 12, I was in predominantly black spaces. When you are only around a single group of people, you don’t really consider there being a reason why you find one person more attractive than another because there’s a lack of exposure. On a more serious note, I have to be realistic about the history of interracial relationships in the south. The effect of Jim Crow laws have unfortunately been long lasting. You would think that mentality would diminish with the older generations that perpetuated those rules. However, those ideologies get passed down and continue to live in present generations. Even my own parents expressed discomfort when I brought up possibly dating a white guy, during my undergrad.

Have you ever heard the saying “if she can’t use your comb don’t bring her home?” If you didn’t watch marathons of Martin, you probably missed that little gem. My parents probably gently discouraged me from dating interracially in an effort to protect me from potential violence or threats. It’s not the best approach but my parents always tend to be cautious. As I have gotten older, the phrase has taken on new meaning in regards to having to explain being a black woman to someone who would have a relatively hard time understanding. A few months ago I made fast friends with a pink peen owner on Twitter who was interesting, and was interested in my knowledge about skincare and photography. Not being asked “wyd?” every five minutes and enduring dry conversation was new for me. Usually I’m rolling my eyes at my phone out of boredom.

But… There’s Always a But

There are a few things that make me apprehensive about dating white men specifically, and that includes potentially being fetishized, microaggressions, and straight up cringy ignorance. The bliss of good conversation came to a swift halt when he revealed genuinely wanting to use durags and kept commenting on me being “thick”. Durags can be a great fashion accessory and my thighs are luscious, but in the back of my head I felt uncomfortable. And what if we delved into politics and social issues and he was trash? I would be so uncomfortable. Even worse, what if we got in an argument and racial slurs started flying? That’s an insult foreign to me and I don’t know what my reaction might be. And here we have what I call “pink peen phobia”. All the hypothetical situations I create in my head that have somewhat immobilized me in regards to expanding my dating pool.

There’s a beauty in sharing cultures and experiences with people different from your own. What if I’ve been limiting myself out of fear? What if I don’t have to teach someone about being black, but they want to teach themselves? (Side note: that is a great idea for people who don’t understand the problems of historically oppressed groups. It’s not the responsibility of the oppressed to educate you entirely).

Maybe I’m just overthinking things. Maybe receiving backhanded compliments about being pretty in spite of being black has me jaded. Can I be aware of racial issues and speak on racial topics without them being perceived as racist? Where do I go from here?

I have so many questions and so many concerns and I would love to know where any readers stand on this topic. And, if you are a fellow woman of color who grapples with these issues, how are you navigating the dating world? Drop your reply in the comments below. 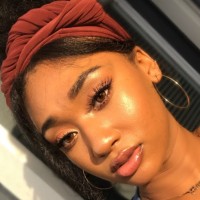