Is Wanting Your Partner to Orgasm Selfish?

For nearly all of western history, men have enjoyed uncontested social and sexual dominance. Yet, the modern man has developed a bad rap, especially in the bedroom.

This narrative is best exemplified in sitcoms. The male and female characters exchange knowing glances and make some thinly veiled double entendre before they rush upstairs. When the camera returns, the heteronormative couple is laying in bed in a state of post-coital dishevelment. The husband character beams and lets out a gratified sigh, oblivious to his obviously unsatisfied wife’s disgruntled pun on the word “finished.” Parents watching assume it will go over their kids’ heads. End scene.

From sitcoms and movies, to magazine articles, the trope of the selfish male lover is a staple in modern media. Between accusations of neglecting foreplay, and a rumored inability to locate the clitoris, the pitiful stereotype of the oblivious straight man in bed is ingrained in society. As a child, I made “men can’t find the clit” jokes well before I had even determined its exact coordinates myself. According to these stereotypes, straight men are one of two things in the bedroom: deliberately selfish or just plain clueless.

Patriarchal Oppression …of the Clit

Rather than break down the problematic binary of selfish vs. clueless, Cosmopolitan has reduced male sexuality to only one option: deliberate selfishness. In a recent article,“Why Guys Get Turned on When You Orgasm – and Why That’s a Bad Thing”, the magazine announces that not only can men find the clitoris, but they are harnessing its powers for their own evil gain.

“Of course guys manage to make YOUR orgasm about themselves,” the magazine subtitles. Assuming that straight men are inherently evil, the article explains that men “derive a specific sort of masculine pleasure from making female partners orgasm,” and that somehow, that’s a bad thing.

The article cites a recent study, published in The Journal of Sex Research, which reports that men feel “more masculine” and experience “high self-esteem” when a woman experiences orgasm during sex. High self-esteem – sounds great, right? Wrong, apparently. According to the study, this post-orgasm self-esteem boost “complicates conceptualizations of women’s orgasms as women-centric,” thus condemning a man’s own sense of self-esteem to patriarchal oppression.

The researchers go on to examine the problematic implications of men “giving” women orgasms at all, “as if orgasm is something men pulled out of a hat and presented to women.” In a tenuous squabble of semantics, the study insists this phrasing “ties into cultural ideas of women as passive recipients of whatever men give them.” To summarize, the female orgasm happening to come from a man’s sexual involvement or interest is now a manifestation of patriarchal oppression.

Damned if You Do, Selfish if You Don’t

This isn’t the first time Cosmo has launched a witch hunt for men experiencing any type of personal gratification during sex. Earlier this year, the magazine graciously outlined “15 Sex Things Guys Are Way Too Proud Of.” According to the article, “because the bar has been set so extraordinarily low, men expect to be rewarded for every teeny tiny gesture during sex that isn’t 100 percent selfish.” It elaborates, “every man who isn’t solely focused on his own orgasm thinks he’s a feminist gift to all women, and low-key believes he deserves a pat on the back for every good sex deed he performs.”

Among the most heinous crimes which men allegedly get personal gratification from are: “Realizing your clit exists,” “Making you orgasm one single time,” “Saying ‘I love it when you come,’” and, god forbid, “Offering to get a condom.” Ladies, you’ve been warned. Behind every Tinder match who seems to care about your pleasure is a monstrous sociopath, who is trying to protect the two of you from STIs and unwanted pregnancy, and *GASP* even wants you to orgasm!

Welcome to the Sex-Positive Movement: No Boys Allowed

This kind of rhetoric is an unfortunate example of overreaching, radical feminist values clashing with true feminism and sex-positivity. A situation in which someone orgasms and everyone feels good about it is the sex-positive ideal. However, the more radical, separatist approach to feminism insists a straight male sex partner take only the most self-flagellating and abstinent approach to the female orgasm. Apparently, your pleasure only counts if the man derives no pleasure whatsoever.

Cosmo’s accusatory approach to men’s enthusiastic participation in closing the orgasm gap is not even the most problematic example of conflicting values. In other cases, Cosmo simply reverses and weaponizes the double standard, rather than eliminating it. In the above-mentioned list, Cosmo mentions that men “Telling you they want to wait” is another male sexual gratification tactic. According to the article, “Guys think women will throw themselves at them if they say some shit like, ‘I care about you too much to have sex with you on the first date.’” This, the article says, “is just another way of saying ‘I can’t respect any woman who would slut it up with me on date one, and I respect you, therefore we can’t fuck.’ That’s just fancy slut-shaming and I can see straight through it.”

So, women can say no to sex on the first date, but men can’t – because if they want to wait to have sex, they’re slut shaming? This approach is highly disturbing, because it frames a man’s refusal to have sex in an archaic “no means yes” mentality. The article stakes its argument on the assumption that men always want to have sex, and if they say no, it’s still part of some underhanded, patriarchal scheme to get a woman into bed. This kind of drastic overreach weakens feminist arguments, and introduces some very dangerous – and largely overlooked – assumptions about male sexuality.

Everyone is Selfish in Bed

The study cited in the Cosmo article only included males. It presents no data about the female psychological response to a partner’s orgasm. Is it selfish and man-hating for a woman to feel pleasure and accomplishment about her partner’s orgasm, too? What about same gendered couples? The study’s implication that the ego boost from orgasm is uniquely male, and therefore sexist, is completely groundless. If anything, the study proves that interpretations of “gendered” behaviors and mentalities are often skewed.

Almost everyone feels good about making their partner orgasm – male, female, queer, straight, and everyone in between. You can enjoy giving your partner an orgasm for your own benefit, as well as theirs, that’s all part of the give and take of a healthy, happy sex life. To some extent, everyone gets off from getting other people off. Call it selfish, but at the end of the day, someone still orgasms, and everyone feels good about it. Live and let come. 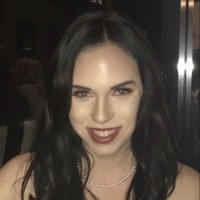