If you’re an American and not thinking about the 2016 presidential election yet, well, better late than never. With the primaries already in motion (the Iowa Caucus kicked things off on February 1), it’s beyond time to consider who you’ll be casting your vote for. Whether you’ve already voted or you missed the opportunity to make your voice count in the primaries, it’s still important to keep a close eye on the race.

Though the primaries aren’t the “main event” of the 2016 election, they’re still extremely important. They’re an opportunity for registered voters to choose the candidate they want to represent their party during the election. Even if your candidate doesn’t end up as the nominee, it’s still important to pay attention to their opinions and the opinions of other candidates. If their stance on an issue hit it big with the voters, it’s likely to be adopted by the nominee from that party.

There are so many issues that are important in 2016. Big topics such as gun control, foreign policy, and terrorism are at America’s forefront. With a plethora of information out there, from online resources to the live presidential debates on television, it’s easy to figure out what a candidate’s stance on the issue is. There are also a ton of candidates – way more than the front-runners I will highlight in this article (as made evident after the Iowa Caucus results came in). It’s important to fully understand what your candidate believes in before you cast your vote. 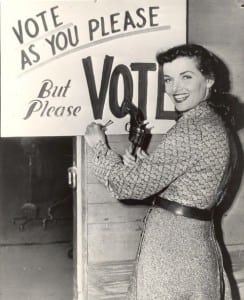 The candidates are listed Democrats first and Republicans second, in order based on their rank during the Iowa caucus.

Experience: Former Secretary of State, she has served in elective office for a total of 8 years between 2001 and 2009. Hillary’s gotten a lot of flack for Benghazi and e-mail scandals, and many liberals who oppose her also note that she’s changed her opinion on issues (i.e. supporting “traditional marriage” in years past) rather than staying strong in her opinions.

Clinton has changed her view on gay marriage. Whether that was due to personal growth or a political agenda, we can’t really know. As for foreign entanglements, throughout her career, Hillary has been very involved. Her opinions seem to side more with cooperation than war, including allowing Syrian refugees into the country.

My vote? I don’t agree with all of Clinton’s opinions, but I can get behind a lot of them. Bonus: While I guess it’s not a reason to vote for her, she would be the first female president – and that’s pretty awesome!

Experience: A U.S. Senator for Vermont, Sanders was first elected to public office in 1981 and still holds it to this day. That’s 34 years total. Sanders’ supporters love the fact that he has held fast in his opinions about the big issues over the years, from marching with Martin Luther King, Jr. on Washington during the Civil Rights era to consistently voting pro-choice.

Sanders has the most liberal view of all the candidates. He’s been consistently pro-choice and LGBT friendly. When it comes to marijuana, he’s not only spoken up about legalizing it in medical form and decriminalizing it, but wants to take it off the controlled substance list as well. As for foreign policy, he believes in negotiation and focusing on concerns that particularly affect the US instead of policing the rest of the world.

My vote? He’s got it. #FeelTheBern 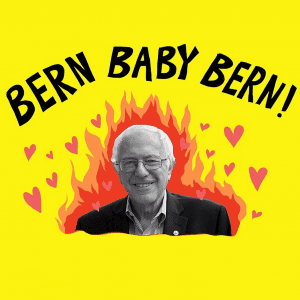 Experience: A U.S. Senator for Texas, Cruz has served in elective office for two years. Cruz is very bible-driven: his religious opinions strongly impact his political ones, particularly when it comes to abortion and gay rights.

Cruz is deeply conservative and religious. His views on abortion are perhaps the most extreme. To start with, he really, really hates Planned Parenthood, even stating that Planned Parenthood sells the body parts of unborn human beings. (Um, what?) He’s anti-gay rights, doesn’t believe we should continue to demand equal pay… I could go on and on. As for marijuana, he has a surprisingly liberal viewpoint, believing that it’s the state’s right to choose whether or not it’s legal.

My vote? No way. Unfortunately, I find all of the Republican candidates to be too extreme in their social views to ever consider voting for any of them this election season. (At least he doesn’t think weed is pure evil?) 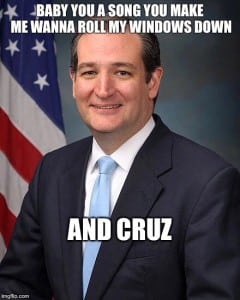 Experience: The president of his own organization, Trump has never held elective office. He has, however, been very vocal about his extremely conservative views.

While Trump wants to avoid foreign entanglements, he also wants to build a wall, kick out immigrants, refuse Syrian refugees, and has even said things like, “We must deal with the maniac in North Korea with nukes.” I’m not convinced Trump knows what it means to stay out of the business of other countries. (You could say refusing refugees is avoiding a foreign entanglement, but either way you side on the issue, it doesn’t just affect the United States, it affects the world.)

My vote? Let’s just say I will definitely move to another country before 2017 should he win the election. 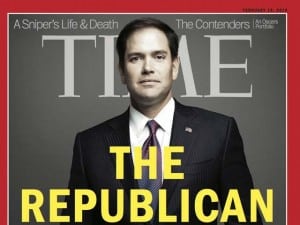 Experience: A U.S. Senator for Florida, Rubio has fifteen years’ worth of experience in elective office. Many voters don’t like the fact that Rubio has missed Senate meetings during his campaign – over 14% from January 2011 to February 2016. (The median is 1.7%.)

While Rubio has been vocal about his opinions on abortion, he also has noted that a woman’s right is law. He’s acknowledged that it’s a complex issue and that we should work to reduce abortions, something some Democrats might agree with. While he’s supported “traditional marriage” he has also accepted the fact that marriage between members of any sex is law. He’s also alright with medical marijuana. While his personal beliefs are conservative, Rubio can accept that not everyone’s are and has come to terms with more progressive laws. As for foreign policy, he believes only America can stand up to totalitarianism.

My vote? Rubio is probably the least scary of the Republican candidates. 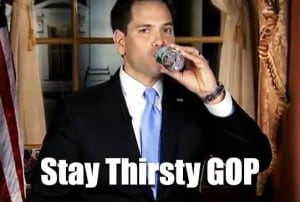 Obviously, these aren’t the only factors you should take into account when voting for the next president of the United States. Remember, in some states you can only vote for a candidate from the party you are registered for during the primaries. This is called a closed election, but it doesn’t mean you shouldn’t pay attention to other parties – you might choose to vote for another candidate come Election Day. If you aren’t registered to vote, look into doing so. In some states, minors can even vote in the primaries if they’ll be of age during the November election, so encourage your little sister to get her butt to the polls, too. Not sure when the primary is in your state or if the election is open or closed? Check here.  And hey, whether you agree with my opinions on the candidates or not – even if your favorite candidate isn’t on this list! – get yourself out there so your choice means something! 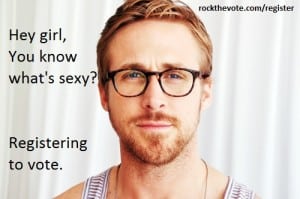 I used http://presidential-candidates.insidegov.com/ to compare the candidates while writing this article. Still not sure who you’re voting for or even what party you identify with? ISideWith.com provides a quiz that really helps you narrow it down!