The 7 Chicks Who Make Up Your Crew

The crew. We all have one. Our main bitches, our ladies, the girls who tuck us in at night when we’re too drunk to function and bring us lattes the next morning… You know what I’m talking about. These are the lovely women who the fates of college bound us too by the powers of wine and crafting. Hell, by now you probably know your girls better than you know yourself. You keep up with their boy drama via a 24/7 live text feed, class schedules are taped to the fridge so you always know where your girls are, and you’ve all spent so much time together that you’ve started to develop your own vernacular.

But no matter how unique, or special your ladies are, a girl crew is a girl crew, and, as much as we like to deny it, we’re really not that different. In fact, most crews are made up of slight variations of the same seven personalities. How does your crew match up? 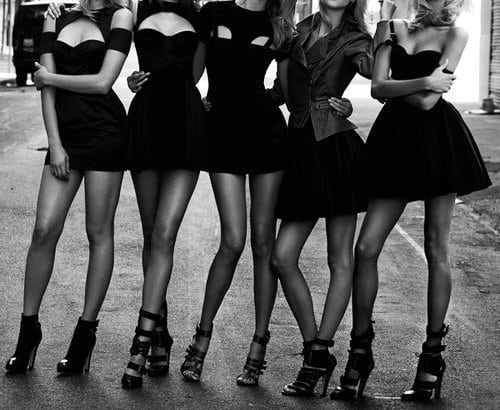 The leader knows where shit is happening. She’s got friends in every frat, and is invited to literally everything. Going out with her ensures making plenty of new friends, but only staying long enough to catch a name before hustling down the street to the next party. Good thing she knows how to rage, because going out with her guarantees a good time and some quality rule breaking

This girl is strong headed, and demonstrates confidence as high as the Eiffel tower. She isn’t scared to call anyone out, or put them in their place. In fact, she might even pick fights on purpose. While she may be slightly psychotic in the wee hours of the night, she always has the best stories in the morning. 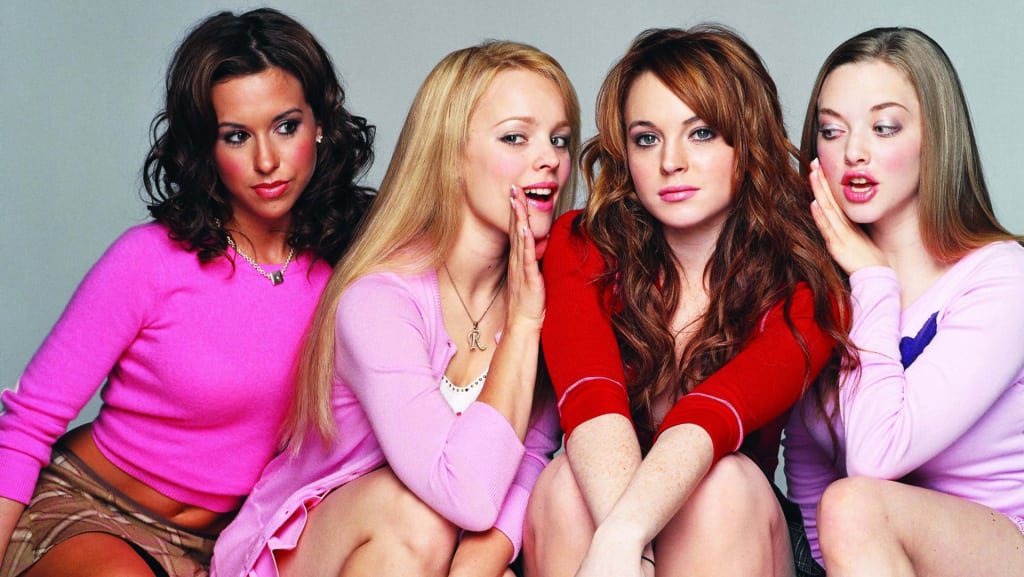 The Second In Command

This girl earns the title second in command rather than co-Pilate, because she’s too irresponsible to organize anything more than her Skyy bottles on the mantle. She is the bad cop to The Leader’s good cop, and the spice to her sugar.

Guys love The Second In Command because she’s bubbly and adorable. Girl’s don’t know what to do with her, because she’s infamous for either, 1) blacking out before ten and going to sleep, or 2) ditching her friends at a party and disappearing for three days without a working phone. You never know what you’ll get.

You can think of her like your kitten. Sometimes she’s a sweetheart and you just want to snuggle her to death. Sometimes she goes into hiding. And sometimes SHE’S CLIMBING YOUR BLINDS AND BITTING YOUR LEG AND WON’T CALM THE FUCK DOWN AND YOU CAN’T MAKE HER STOP BECAUSE SHE DOESN’T UNDERSTAND PEOPLE WORDS AND SHE’S FUCKING INSANE! 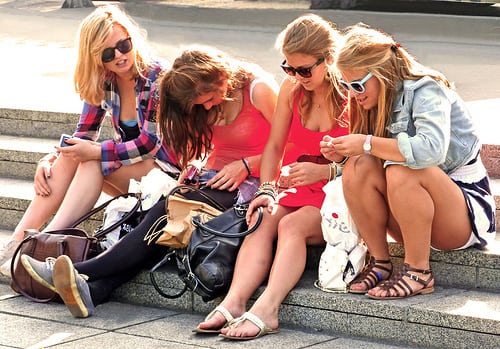 The Therapist has got your back no matter what, and is there with you through thick and thin. It doesn’t matter what odd hour it is; if you stumble into her room crying, she has no problem holding you while you spill your soul. She pretty much knows everything about everyone, because she’s the girl who knows exactly what to say, and how to make it better.

She does like to come out from time to time, but may be a little more on the timid side – mainly because she knows she’ll be too busy fixing everyone’s messes to really let loose and have a good time. The Therapist has a very giving soul, and can frequently be found in the bathroom comforting the crying girl while holding up her hair. She loves her girlfriends and honestly sacrifices more than she should for them. Sometimes this girl needs to be reminded by her friends that it’s okay to put herself first, and be a little wild herself.

For the first year that you know her, she’s pretty convincing. This girl talks like she knows everything, and she says it with such authority that no one ever doubts her. Until you realize that she DOESN’T know everything. She just refuses to ever be wrong. In fact, she’s borderline delusional. She seems to believe with all of her heart an abundance of mistruths, such as that:

In the end she’s still part of the crew and loved, but man can that girl be a know it all…

We all have one in the group. She’s sexually inexperienced, uncomfortable in her own skin (despite the fact that she’s gorgeous), and terrified of boys. What’s even worse is that all of the guys are super into her. If she’s feeling frisky, she’ll probably “take the bait” and lead them on… until he tries to take her into his bedroom and she scares the shit out of him with her innocence.

The Virgin is interesting because she has a very predictable evolution through college. Freshmen year she is innocent to the point of childish, and almost hard to take seriously. By the time she reaches junior year, she’s figured a lot out, can roll with the crew, and is even pretty fun to party with. But she’s still never had a boyfriend. And at this point she’s getting frustrated, and is willing to take a little risk. The roadblock that she hits every time is that she’s still looking for the equivalent of Edward Cullen. We’ve all been there, but mostly outgrew that stage in high school when we started getting the experience with boys that she never had.

She may have moved away from her parents for college, but she never really left her modest upbringings. It’s not that she doesn’t want to live up the college experience, she’s just scared. One day she’ll stop over analyzing life and take the leap.

She is actually a genius. She can tutor you in any subject, and her undergrad accomplishments make everyone else look like a failure. She will probably be making billions of dollars one day and living in a mansion. She’s also pretty. Despite all of this, she has almost no game, and spends her weekends trying to talk to frat boys about dissecting rat brains, even though there is SO much more to her than her smarts. She’s a tad bit insecure, and therefore typically gets along well with The Know It All, who will shamelessly reassure her about anything and everything.

The Smart One has a hard time being herself outside of her research and schooling. She’s constantly comparing herself to others, and convincing herself that she’s not pretty enough, or cool enough etc. to participate in life. She likes to party, but is not on the level of the others because she has a harder time letting go, and knows that too much tequila will just lead her to the door of her ex hookup, who she’s still not over. 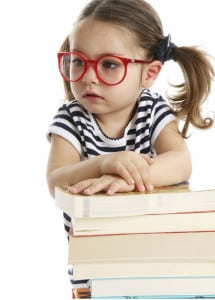 The Gone Girl needs little explanation. She has a boyfriend, and has inherited all of his friends. Though everyone loves her, The Gone Girl is rarely around. She is busy, and has a hard time balancing her relationship and her friendships. Obviously, this is a valid reason for the rest of the crew to hate her bf. It’s a rare miracle when you get The Gone Girl to go out with everyone. She’s not very comfortable at frats, and oozes the single vibe. She is also prone to being on her phone the entire night, texting her man, who didn’t want her to come out in the first place. She will frequently “go out” with the crew, and then leave around ten O’clock to meet up with the boyfriend. The Gone Girl is a sweetheart that you couldn’t live without, but everyone wishes that she wasn’t… gone so often. 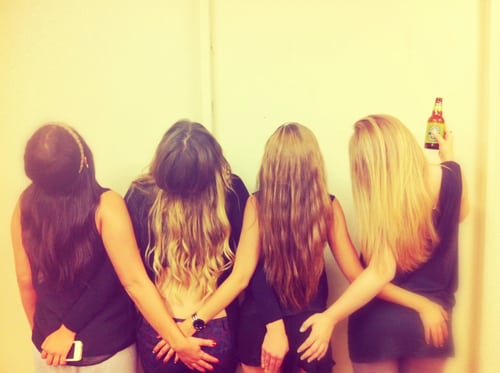 No crew is complete without all of its ladies. As the Cheetah girls taught us long ago, we may not always get along, but every single friendship is essential to our crew and our lives.

About the Author: Hot Mess

Hot Mess is a 20-something year old college student who is currently studying the art of the casual blackout, and majoring in drunk crying. She enjoys forcing others to binge drink Burnett’s while listening to Justin Bieber, and is pretty damn convinced that she bleeds glitter and vodka. In the words of Miley, she can’t be tamed. Follow her on twitter at @glittertornado