Cam Girlz is a thought-provoking documentary about webcam girls – ie, women that earn money by virtually hanging out with people and providing entertainment (usually in a sexual sense, although not necessarily) entirely through an online platform. They’re also euphemistically known as “internet models,” but it’s basically the same thing. A cam girl will log on to her preferred camming site, open up her webcam, and chat with people that stop by her ‘room.’ It’s a subset of sex-work in which parties on either end of the exchange might get off, but there’s absolutely no risk of STIs (unless other performers get involved, of course). Sweet deal, right? Cam girls might perform requested tasks for their patrons, who then tip them for it, or they might just do their own thing and hope people like it.

This 2015 film interviews a number of cam girls about their jobs, why they got into it, and why they keep doing it. The footage is beautiful, the girls are open and friendly, and most of them cam full-time. Although most of the participants in the film are in their twenties, one of them appears to be in her sixties! In addition to trying to give a less-ageist perspective on sex work, the documentary also showcases numerous diverse body types, talents, and interests the girls have – from ventriloquism to mime, from piano to pole-dancing, from singing to hula-hooping. While many of them are utterly gorgeous, they don’t depend on their looks for money. These girls are entertainers; earning a living by surprising their clients with their skills, engaging in conversation, and forming bonds with many of their regulars. You try hanging out with complete strangers for five hours and trying to get them to give you money for it! Yeah, not so easy, is it?

In the interests of being balanced, the film also interviews a few men who frequent the sites. Many of them seem to do it out of shyness, fearing a proper conversation with an IRL person. Even when one confesses his initial desire was to explore his sexuality and find what was most appealing to him, he emphasizes that eventually, his focus shifted from wanting any hot babe to a genuine enjoyment of the shared moment between himself and the girls he visits online. The three men interviewed all seem to value the connection they experience when they have a really great time with the performer on cam, proving that a real kind of intimacy can be found between people on the internet. 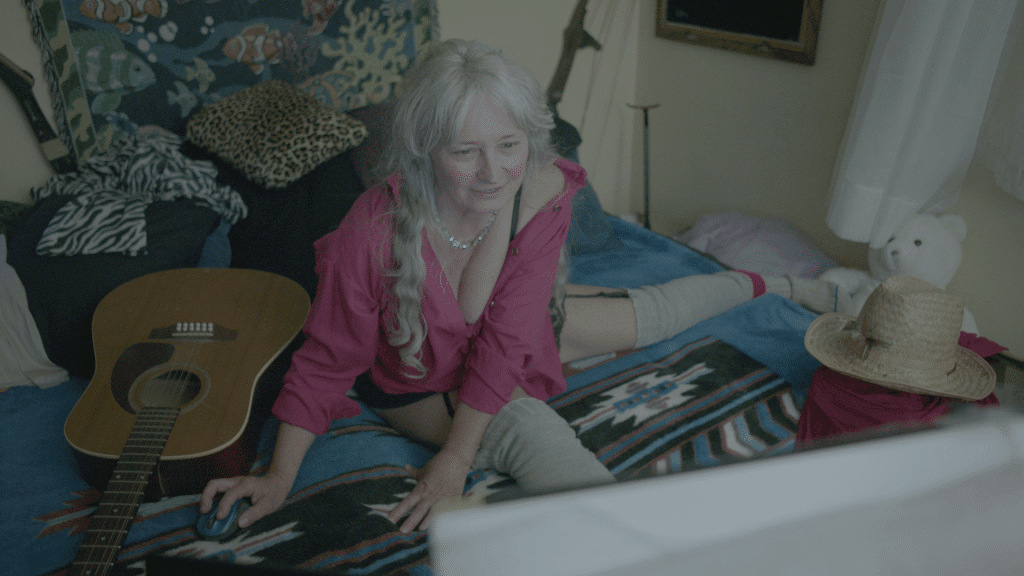 Why the Girlz Cam

Bell Reece started camming to spend more time at home with her son. Awesome Kate started because she hated her ‘straight’ job and camming was the solution. Khyla’s husband died and left her alone, without an outlet for her high sex drive, and camming helped with those withdrawal symptoms. Princess Hunny used to post self-shot nudes online, saw other girls camming, and decided it was a good idea. Marissa Frost got a self-esteem kick after her husband left her for gaining weight, and she found people online that thought she was beautiful. Violet October likes having an alternative appearance, working from home, and utilizing her creativity and innovation in an exciting way.

Basically, they all have their reasons – some personal and some practical. Camming provided a space for them to be themselves while earning money in convenient, fun, but challenging ways. 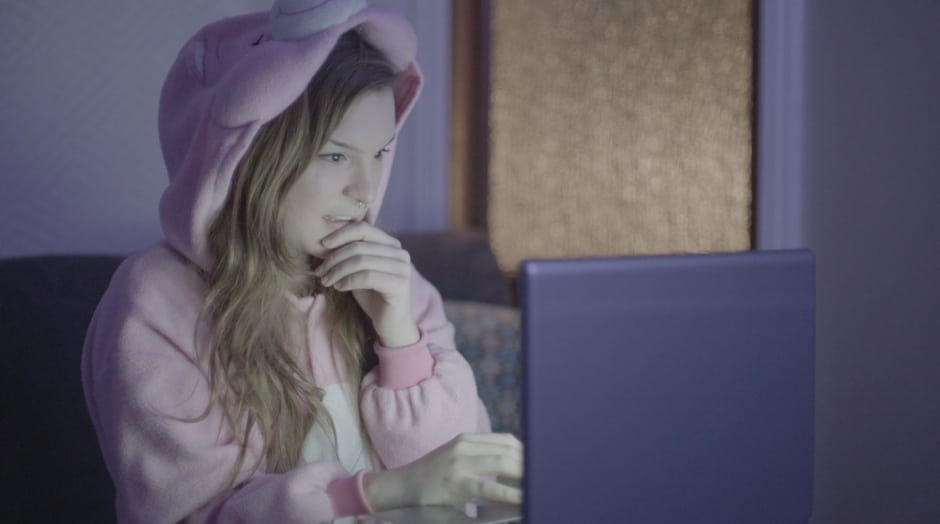 Why You Should Watch It

The documentary does provide a really fresh perspective on female sexuality, economic freedom, creativity, and self-expression on the internet. While it was nice to see a film focusing on the sex industry without demeaning or pitying those who participate in it, I did feel that the emphasis was primarily on the positive aspects of camming, as opposed to a fully-balanced outlook. A few of the girls mention the judgment and harassment they receive from those who know what they do, and Pinkie Pixi, in particular, seems to despair at the blows to her self-esteem she endures when she doesn’t make enough money. “You’re selling yourself. You are the product,” she says. It’s easy to feel bad when you don’t make your target, because when the product is you and nobody’s buying, “it inherently suggests that there’s something wrong with you.” The harsh reality is, as Rosie says, that even if you do the best thing and just be yourself, you’ll eventually realize that not everybody will like you. 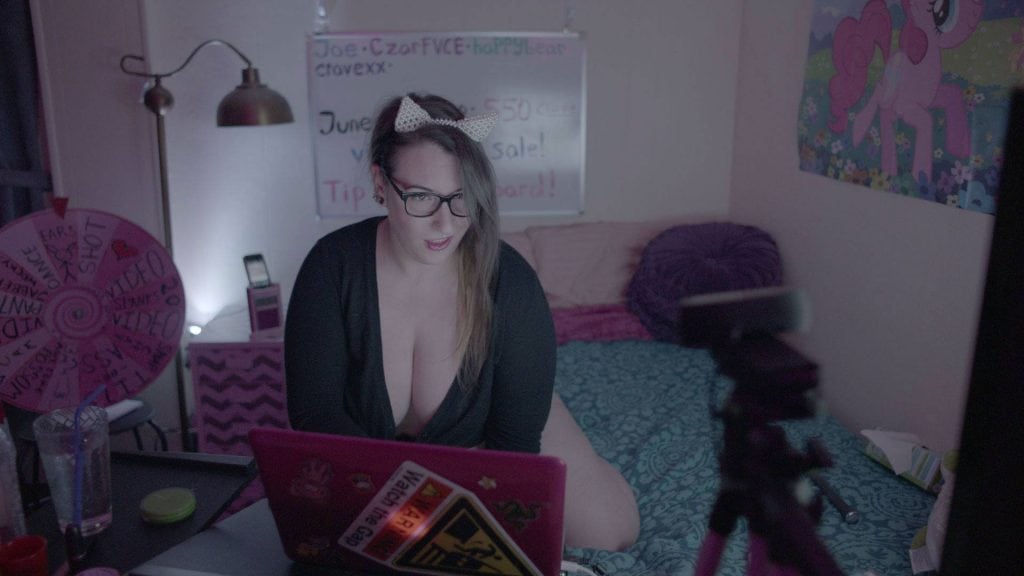 Instead of dwelling on the depressing downsides, the film concentrates on the freedom the job provides to those that do it, the sense of empowerment that many cam girls feel in exploring their sexuality and being appreciated for it, and the intimacy shared amongst other cam girls. The documentary emphasizes fun, playfulness, and friendship between the performers and their clients, glossing over the emotionally-compromising elements of the job.

Cut to: shots of two girls holding hands and laughing as they bounce on a trampoline, girls in lycra bodysuits doing interpretive dance with animal-head masks, girls playing guitar, topless, unabashed; girls squealing in the shower together, girls posing next to lifesize cardboard cut-outs of Barack Obama, girls mock-sparring with toy lightsabers and making the sound-effects, girls covering themselves in glitter-paint in front of a fireplace, transforming their curves to liquid silver. Beautiful girls being beautiful and having fun. It’s easy to be distracted, isn’t it? It’s easy to forget the undesirable aspects of this particular brand of sex work – even if this is sex work far removed from the ‘traditional’ perception of it. 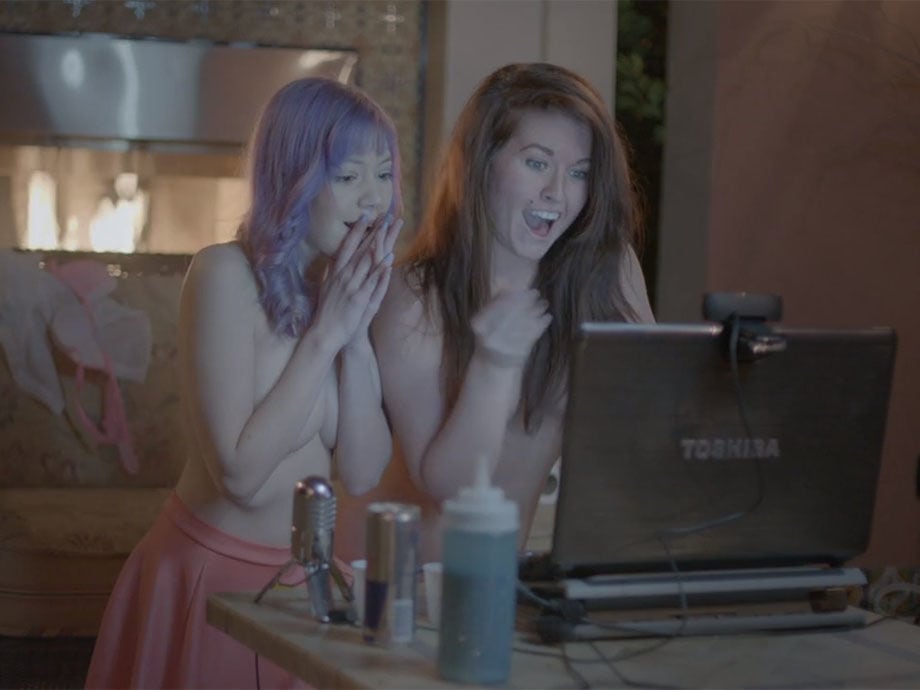 However, the reality is that camming is an important platform for women of all body types, ages, races, and social backgrounds to support themselves in the sex industry – safely, with no risk of disease or harm except when they choose to involve another partner. It’s refreshing to see a film which showcases the uplifting, autonomous potential of sex work in a technological society. Cam Girlz provides a unique perspective on camming which hitherto had not been covered by similar documentaries, and it’s definitely worth a watch.

About the Author: K