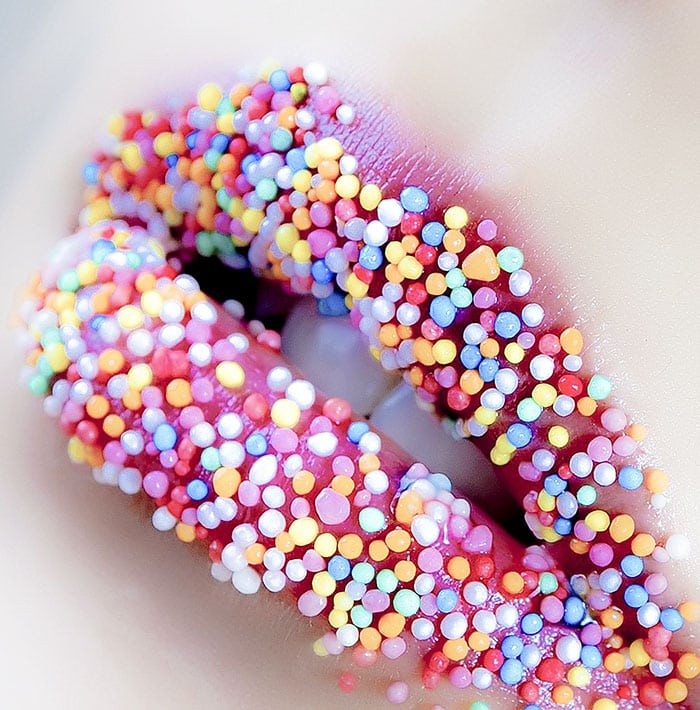 The first time I tried whipped cream in a can during sex, I was living in a residential dorm at university. I didn’t want my neighbors to hear the shaking and emitting of the cream, so I went to the bathroom and poured it out onto a plate. This turned out to be an even worse idea because I got busted big time!

When I recently tried whipped cream again, my partner did not like it because he said the cream was too cold on his penis. Cold temperature is the enemy of an erection. The cream itself was fun to lick off but was unsuccessful in getting him in the mood.

Pop rocks are a flavored candy which releases carbon when they touch your tongue, causing that popping and crackling sensation they’re famous for. Using popping candy when performing a blow job was not really pleasant for my guy though. He said it felt like sand was rubbing against his penis! Needless to say, they did not blow his rocks off.

The grapefruit was easy to cut a hole in and place over his member. However, I’m not a huge fan of the taste of grapefruit, and I’m confident a large orange would be more pleasant. During the act, the grapefruit flesh went everywhere and started to disintegrate. It made a huge mess, which we had to clean up before we got down to business. The grapefruit was harmless fun and provided lots of giggles, but I probably wouldn’t bother trying it again.

My partner and I found that perhaps you shouldn’t eat food in the bedroom after all, because it might just leave crumbs (or grapefruit pulp) in your bed!