Do you want to bling up your panties?

If you want to decorate your underwear to make it sexier or more fun, then I have a few suggestions on how to do this the easy way. You’ll need to gather your supplies and then have some fun with iron-on patches and fabric pens. 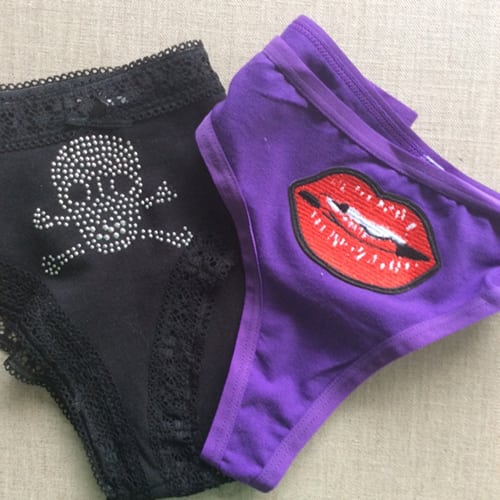 I decided to sort through my underwear drawer and cull all the old ragged knickers with holes and ruined elastic. I was left with a pile of practical undies and high cut briefs (mostly black) and practical bras (mostly white). It was time for a lingerie makeover, as I was officially stuck in the rut.

I was on a budget to update my underwear, so I decided the best option would be to decorate my own underwear. 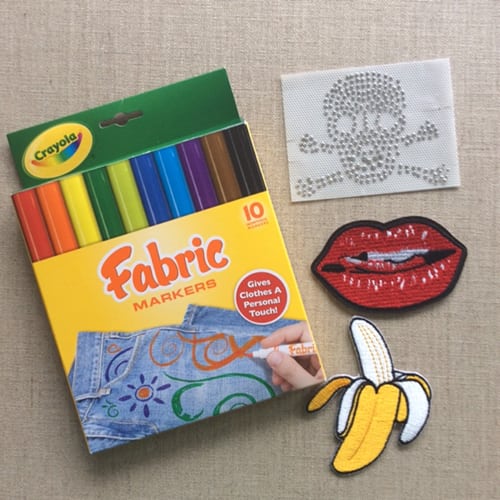 The first step is to buy some underwear in different colors and shapes from your local retail store. It’s best to buy items without patterns if you are going to decorate them later so that the embellishment stands out.

I bought a five pack of basic g-strings, a three-pack of lacy briefs, a lacy seasonal pair of panties on discount, and some plain high-cut briefs. I prefer to buy cotton underwear as I live in a hot climate.

Good terms to search online are sexy, exotic, stripper, clubwear and cosplay. Sometimes the stock will come from Asia so you could be waiting up to a month for it to arrive. Be careful of the sizing and make sure you take measurements. Watch out for one size fits all. 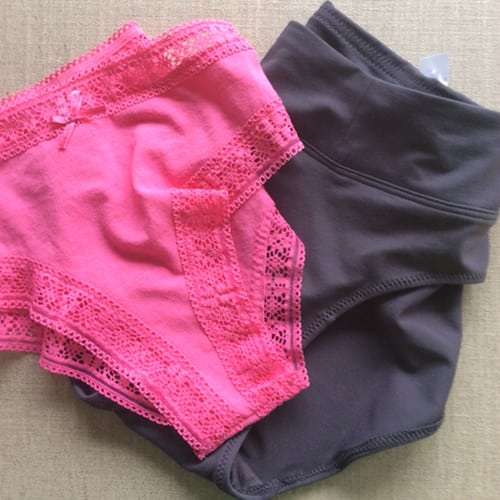 2. Iron on patches or badges

The easiest way to decorate your underwear is by adding an iron-on patch or badge. These are easy to do and it’s best to follow the instructions on the packet as it can vary. Basically, you place the badge where you want it and hold a hot iron over it until it stays put (usually several minutes). Be careful using a hot iron with polyester and lacy trims as they might melt and stick to the iron. Double check to see that the badge has stuck properly and have another go if it hasn’t. If you want to make extra certain it will stay, you can stitch around the edges of the badge while watching television.

I bought my iron-on patches from my local sewing shop, Etsy, eBay, and the local markets. There is a great range out there and you could even use iron-on letters to spell out a word. 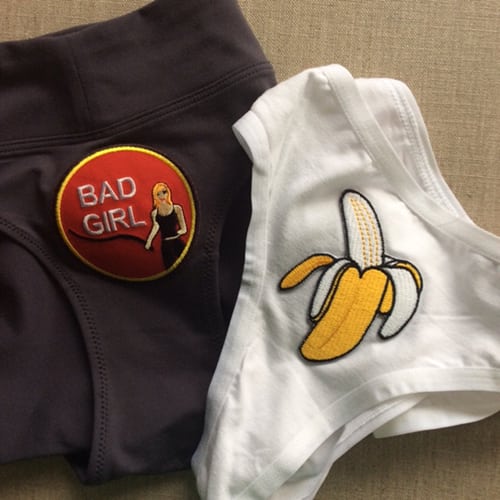 Fabric pens are also easy to do. Work out what you want to write or draw and then simply use the pens on your fabric. If the material is a little see through, you could even print out a template and trace over it. Depending on the brand of fabric pen you’re using, you may be able to iron over the design to make it last longer. My fabric pens were a little old and they didn’t leave a good edge, so it’s best to test these on some scrap fabric before you commit to your design. 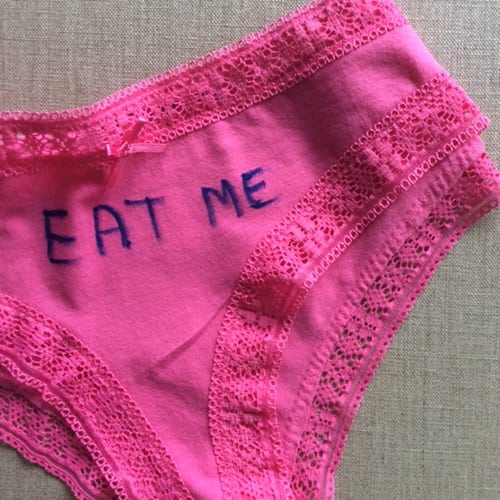 It’s dead easy to make your own crotchless undies from a normal pair of knickers. The best underwear to use need to have a gusset in the middle of the crotch area and the gusset to be sewn up on all sides of the rectangle. You simply take some sharp scissors and make a long single cut in the middle and stop before the stitching. These DIY crotchless knickers might only last one session in bed so I find it best to try it with a pair that were on sale and then you can simply throw them away once you’ve finished. 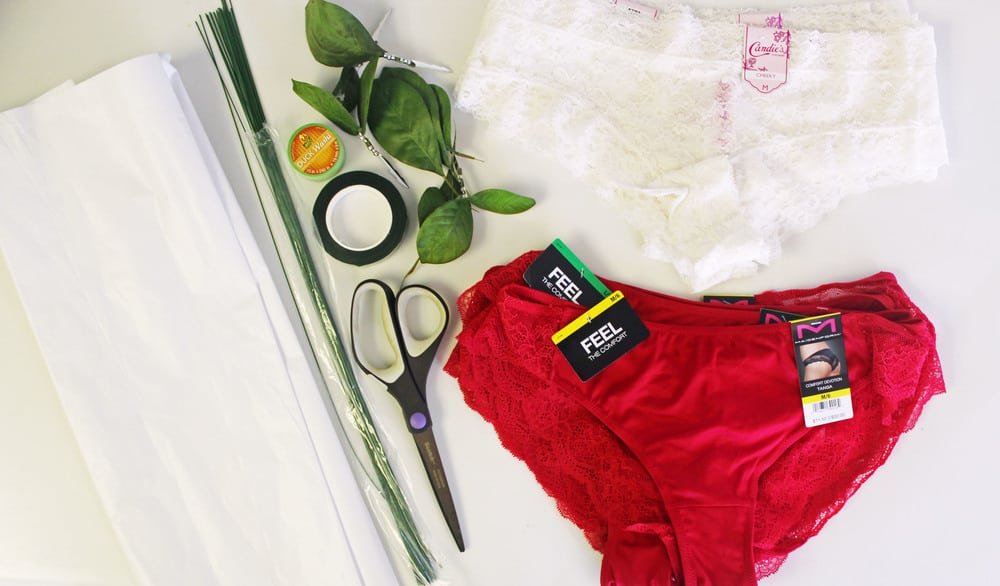 I am keen to try a candy bra. You know the candy necklaces you used to love as a kid? You can get them in a bra and underwear set, which would likely be fairly easy to replicate for yourself with some elastic and enough candy beads.

I did think about added studs and rhinestones, but you have to be careful about the underside as these can be a bit rough sometimes. Decorating with ribbon and lacy trimmings are also an option if you are a handy sewer. 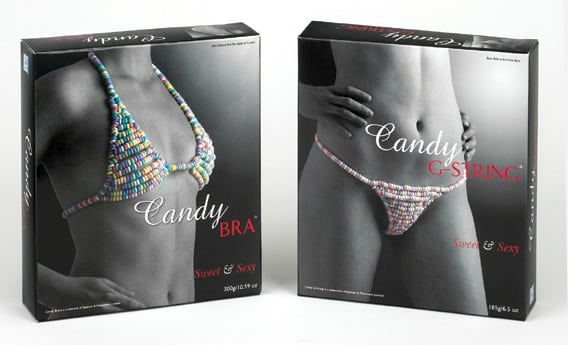 In my opinion, no matter what the fashion magazines tell you, nude coloured underwear is not sexy. It very rarely matches your skin tone and can be a horrible colour. Who can forget the giant control pair of knickers from the Bridget Jones movie? Control underwear is incredibly uncomfortable, and ugly in my opinion – the exact opposite of what we are trying to achieve.

The most important tip I recommend when buying lingerie is to see how it makes you feel. Do you feel sexy in it? I know when I like an item of clothing that when I try it on and look in the mirror, I get an instance feeling of ‘that looks good on me’. If you don’t feel comfortable wearing lace or a G-string, then don’t wear it. I really wanted to wear a corset but it just didn’t look good on me, so I left it in the shop. 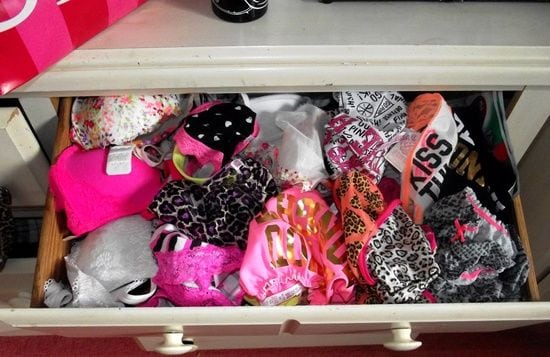