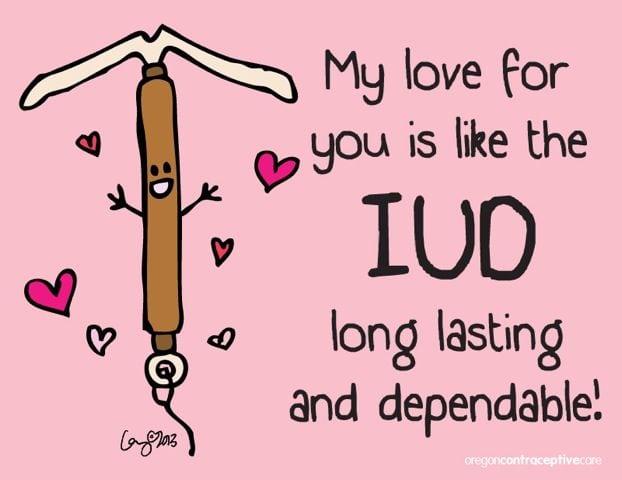 When I decided to get an IUD, I’d been on the NuvaRing for three years and loved every minute of it. However, I was going abroad and didn’t want to keep track of five rings on my trip, so I began considering other methods. An IUD lasts for five to ten years and takes less maintenance than other birth control methods, which was perfect for a slutty world traveler like myself. As an added plus, though I do have the hormonal brand, it contains less hormones than the previous methods I’ve been on, and I’m a crunchy hippie, so I like that!

That’s not to say that I wasn’t nervous about this choice. I’d heard horror stories about the painful insertion process, and I also was unsure about the whole no period thing, but I went ahead and scheduled my appointment knowing it was the right method for this stage in my life. (I’ll address the pain and no periods thing later.) 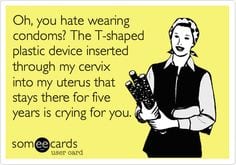 It was a dark and stormy day in the middle of July. The rain was falling so hard I thought it was a sign from (insert diety) about the events to come . . . No, this isn’t a horror story, I promise! Let me start over. While it was a rainy day, the atmosphere was  not so foreboding that I didn’t go. I went to my doctors appointment for the insertion and was asked to take off my pants and sit in the chair, feet out: classic gyno style. I was super nervous and had done all the things they said to do to prepare: I took ibuprofen, made sure I’d eaten (I’m a fainter), and I’d even masturbated because orgasms up your pain tolerance for a little while. The nurse was pleasant and talked me through what was going to happen, explained the risks, and checked that I still consented to the procedure. I did.

So, finally, she cranked open my vagina with her speculum (a bigger one than usual, which felt like a thick penis), felt around for a while, and attached something to my cervix to align my cervical canal so that the IUD had a straight shot into my uterus. She then stuck something into my uterus to measure the depth, which felt like a very bad period cramp, but was over very, very quickly – 1 gasp and it was over.

Then it was time. She asked me to take a deep breath, and she inserted the tube containing the IUD through my cervix and up into my uterus, and yes, it HURT. I remember her explaining something to me about the pain being like a contraction and let me tell you I am very happy that I never plan to have children. It was BAD, like every period cramp you’ve ever had in your life punching you in the uterus at the same time for 20 seconds. But then, it was over. 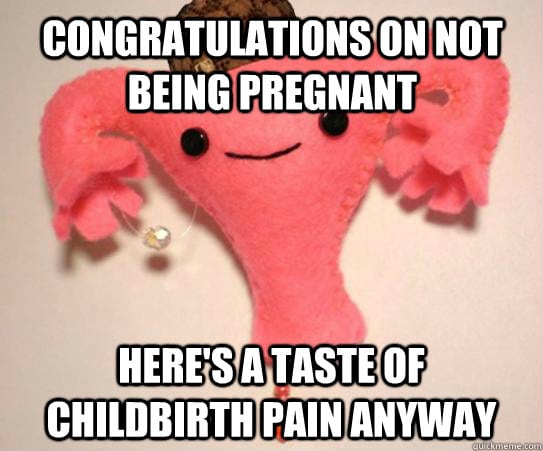 Once I’d recovered enough from almost fainting to be sent home (don’t let that scare you; I faint at the snap of a finger), I laid down in bed with a hot pad, my favorite sushi, and a glass of wine (which I don’t remember if I was supposed to avoid or not). The cramps afterward were like a bad period. My cramps came in waves, so I was fine for random amounts of time, then a wave of cramps hit me for 3-4 minutes. While the cramps weren’t terrible, I was glad I had the rest of the day off to rest.

Pain wise, that was about it. I had a couple waves of cramps the next day, and even fewer the following day. All this was a year and a half ago, and I haven’t had one issue since. I’ll get one wave of medium cramps every two-ish months, but they are totally manageable, and I take it as my body telling me, “Hey, still remember how to do this, just checking in,” which I’m grateful for. 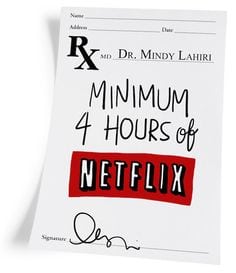 I got my IUD in the end of July 2014, had no period in August, had a two week long but SUPER light period the first two weeks in September, then didn’t get one until late October. I think I may have had one in January 2015 (I deleted my period app), but the last one I got was in April, and it’s now 2016. The hormonal IUD almost erased my period. 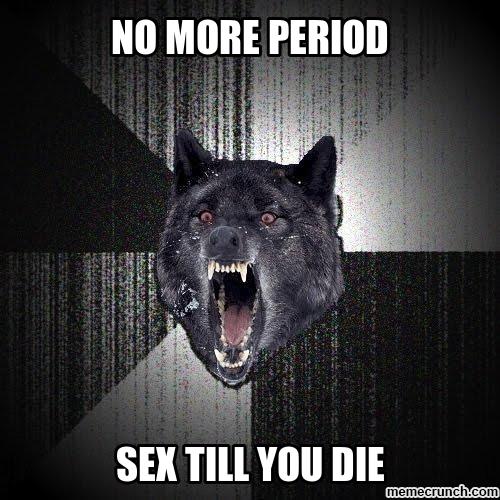 “Don’t you worry that you’re pregnant?”

I did worry once, between the September and October periods, but haven’t since. IUDs have such a high effectiveness rate, it’s really not something I spend time thinking about. It’s actually awesome. Believe me when I say that not having a period is great! My friends hate me because whenever they complain I say “remember how I don’t bleed,” which apparently isn’t the most empathetic sentiment. I have sex whenever I want, save money on tampons, and don’t have to think about birth control again until 2019. 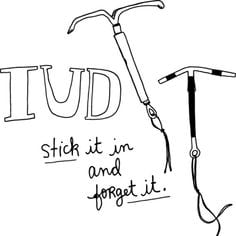 Still have questions? Let me help you!

The procedure sucked, this is true, but it was over quickly and I’ve had a wonderful experience with my little uterus umbrella (my nickname for it). I look forward to the 3+ years we have left together and all the naughty, naughty sex it will enable me to have.