In the heart of downtown Detroit, taking over the riverside Hart Plaza, Detroit’s iconic techno festival Movement will be bringing 5 stages of music all Memorial Day weekend. Detroit is the birthplace of techno, and Movement has a long history of bringing fans together in Detroit for nearly 20 years, when it first launched in 2000 under another name and rebranded as Movement in 2003. Since then, the festival has expanded to include major mainstage names, still featuring the techno artists we love, and spotlighting the Detroit-based artists that define techno. This year, this all-ages festival transforms the plaza with epic stages with top-notch production, relaxing areas to unwind and grab a bite to eat, music demonstrations and hands-on interactive experiences, and iconic street art to inspire all-night dancing. You don’t want to miss this festival Memorial Day weekend! 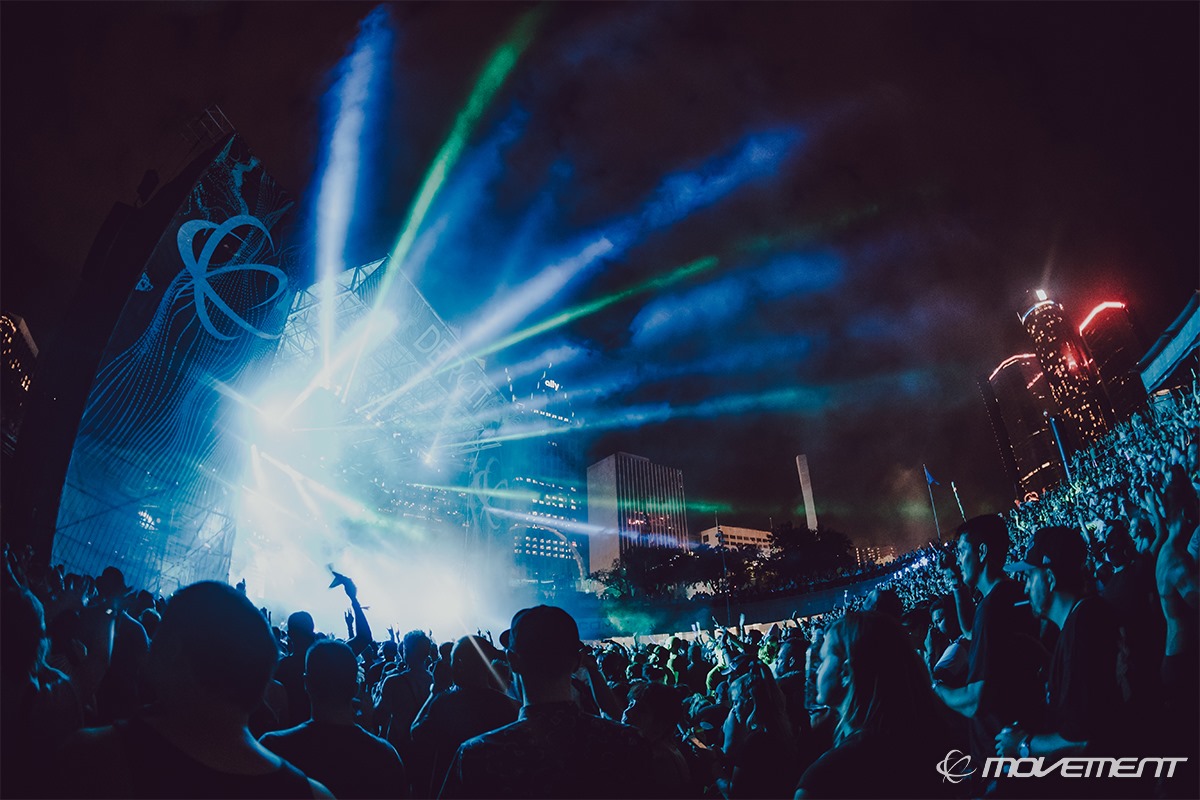 Detroit is the perfect location for Movement, as it’s the birthplace of techno itself. The “Belleville Three” (Derrick May, Kevin Saunderson, Juan Atkins) were high school friends who created this style of electronic music in their basement, and have since birthed a new genre from their beginnings back in the 80’s. Derrick May and Kevin Saunderson will both be at Movement, representing iconic Detroit at the Stargate Stage. That stage also features numerous second wave Detroit techno artists including Carl Craig & Stacey Pullen that you won’t want to miss, plus more present day and up and coming artists.

Be sure to catch a very special live set from Orbital, the iconic UK duo known for their live improvisation. You also won’t want to miss the Nicole Moudaber-Paco Osuna-Dubfire B3B, which has sold out numerous venues across North America and will be an incredible set at the main stage.

Beyond techno, popping house artists like Patrick Topping, MK, and Fisher will be playing throughout the weekend, plus a must-see B2B with Green Velvet and Claude VonStroke at the mainstage. If you want deeper sounds, check out Maya Jane Coles and Stephan Bodzin at the Pyramid Stage. If you’re a fan of funky vibes, you’ll love GRiZ and Soul Clap too.

With so much incredible talent packed into such a short amount of time, using the Movement official app will help you plan your day and curate your weekend around your favorite artists. The app comes loaded with an interactive planner, a map of the venue, details about all the impressive after-parties throughout the city, a list of all the vendors (including food!), and an official social media feed to keep track of any secret prizes and events that are announced.

Each of the five stages has a unique, artistic flair that will set the mood for the music. The mainstage is the Movement stage, located in the amphitheater. This stage has the massive production you’d expect at a major festival, featuring many of the mainstage names we love, an epic back to back (and even a back three back) and some jaw-dropping aesthetic surprises. The Stargate Stage feels “distinctly Detroit” like an epic, city-wide block party, while the Resident Advisor Underground Stage has concrete walls and architecture that will feel more like a city warehouse. The Pyramid Stage has a relaxing, riverside feeling that is the perfect way to set the tone for summer, and finally the Red Bull Stage is uniquely eclectic to feature the many diverse sounds that will be explored throughout the weekend. 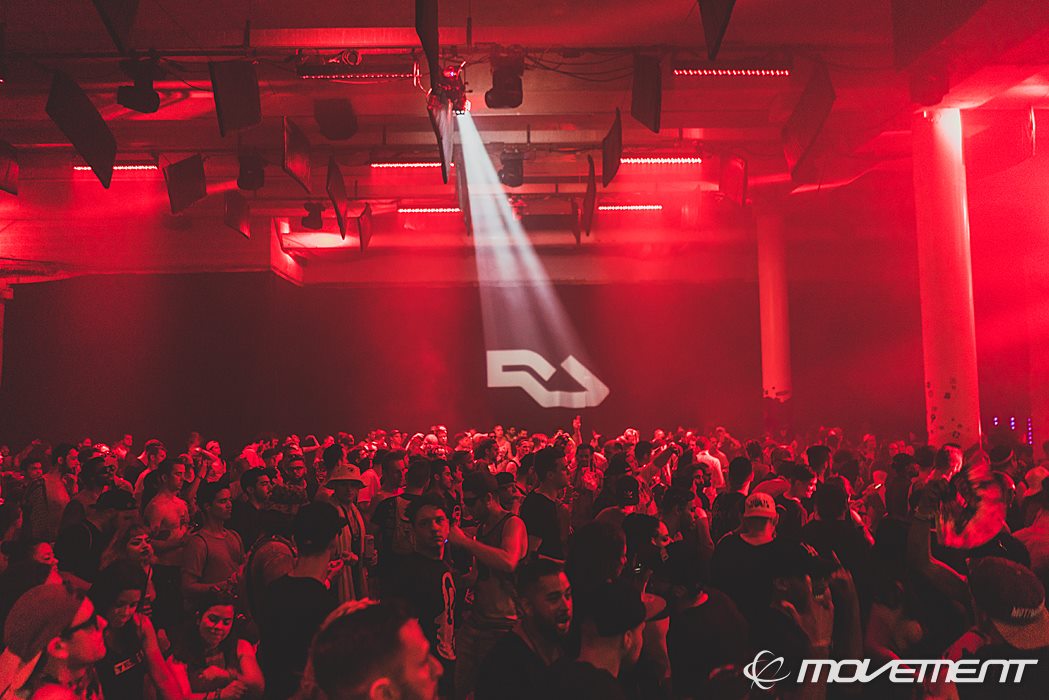 When you need to relax and recharge, the Tito’s River Garden has shaded hammocks and plenty of grassy space to lounge, get a bite to eat, and have a drink while you rest your feet and take in Detroit’s riverside views. Movement has a ton of food options and craft brewers serving the space and throughout the grounds. If you’re feeling a little salty or hangry, make sure to drink some water (you thirsty bitches) and get some shade so you can fully enjoy the rest of your festival.

If you have a love for music production, you can immerse yourself at Movement’s Studio, a space that showcases music production industry leaders and lets you experience all the latest technology. They’ll be walking guests through product demonstrations and hands-on interaction, covering cutting edge production technology. Whether you’re completely new to production or produce in your own studio, you can learn the basics for beginners or get some in-depth industry knowledge with the experts and brands on site. 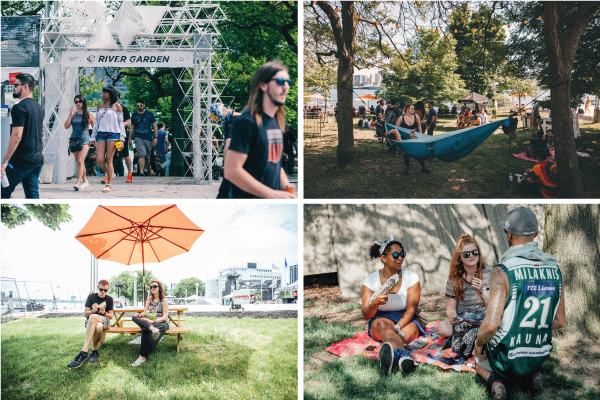 Hart Plaza was reconceptualized in the 70s from a grassy riverside overlook to the memorials and statues that it is today – standing as a tribute to the strength of the people of Detroit. The many art pieces tell its history, from Detroit’s role in helping emancipated slaves into Canada, to celebrating American labor. The amphitheater features music throughout the year, and highlights Detroit’s techno history in particular this weekend, with stages throughout the grounds that bring past and present together with musical sounds that have carried through the decades and are still sampled and remembered in our music today. The plaza is also fitted with everything you need for a smooth festival experience, including a free bike valet, fun photo booth to capture photos with friends, lockers to hold your personal items, and charging stations to make sure you can keep in touch with your friends all night. 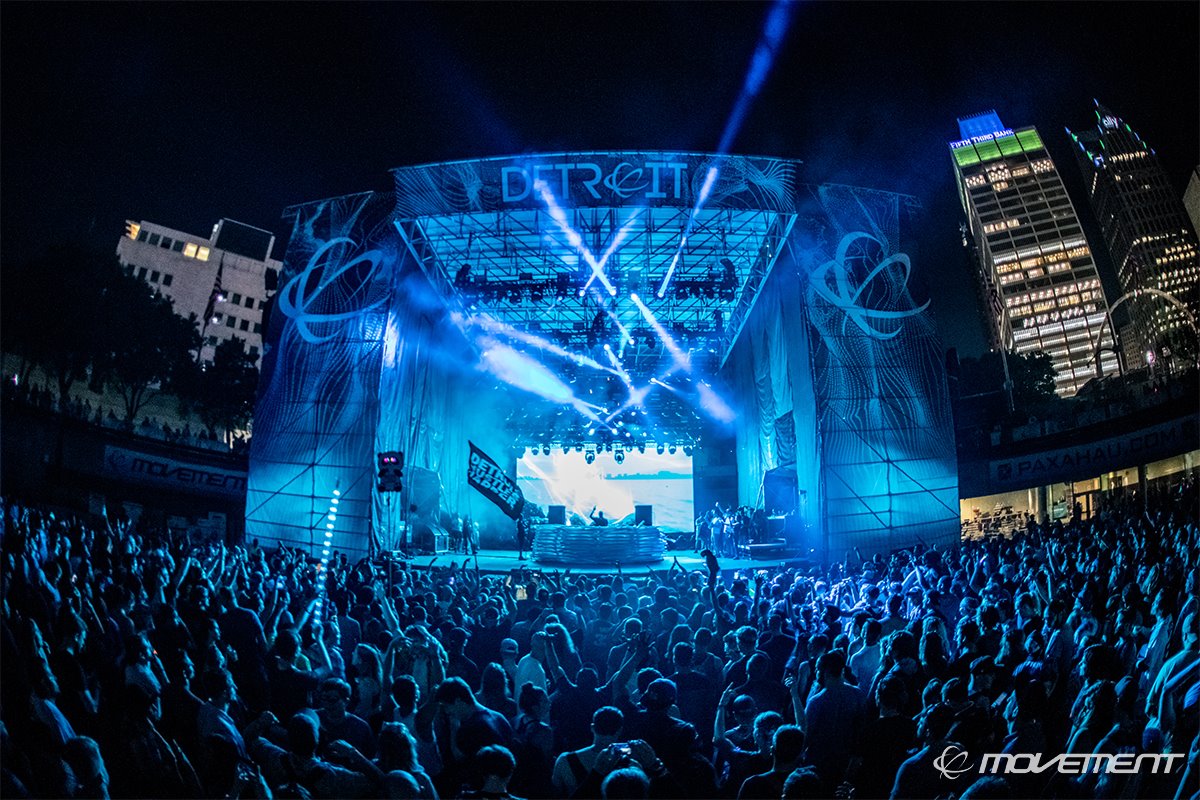 Whenever you’re dancing the day away, it’s a must to unwind and relax. It’s even better when you can absorb some incredible art in the process – whether you’re lounging in a riverside hammock or simply taking a rest between stages. Internationally acclaimed, Brooklyn-based artist Kevin Lyons is bringing his signature Monsters street art to the festival with a large-scale mural inspired by Detroit’s rich techno culture and the musical history of the city. He says, “my Monsters love a great party, and what a better place for a colorful crew of misfits to rave and dance and carry on than Movement, in a city dubbed Techno City and where they already feel right at home.” We couldn’t agree more! His masterpiece will be at the amphitheater near the pyramid stage – and look out for more art and sculptures throughout the grounds. 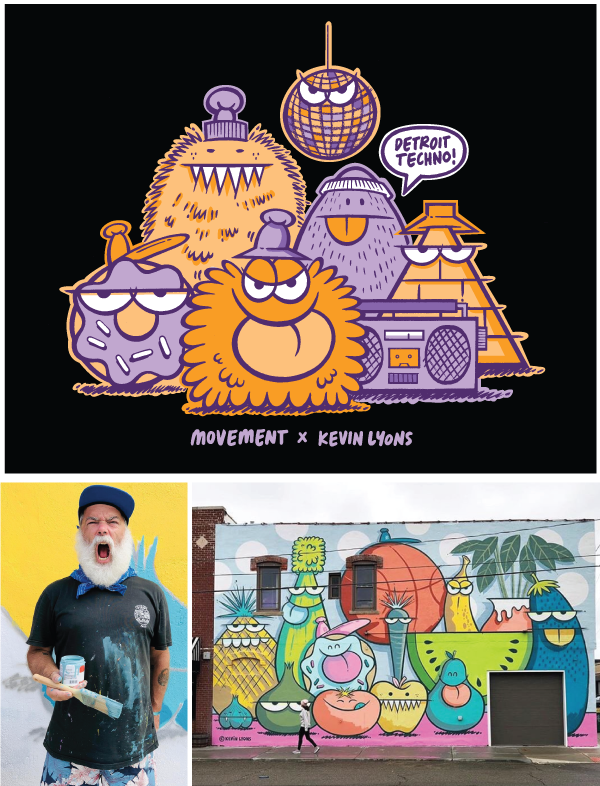 There’s something incredibly special about the culture and vibe of a festival that brings music-lovers in the same genre together. With such a passion for the music and the euphoric release from reality it can bring, a sense of camaraderie and family emerges, even among people who have just met or as passing one another stage to stage. Strangers quickly become friends, existing friendships deepen, and you can completely let go to authentically and shameless be yourself. I’ve loved the techno community in every city I’ve visited before, and can’t wait to experience the vibes of Movement. 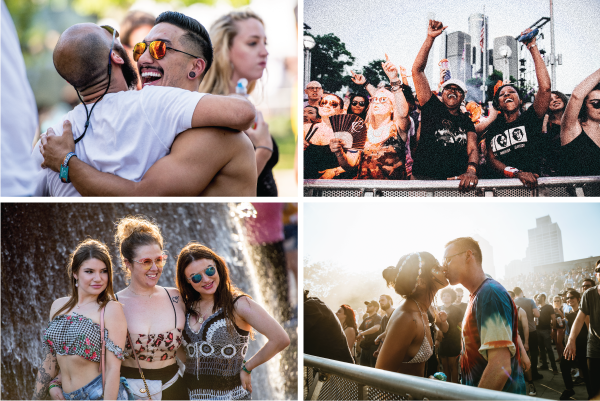 Join us at Movement!

We’ll be celebrating this Memorial Day weekend with the incredible crowd at Movement Detroit. Whether it’s dancing all day and night to techno and house artists from around the globe, or relaxing riverside to laugh with new and old friends, join us for an absolutely unforgettable weekend!

Get your tickets on Movement’s official ticket portal. This is an all-ages event, and children 12 and under can join for free. You can buy tickets for individual days Saturday through Monday, or join us with a 3-day pass. If you want to follow along with our festival experience, join us on Instagram for brief highlights and Snapchat for the live experience!

All photos courtesy of https://www.movement.us