Here’s Why You Should Date an Older Man

If you’re like me, you’ve always been attracted to older guys. I have never been able to get into any type of relationship with someone who is younger than me. Of course, that could be due to the fact that I am always the youngest person at any adult function and basically anywhere else for that matter.

Dating can be a pain at times (let’s be honest, at all times) unless you’ve found someone who benefits you in all the right ways—and we all know how hard that can be. He can’t be too tall, too short, he can’t have too much of an ego or too small of a dick. Honestly, the idea of dating makes me want to stay home in my pajamas with a glass of wine and my dog. But dating someone older comes with nothing but perks. And let’s be honest, unless he is some Hugh Hefner wannabe with chicks walking around everywhere, he could be a real catch. Plus, if George Clooney and Brad Pitt are any idea of how men get hotter with age, I can’t wait to see what male specimen awaits me in the future.

Being that I’m only 20, it’s unlikely anyone my age is going to be financially and emotionally stable unless a) Their mom and dad are crazy rich and even then they probably have a HUGE ego, or b) They hit the lottery right out of high school, finished college at a young age, and have started their own company. If you’re thinking what I’m thinking, neither one of those seem very plausible. Even if the guy is only three to five years older than you, he will likely be sitting at a better place in his life than most guys your age. Keyword: most—there are a few exceptions to the rule.

Most of us are at that age where we can’t exactly afford to be on our own, and are stuck in a lease with the worst roommate possible for the next six months. When your guy has his own place, you don’t have to worry about being muffling your moans during crazy sex—or even worry about walking to the kitchen naked at 2 AM and running into his creepy roommate. Plus, their place is most likely going to be nicer than yours!

Depending on how much older they are than you, an older man is probably more experienced than most guys your age. They’re going to know what women like, what they don’t like, and they’re going to know how to use those moves to get you all hot and bothered. Personally, I’ve always preferred being the submissive one and letting him take the reins to teach me a thing or two and most older guys have no problem doing just that! They are (most likely) beyond on the stage of just pleasing themselves, they want to ensure that you get off first… and multiple times.

Between the ages of 20-25, most people go on dates at decent restaurants and dive bars. Which is completely okay, but we’re all secretly wishing that we were enjoying aged wine with our perfectly aged man at much classier restaurant. Older men, within the age range of 28-35, are not only able afford these kinds of dates, they’re going to prefer them. Even guys younger than the 28-35 year age range can be one of the rare few who will take you on these kinds of dates without it being a very special occasion.

Everyone’s heard that ladies mature faster than gents do, and it can make for a difficult time when finding a good match. Older men are going to be able to level with you maturity-wise and know where you’re coming from with certain situations. As the saying goes, cliche but true, he will act his age in the best possible way.

I should say, meeting your parents is going to be a breeze, because your parents will know your in good hands with a man that is cultured and financially stable. The conversation should slow pretty easily since he can relate to topics that your parents are interested in. Although, you might just feel like you’re a little out of place at the grownup’s table. Meeting his parents is another story.

He’s going to accept any baggage you have because he probably has the same amount or more. You’ve got student loans, having a hard time find a job that fits your degree, and your roommate is a total buzz kill—but what can you do? He’s going to be able to understand how you feel and give you advice on how to deal with the situations. He has been there and done that, so he can be there to provide some advice and support.

8. Not a partier? No problem

I’ve never been one to party, not even during my first years of college. So an older guy who is done with the partying scene and being hungover on a Monday would be perfect for me. Now, that’s not to say that the occasional party wouldn’t be a bad thing—but his parties probably consist of expensive drinks with clients and co-workers rather than cheap beer and drunken frat boys. 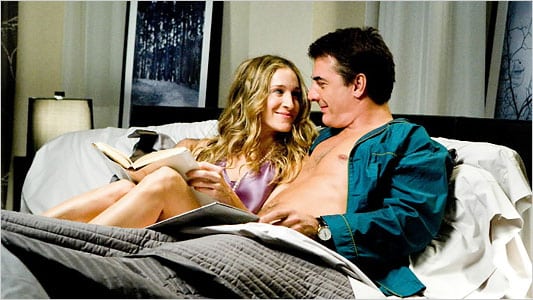 9. He’s got a lot of interesting stories to tell

You never have to worry about being bored or running out of things to talk about on your first date, because he’s going to have a lot of interesting things to tell you about. Hopefully, your older guy has traveled all around the world or maybe just all around the country. Your silver fox can tell you all about the things he’s loved on his travels and how he wants to take you there (yes, please)!

Commitment is something most guys struggle with, either they move too fast or too slow. An older man is going to be looking for someone to create a life with and grow within his future. If you’re ready to settle down and think about a future together with someone, an older man is the one for you. 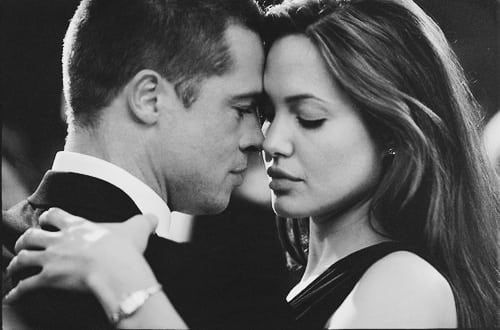 This is not to say that jealousy isn’t going to be a factor in your relationship with an older man, but it will be lesser than the jealousy you would have to deal with when dating someone your age or younger. Men don’t play games. If anything they may get a little jealous of his assistant at work rather than that bitch at the bar. I refer to jealousy as the biggest pain in the ass emotion God ever created.

He’s already accomplished so many things and he can command a room by just walking in, and no, I’m not talking about Christian Grey, an older man is wise and cultured. He is going to be able to counsel you in decisions that you have to make and as my best friend refers to it, “make your lady parts shiver” with his confidence.

Chivalry is all but dead in men of our generation. Opening a car door, buying your girl flowers, etc. All of these are things that are missing in our relationships and is honestly something we need in them.

Although he’s accomplished and well traveled, your man will know what lies ahead for him. He knows how many kids he wants and what he is looking for in a spouse. Your silver fox will have everything mapped out—and if you’re on that list, considered yourself blessed and taken care of. 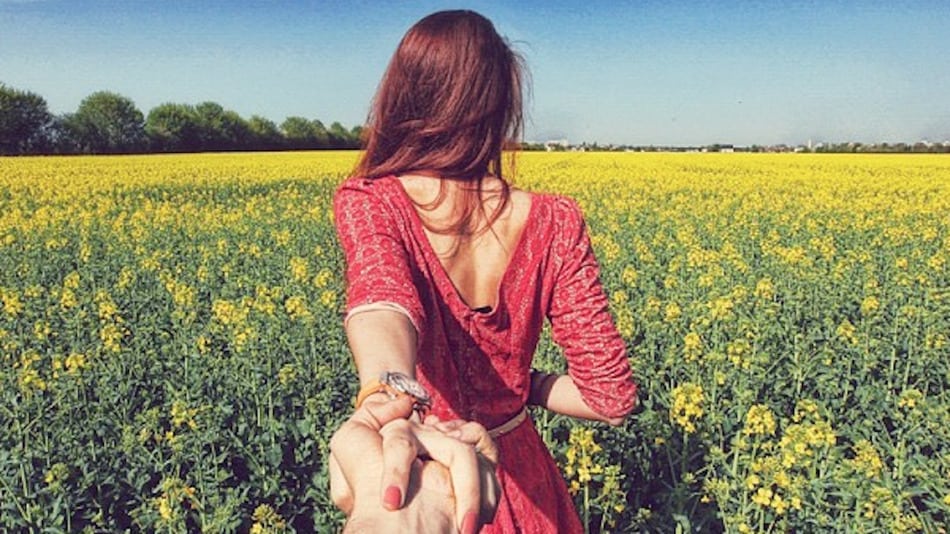 15. He understands a busy schedule.

You’re fresh out of college or grad school and you’re working around the clock to find the perfect job or working your way up to the perfect job. The downside is you only get to see your man once a week for about two hours. He is going to completely understand what you’re going through and he’s going to make the most of the time you have together. Those two hours are going to feel like two days.

He’s probably been friends with his guys for a while—some even from high school. Which means they are going to know his type and not be afraid to give you bullshit for being into their friend. They’ll try to embarrass him, and probably succeed at some point, but they’ll make you love him more. If any of them are single, this might be an opportunity to hook your friends up with some silver foxes too!

17. Leave your wallet at home

You’re never going to have another, “Oops, I forgot my card, I’ll get it next time,” moment again. This goes along with the chivalry point. He’s a gentleman, he’s never going to let you pay for anything. This also goes along with my future point of spoiling you. Of course, it’s not so bad that you pay for him once in a while, well, at least attempt to pay once in awhile.

This can be saying “no” to anything from sex to events that you two are invited to. Like I said, he’s not one to deal with bullshit or beat around the bush.

He’s going to know what he likes and doesn’t like—his goes for sex as well as everyday life. He will communicate them to you, so there won’t be any friction. Hell, you could spill red wine on his new couch and you might be the one who’s more freaked out. He’s been through this stuff more than once, he can handle his reactions. If anything he might just put you over his knee, and who doesn’t enjoy a good spanking?

I linked this one to #17 already and it’s the truth. You’ve been eyeing that watch or necklace in the window and he could surprise you with it the next day. Random gifts are going to be his thing and, if you’re like me, if you start to feel weird about it, he’s going to understand and slow his roll. 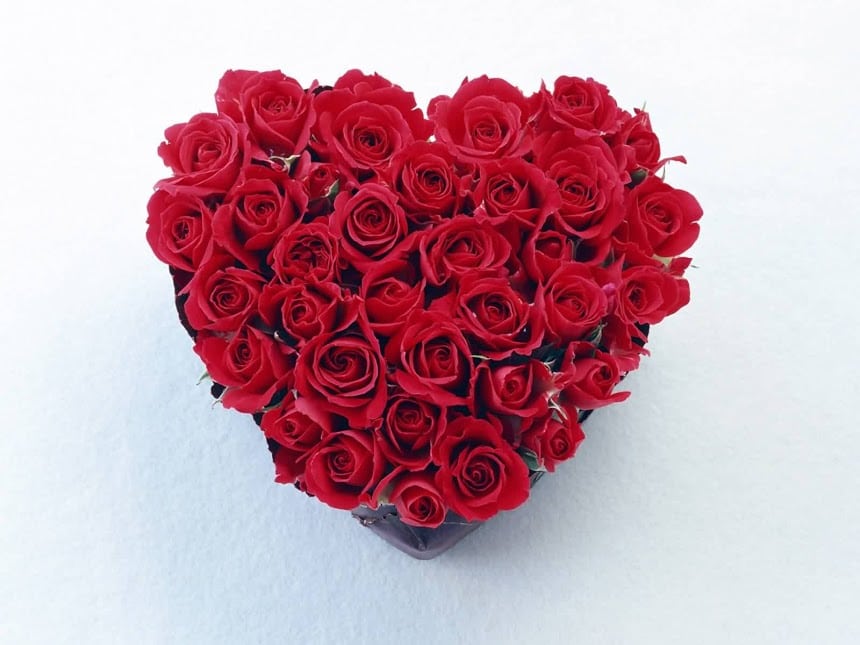 22. He’s not afraid to be goofy and silly with you.

Twenty-two and twenty-three are two parts of the same thing, he’s not going to be afraid to act goofy with you in public because he doesn’t care what people think of him. At one point you could even be feeding each other like babies and he would just laugh.

I tend to be the girl who likes to hold hands and give cute little kisses, so PDA is a big thing for me. Like I said in #22, he already has created his reputation and made his stand in the world, so being touchy-feely with his girl isn’t such a bad thing. Just don’t be too touchy-feely.

Your man is ready for commitment and he already knows what his future looks like. Chances are, he’s not going to be one to ruin his chances with someone he thinks he has a future with. He specifically picked you and ask you out on a date, which means he is interested in you and he can see you in his future. There is no short-term with these older guys.

This is the biggest and most important one. The only person’s opinion you should worry about it your own. Your happiness is the only thing counts, if you can see a future with an older guy, age is but a number. Yes, people are going to give you a hard time about it, but the thing you have to hold on to is the fact that you are happy. He gives you whatever you need; advice, back rubs and most of all love. Do you, girlfriend!

About the Author: Lady Mystery 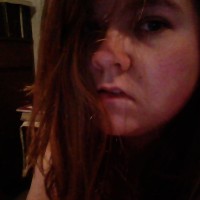 Lady Mystery is a twenty-four year old writer from the midwest. She runs on lots of coffee, wine, and steamy erotica. Follow her shenanigans on Twitter and Instagram under @ohheyaudraann. xoxo