I’d love to share what I discovered tackling this venture. So, here’s my advice for any young, new, or aspiring authors ready to undertake writing their first novel, particularly in the erotica and romance genres.

Sexy billionaire. Fake romance. Second chance. Though I’d read novels containing all these romance tropes, I hadn’t fully recognized them. Only after completing several drafts did I delve deeper into the romance world. Quickly I recognized a missed opportunity. I should have played up the Enemies-to-Lovers element of my story from the get-go. Before you put pen to paper, know the tropes of your genre and use them to your advantage.

Before you start writing, consider your marketing plan. It might be another one, two, three (or four, in my case) years before you’ll start querying agents and publishers or pushing a published novel, but the market gets more cluttered each day. Ahead of actually writing it, your story needs to stand out.

Agent and publisher inboxes get slammed with “I just wrote my first novel” queries. Instagram and Facebook overflow with “read my new book” posts. While conducting your research and forming an outline, consider the novel’s theme, message and “why”. Why should anybody give a fuck about your story?

But straying from other conventions won’t fly. An early draft was written in the present tense. With a background in scriptwriting, I felt it made the love scenes more stimulating. Epic fail. Several agents I queried immediately called this out. Romance novels are almost always narrated in the past tense. Gruelingly, I edited my entire manuscript into the past tense.

The waiting game totally blows. But it’s inevitable as you query publishers and wait on beta readers or editors. Be prepared to practice patience. You can make the most of downtime by outlining your next story or working on your marketing plan. Or just chill and embrace some time off.

One of my author idols, Jackie Collins, released her first novel, the racy The World is Full of Married Men, in 1968. “Way before its time,” Collins later recognized. Other romance authors attacked, decrying it, “Nasty, filthy and disgusting.” Australia and South Africa banned the book altogether. I can only dream of penning a tale so controversial entire countries abolish it.

There will always be critics and haters, whiners who insist you compose trash. To survive in a controversial industry, you need to boldly own your stories from day one. Be proud of your work. Be fearless

Once you grasp your genre’s subtleties, recognize your story’s why, break a rule or two, meditate your way to zen-like patience, and fearlessly own your provocative endeavors… you’ll still experience ebbs and flows. You might finally crack a scene that’s taken months to resolve! Next, you’ll find a new thesaurus website! Then you’ll get five rejection letters in a row. With every two steps forward, I took one step back.

It’s not for everybody. But I’d rather be riding those unpredictable, rippling waves than lounging on the beach.

About the Author: Cass Ford 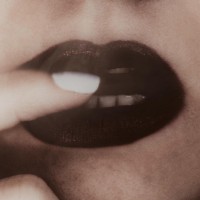