Maintaining a fuck buddy isn’t easy. There’s always that chance of someone breaking down on a Saturday night after getting stood up by their usual bone, or catching feelings and wondering why a relationship is out of the question.

Whether you want to be involved or not is up to you, but here are 9 clear signs that you are heading into more-than-fuck-buddies territory. 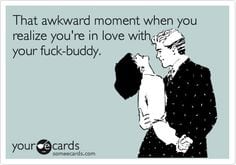 1. You’ve gone out together

A relationship amongst fuck buddies is meant to stay in the bedroom, unless the two of you were friends before you gave hooking up a try, in which case, don’t expect to stay BFFs 4 lyfe. We all know friends with benefits doesn’t always end well, unless of course you’re Justin Timberlake and Mila Kunis. Eventually one of you, or both of you, will get into a new relationship and you may not be allowed to see each other anymore.

If, however, your fuck buddy is just an acquaintance, going out together is a clear sign that things are getting serious. Think about it. Not only are you going to bed with this guy, but now you’re going out to dinner, or worse, a fun activity like bowling. Bowling is a date. And the only thing you’re missing at this point is a label because, let’s face it, you’re slowly reaching a relationship.

This might be even worse than #1. Why? Because now you know where you stand. Admit it. You’re the one who cried on Saturday night when they didn’t text you back. You’re either catching feelings for them, or you’re just ready for a real relationship in general. And if this is true, get out now. Fuck buddies are for people who want to keep things casual until further notice.

3. You stalk them on social media

This is what you do when you’re either involved with someone or hope to become involved. You want to know who they’re talking to, what they’re liking, who’s liking them and all the other psychotic little habits Facebook has allowed us to have. If you’re stalking your fuck buddy, then you’re probably getting attached. You shouldn’t even be friends with them on social media anyway! It takes away the whole mystery factor.

4. You talk about your feelings

Fuck buddies don’t discuss their feelings. They are strictly concerned about physical pleasure. For all they know, you are a soulless woman without a heart or any true emotion other than sexual desire. Feelings are for friends, lovers, and your grandma.

5. You are lonely without them

If your bed feels empty when they’re not in it, they’re probably sleeping over too much. Fuck buddies are for the weekend, and maybe an occasional Wednesday to honor hump day. But that’s it. End of story. 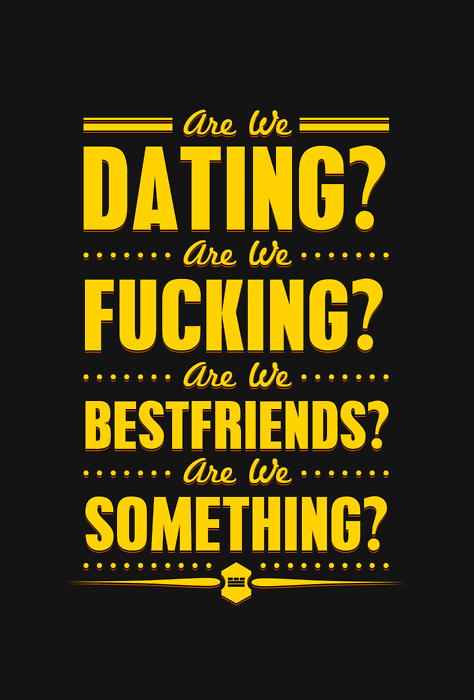 6. You don’t want your friends to hook up with them

A real fuck buddy shares their fuck buddy with their friends. Or at least doesn’t care if they’ve accidentally made out in the hallway. If you’re a real fuck buddy, you’ll react by saying to your friend, “He’s one hell of a kisser, am I right?” Followed by a high five.

7. You want them to stay and snuggle

What is the number one rule? No snuggling. I’m sorry; but you’re just too sensitive for this. Go find your Prince Charming and give your fuck buddy to a girl who hates pillow talk.

8. You reveal them to your parents

Most likely you won’t tell your parents you’re having casual sex with a guy you met at the gym a few weeks back. But, if you’re involved, you might try bringing him up in casual conversation. Maybe it’s about a good movie he suggested, or a new restaurant he said to check out. If you feel the need to mention his name while relaying his recommendations, it’s probably because he means something to you.

9. You wouldn’t want to trade them in

Fuck buddies are somewhat disposable, but that doesn’t mean you should pick a bad one. Remember, it’s quality over quantity. However, if you find yourself imagining them as your one and only fuck buddy for the rest of your casual life, you might as well get down on one knee. Because you, my friend, are involved. 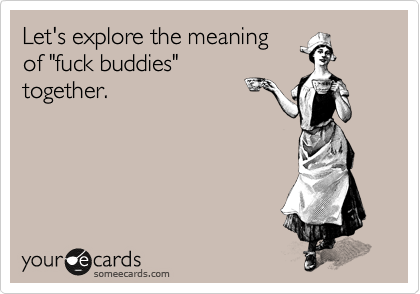 And just to clarify, there’s nothing wrong with heading into more connected territory with your fuck buddy. Shacking up with a fuck buddy isn’t against the law, as long as you’re on the same page. If it’s what you both want, then go for it! You already know the sex is good. And plus, it could make for a nice story to tell the kids one day. 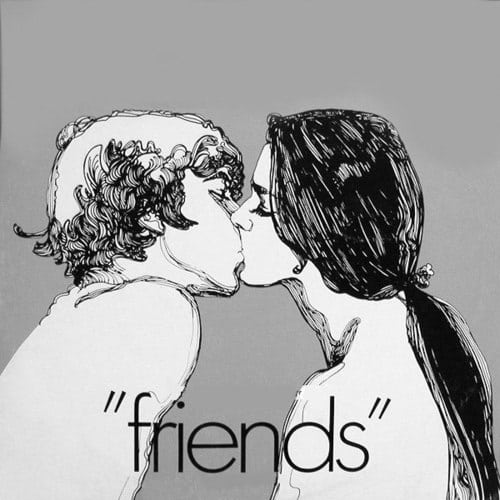 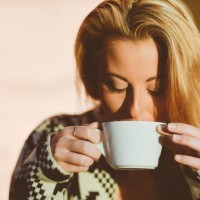