The Bechdel Test & Why You Should Know About It

How many movies have you watched in the last year? How many episodes of television? How many hours were spent letting Netflix fill your brain, when you probably should have been studying for that test? The stories that we absorb affect the way we look at life. Our cultural norms are played out on the screen, helping us relate to the characters. Movies and TV shows both reflect and affect what we believe.

So it’s a pretty major problem that what is being reflected and projected is largely sexist. Women protagonists experience character development when they meet the man of their dreams. Women superheroes are sexualized and kept out of leadership positions. Female comedians are held to a standard of beauty that has nothing to do with their talent. Even in the 21st century, women on the big screen continue to exist mostly in narrow roles that revolve around their relationship with a man.

There is a long list of flaws with the way women are portrayed in popular media. Luckily, there are many ways to combat this sexism and enjoy movies while being aware of the issues. The easiest of these is the tried and tested Bechdel test. 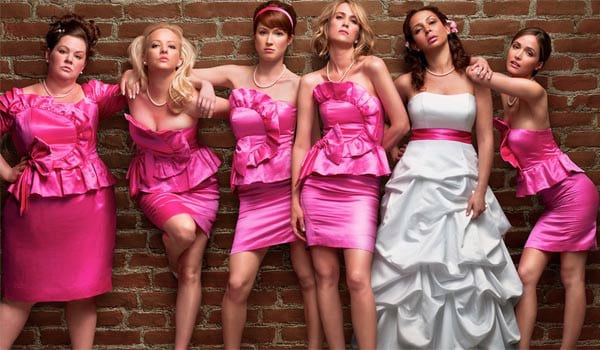 What is the Bechdel Test?

In 1985 Alison Bechdel decided that she’d had enough of this kind of sexism on the big screen. She developed what is now called the “Bechdel Test.” Although it was originally intended for movies, this test can be applied to most forms of storytelling. Movies, episodes of television, books, comics, and more can be judged against the Bechdel Test. In order to pass, a story must fulfill three criteria.

Many major blockbusters and Oscar-nominated movies still fail the Bechdel Test spectacularly. According to numbers from the Bechdel Test Movie List, the biggest offenders tend to be war or action movies, but problems exist in every kind of genre. In romance movies, which is one of the genres that scores highest, slightly over 60% of movies passed the Bechdel Test. Overall, more than 40% of movies failed the test.

Why Does It Matter?

The Bechdel Test forces the viewer to consider how women are being characterized as a whole. It raises awareness of the subtle messages that are being projected about women. As a culture, we are susceptible to these messages. Using the Bechdel Test makes us consider what messages we’re receiving and decide if those ideas are acceptable.

The first criteria deals with the lack of diversity and representation in female characters. If all women are represented by just one character in the movie, women as a whole are being simplified to an absurd degree. In a typical superhero movie, the single female character is a skinny-but-busty, white woman with just a touch of tragic backstory. In a typical comedy, she is a skinny, girl-next-door, white woman who is just imperfect enough for the main character. Many movies only have one woman character, which lessens the number of women’s roles available. Black, queer, and fat women get excluded because of the desire to fill the one woman’s role with a skinny, straight, white woman. Women viewers are left with one person in the movie with whom to identify. Many times, this leaves a large portion of the women viewers unfulfilled. While boys can pretend to be Hulk, Iron Man, Captain America, Hawkeye, or Thor, girls are either Black Widow or they don’t get to be a superhero. It is important to have multiple women characters providing diversity with which more women can identify.

The second criteria addresses the stereotyping of women in media. If there are two or more women but they never even speak to each other, they are often set up as opposites or even enemies. This speaks to how women are often pushed into one of two roles, with no way to address the center of the spectrum. Women are either the slutty badass villain or the hometown virgin. They’re the ultra-efficient workaholic or the dutiful stay-at-home wife. These kinds of extremes force an image of women that excludes normal people, who might care about both work and family or enjoy sex as well as a relationship. By requiring that the women interact, it makes it less likely that the movies depict women in shallow archetypal roles.

The third criteria addresses the problem of women characters revolving largely around the men in their lives. If the women in a movie only speak about men, it suggests that those men are their first priority. This is a dangerous idea that is often perpetuated by movies. Women are seen as completed when the right man comes along. This leads to the belief that women value the opinions of men more than their own happiness or individuality. By putting the focus on something outside of men or relationships, the third criteria ensures that the movie does not support this false stereotype.

All three Bechdel criteria address important aspects of sexism in media. By forcing the viewer to be aware of the stereotypes in a movie, the Bechdel Test challenges traditional assumptions about women.

What Does This Mean in Real Life?

As mentioned earlier, many major movies still fail the Bechdel Test. These are movies that we absorb willingly, often without thinking about their impact on our perception. By applying the Bechdel Test, we force ourselves to think about how women are portrayed in media. This awareness can help us protest the sexism that is rampant in blockbuster movies.

The good news is that the tide is turning. According to a survey by Vocatic, movies that adhered to the Bechdel Test in 2013 did much better at the box office than those that failed it. While only 17 of the top 50 grossing films passed the test, they earned almost double what those that failed it earned. It turns out that audiences actually like women characters with some depth. The Bechdel Test plays a major role in starting conversations and drawing attention to problematic movies, which in turn encourages producers to include positive representations of women in their movies.

The Bechdel Test and movies’ inability to pass it shows how women are kept two-dimensional in a shocking number of movies. This becomes a problem when we realize how much media affects our perception of real life. Applying the Bechdel Test once in a while keeps us aware of the kind of messages we’re receiving. By aiming to watch movies that represent women more completely, we can increase representation and depth in female characters. The Bechdel Test forces us to rethink the messages we accept and allows us to change those messages.