7 Feminist Concepts You Need to Know

While equal rights for every single woman is feminism’s main goal, there’s a lot of terms that might sound totally foreign, and concepts that are sometimes tough to understand. Below, brush up on your feminist vocab and some of the most common themes and concepts in feminist theory. It’s not just about understanding feminism – it’s about being able to develop yourself as a feminism, have informed conversations, and become an advocate for gender equality! 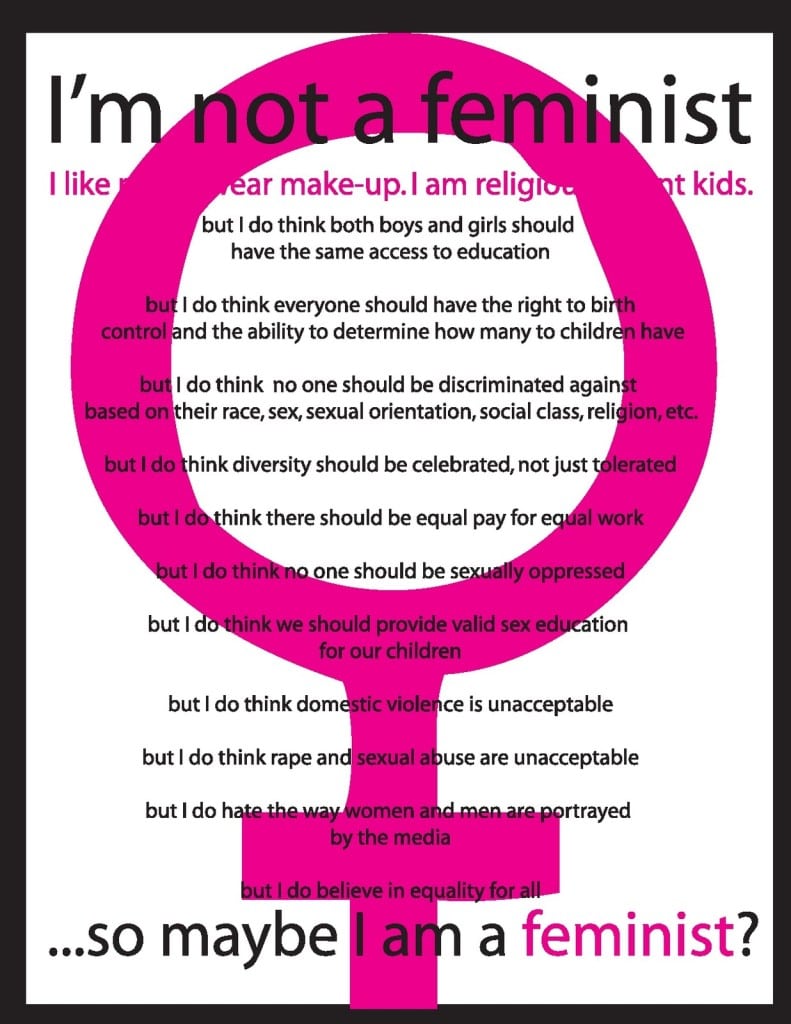 “Patriarchy is the term used to describe the society in which we live today, characterized by current and historic unequal power relations between women and men whereby women are systematically disadvantaged and oppressed.” This is the idea that men own society, financially in a sense, but also by controlling social norms. Historically, you can see it being carried out un-apologetically since the middle ages where men married pre-pubescent girls for a sum of money given to their father. There is also the idea that queens needed to produce a male heir, because female’s could not be trusted to rule alone. More recently were the concepts that women’s work was domestic and of course, that women didn’t deserve to go to work/go to school – because men knew best what was best for them.

Patriarchy, in summary, is the treatment of women as though they are children who can’t make their own decisions without the help of a man, and the ways in which men benefit from that concept.

It’s relevant in almost any view of feminism, some examples being: the existence of purity balls, the double sexual standard, and the under representation of women in government. So when we say we want to Smash the Patriarchy? We’re saying we want to stop having expectations and social norms set for us by men, for the purposes and benefits of men. 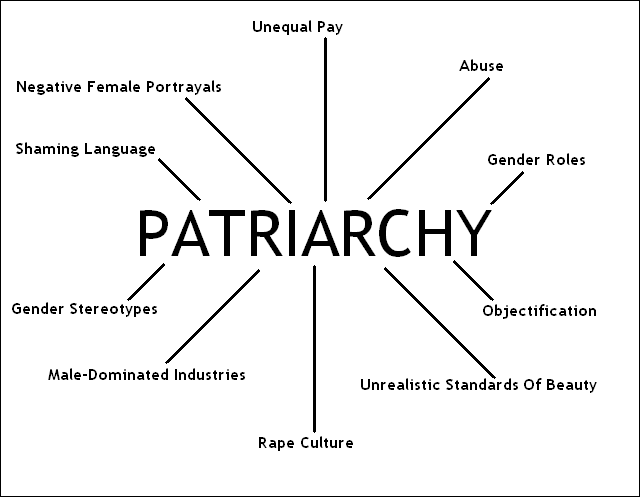 The hatred, dislike, or mistrust of women.

Many of the things feminists are against have a root in either patriarchy or misogyny. Misogyny is used against women in general, and especially by people who are “anti-feminist”, to put them down, degrade them, shame them, “hate on” them, and make them seem less than human – incapable of making rational decisions and being a productive member of society beyond their baby makers.

Both patriarchy and misogyny show up throughout examples of inequality. An example would be classic gender roles,  both solo and with partners. The female as the mother/maid and father as the money maker, came from the distrust of women to be able to do anything more than what their biology “dictates”. The kind of work women were allowed to finally do: secretary work, sewing, and entertaining.

Want to know if you’ve got a misogynist on your hands? Check out this article by Life Script. 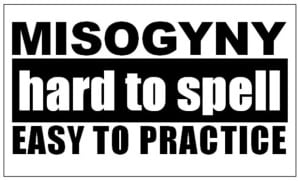 Mostly relevant to women, reproductive rights is that idea that it’s up to an individual or couple to decide what they will do when it comes to planning or not planning a family. Relevant issues include: birth control, abortion, and medical treatment of rape cases. (Good legal definitions given here.)

The creation of birth control is where the fight for reproductive rights really started because it gave women control over their bodies own bodies. That isn’t to say though, that it was an easy fight. As we’ve seen before, women’s sexuality is a scary thing to society, and for years, birth control was hard to get. For many women, it still is. For a while it was only for married women, then some states outlawed it all together. Finally the government got it’s shit together and made birth control rationing illegal.

Then, we moved on to whether women have the right to terminate a pregnancy in their own body. It went on until the decision of Roe v. Wade made outlawing abortions illegal, within certain medical timelines. That was fourty years ago, so you think we’d be in the clear. Right? Wrong. Abortion rights are being questioned and are being systematically taken away, even now. Want to help stop it?  There are organizations that have great programs! 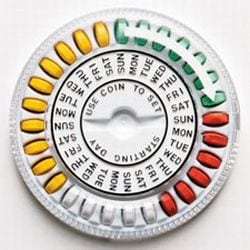 Refers to the monumental decision of Roe V. Wade in 1973, in which denying women abortion became illegal within certain trimester guidelines. Many people use the shorthand Roe in writing. Roe was a huge step towards sexual equality and although many religious groups have disapproved, the law stayed pretty much the same for the first thirty years. Now however, organizations who don’t agree with the right for a woman to control the happenings of her own body are working hard to make it so complicated to get an abortion, that it will be just short of impossible. Wanna know more? Here’s some Laci Green coming at-cha!

Objectification is exactly what it sounds like – the act of treating people as if they were objects that one can play with, trade, or dispose of how they’d like. In feminism, this often comes up in the discussion of advertisements and how they literally take women’s bodies and turn them into objects, particularly in regards to their sexuality. This practice of taking pieces of women, not showing their faces, and using their bodies to portray objects dehumanizes women. It has been linked to a higher instance of rape, since it’s easier to rape someone when you don’t see them as a living person with feelings, just as a beer can with boobs and a vagina. (See examples below.) 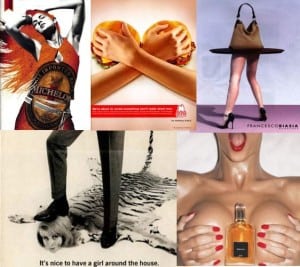 Gender roles have been making decisions for you since you before you were born, literally! Gender roles are the “the public image of being male or female that a person presents to others.” or in more vague terms, everything society has taught you about your sex and gender since day one. Pink for girls and blue for boys, princesses and the super-heroes who save them, women nurses and male doctors, the list of examples go on and on. Gender roles really get on my nerves. Kind of like the glitter of society, you find them in everything. All that misogyny and patriarchy we discussed above? Yeah, peppered with gender roles. What about you? Where do you see them?

Here’s a Laci Green video to explain more. I just love her explanation so much!

Ah Meninists. Often supporting the Men’s Rights Movement, they are my sworn enemy. Meninists are literally the opposite of feminists. They believe that males are oppressed and that feminism aims to further oppress them. According to BBC, the goal of meninsm is to express the difficulties of being a man in our time. The things that they’re complaining about, though, are things like: unrealistic male body standards, “having” to pay on dates, the idea that men can be “forced” to be fathers but mothers can’t, and that male lives are not as valuable because of the historical saying “women and children first”. The best thing about meninism is that if feminism achieved gender equality like we wanted to, all these things would go away. So basically, they are men who don’t understand the goals of feminism and how it wants gender equality for all, not just the advancement of women. 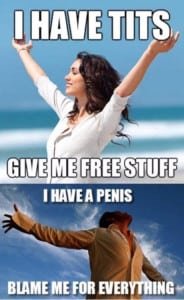