What It’s Like to Edit Adult Films (and Design Toys Too!)

Los Angeles native Gabrielle Anex has worked as an editor in the adult industry for 20 years, where she has won multiple awards for her work. Her time in the industry also caused her to realize there was a toy-sized gap in the market – something specifically for two ladies. And so! The Shi/Shi Union was born. Almost anyone who has used a toy has likely dreamed of what it would be like to design their own perfect vibrator! So when we had the opportunity to interview Gabrielle about her design experience, her editing career, and more, we definitely seized the day! 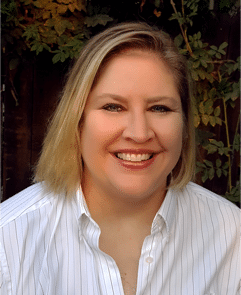 Could you share a little about who you are and what you do?

I’m a woman who came from a very small town and once worked at a video store that had an adult section. I remember I found it really hard to even go into that section when I worked there because the pictures on the boxes were embarrassing and gross. Now, if you go into an adult store or buy an adult film, there’s a pretty good chance it was edited by me. I find that hilarious.

What inspired you to pursue an editing career in the adult industry, and what has your journey been like?

What challenges have you faced along the way, if any? 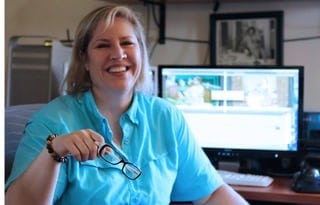 What does a typical day look like for you?

I usually go in to the office around 9am and start my day with lots of coffee. Then, I prepare myself for getting up close and personal with people’s private parts. I know that sounds exciting, but it’s really to the point where if I see nudity in non-porn films, I hardly notice. I find most people are more attractive while wearing clothes.

I will edit the sex portion of a film first, then do the more creative work. And by creative work, I mean making the women look beautiful and sexy and if there is dialogue, trying to cut it in a way that helps the scene to be more real. A big part of my job is taking out the director talking to the talent while the sex is happening. It happens more than people realize. So I spend a lot of time cleaning that up and trying to cover any talking. I’m usually out of the office after eight hours, but I do go home and work some more on my personal projects afterwards.

When I first started, the bigger productions were all still shot on film and there was a lot of creativity happening as far as plots and directors trying to be experimental. You don’t see that as much today. I remember how strange it was to learn to edit on a computer, because in film school I was still physically cutting film. I’m glad I had that background though because it helped me to become a better editor and to really think about the cuts I wanted. 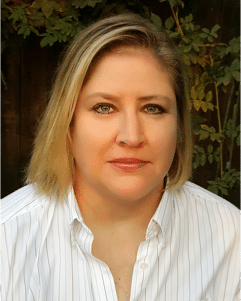 In addition to being an acclaimed editor and writing up some great articles in your free time, you recently created a unique sex toy, the Shi/Shi Union massager. Where did the idea for this toy come from? And how do you hope it will influence the adult pleasure market? 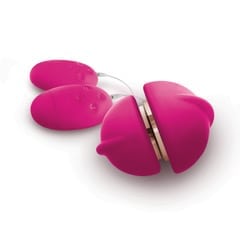 Do you have any upcoming projects (or new inventions) our readers can be on the look out for?

I am currently finishing up post production on a mainstream web series called, UnCorked that I’m very excited about. It’s a comedy about six women who belong to a Jane Austen book club who, one day, decide they would like to try to make a porn film. It’s very funny and bold and the Shi/Shi Union actually makes a cameo so that’s a bonus! Look for it online soon. And I am in the process of coming up with more lesbian sex toy ideas. I just pitched another to NS Novelties – the same company manufacturing the Shi/Shi Union. I’m hoping to really tap into a need in the lesbian sex toy market that will get more lesbians talking about sex and trying new things together.