There’s something so empowering and titillating about taking and sharing sexy nudes with others, especially romantic interests! Usually when we send one it goes without saying that it is only for the eyes of the recipient. But what happens when that type of privacy is disregarded? While we can all agree technology has made life a lot easier in most ways, the increased levels of interconnectivity that come with it have made the danger of having your provocative selfies “leaked” with just one click a scary reality.

Could you share what BADASS stands for, and what inspired you to start this movement?

BADASS stands for Battling Against Demeaning and Abusive Selfie Sharing. After finding my own private images posted publically online, I found myself feeling helpless and isolated. The police wouldn’t help me – it’s legal to do this in Ohio, and I found myself without any recourse. I didn’t think that it was right for people to victimize others this way, so I started reaching out to other women who were posted in the same threads I was on the image boards dedicated to sharing nudes without permission. We formed a Facebook group and started brainstorming ways to fight back. We decided we want to create a sex positive, empowering movement that encompasses everything to fight revenge porn- legislation, awareness, education, and victim support, as well as actively working to shutdown the websites solely dedicated to the practice – like AnonIB. 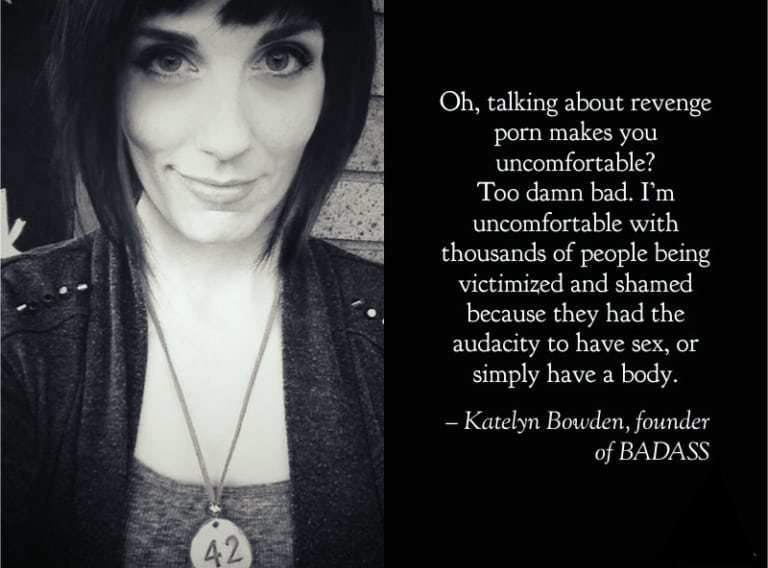 For many of us, we live in a “selfie generation.” How do you feel this has blurred the lines of privacy and consent?

I think that behind a computer screen, there’s a disconnect – it’s easy to think of the other person as a username or a picture, instead of as another human being. As a result, it’s much more tempting to share a photo, and have a false sense of safety and trust. Most of the people who post the images publicly don’t realize the damage they’re doing to another person – because they’ve objectified that person thanks to that disconnection.

What rights do individuals currently have over their intimate photos? Through your movement, what laws or changes to the laws do you hope to see put in place?

You aren’t alone, and you can fight back. You have nothing to be ashamed of – it’s just a body, it’s just sex. These are both natural things, and it’s absolutely terrible that someone would try to shame you for them. 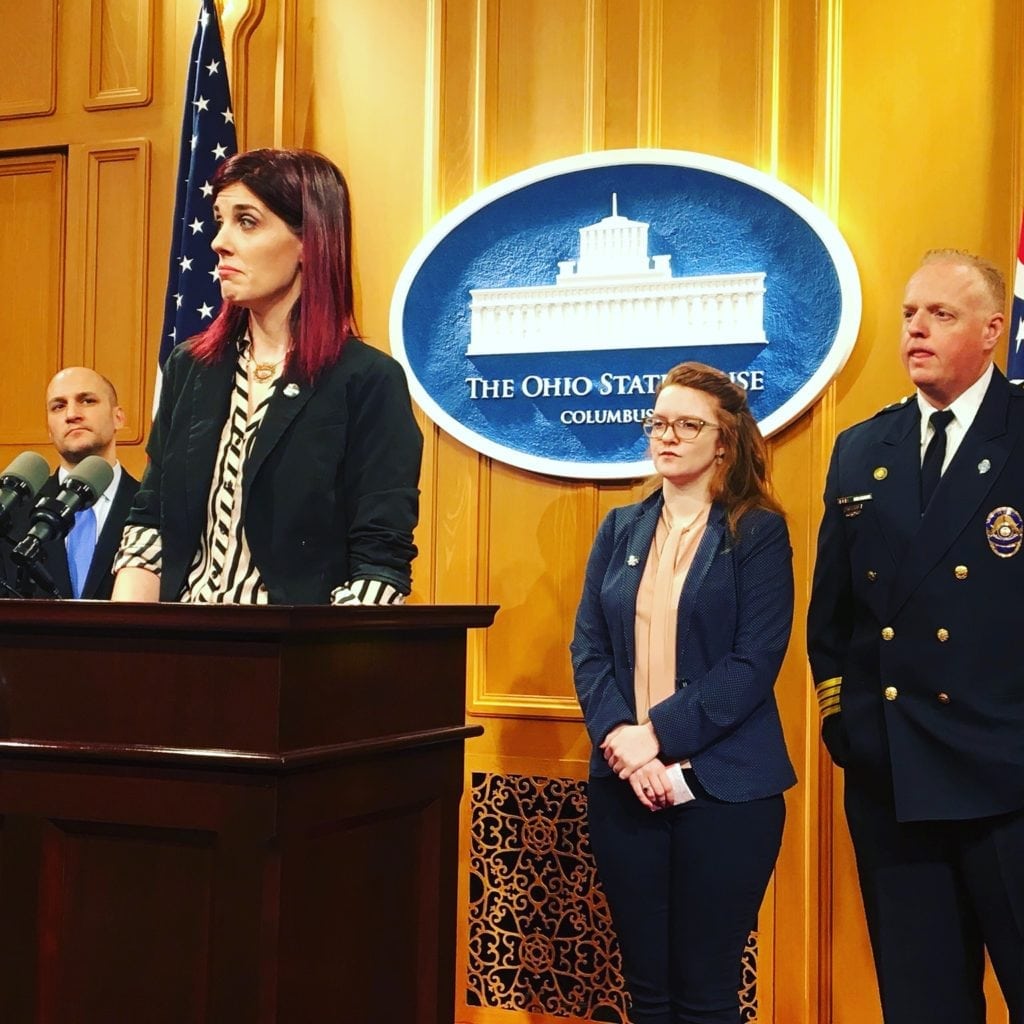 What type of resources can they expect to find through your group?

We have lawyers who will give advice and send out takedown requests for free, and can start civil suits for individuals on a contingency basis. We have law enforcement officers who can advise you on what your criminal options are, and help you fight back within the confines of the law. BADASS provides IT support – whether it’s walkthroughs on picture removal, or individuals willing to help victims learn how to navigate the websites posting their photos, and how to prevent this from happening again. We also provide mental health advocates, victims advocates, and education for all victims. The biggest means of support that BADASS provides,  though, is that we’ve created a safe, judgement-free space online to connect to others who have experienced similar trauma. Feeling alone, and not knowing who to trust is an overwhelming emotion when this happens – and bringing victims together to provide peer support lifts a huge burden off of most people.

If you had to come up with a “Top 3 Tips for Safe Sexting,” which would make your list?

1. Watermark your images. Put the name of the person you are sending them to, in a tiny font on an inconspicuous part of the picture. Or across your body in a almost transparent font. It’s a great deterrent against people posting them online

2. Use an app like Keepsafe to store any images you want hidden. Don’t save them within Snapchat or on the cloud – both are vulnerable to hackers.

3. Don’t be pressured into sending things that you aren’t comfortable with. If the other party is pressuring you even after you set your boundaries, they’re probably a scumbag who doesn’t deserve your nudes anyway.

In what ways do you feel your community exemplifies the ideals behind girl power?

We support each other – regardless of gender, sexuality, beliefs, race – because of one shared experience. It’s amazing to see a member of the clergy discussing VPNs with a dominatrix, or a teenager helping an internet-illiterate stay at home mother send a takedown request. there are no dividing lines in BADASS. We also teach victims how to be their own advocates for justice, and that is incredibly empowering. It’s amazing – we’ve connected almost a thousand people (mostly women, but we help all genders) together, and there has been almost zero instances of infighting or judgement. To me, that truly exemplifies what women can do when they set a goal and work together.

And what have you learned along the journey?

So much. When my images were posted, I barely knew the internet outside of Facebook and Google. Now I’m doing some pretty advanced coding and helping teach law enforcement how to navigate some of the platforms used to share images illegally. I never had any experience running a movement-  I was a bartender before all this started, and a lot of what we’ve accomplished has been through trial and error. 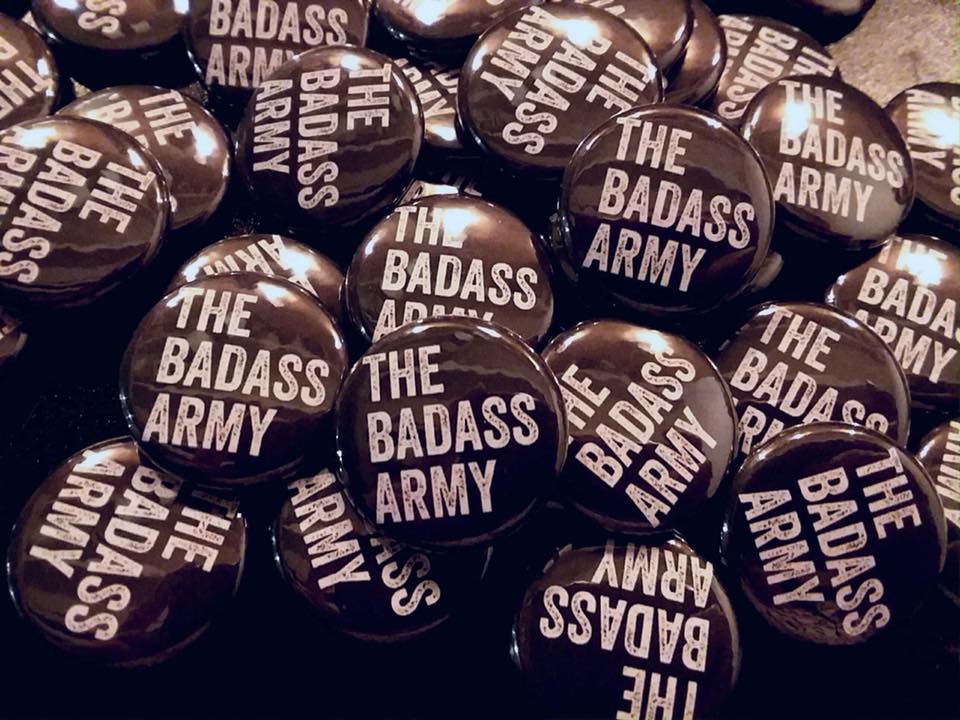 What are the next steps for BADASS? How can interested readers get involved with the cause?

Our next steps are finally getting our website up and running, fighting for legislation to protect everyone against this practice, and continuing to help as many people as we can. We also hope to start an educational program to teach teens about image abuse – stressing consent, uncomfortable conversations, and respect for your partners even after a breakup, instead of pushing the “don’t take nude selfies” stance that most programs emphasize. We are also starting to book speaking engagements to teach people about image abuse, as well as how to protect themselves.

Our inboxes are open on all of these platforms, and we encourage victims to message us to join the private BADASS group to get help and support.

If anyone is interested in donating to our cause in order to continue providing victims with support, and help with our legal costs in shutting these websites down, our gofundme is https://www.gofundme.com/help-us-to-shut-down-anonib and we really appreciate every donation. Bonus: it’s tax deductible, because we are a non-profit entity.