What to Expect at a Pride Parade 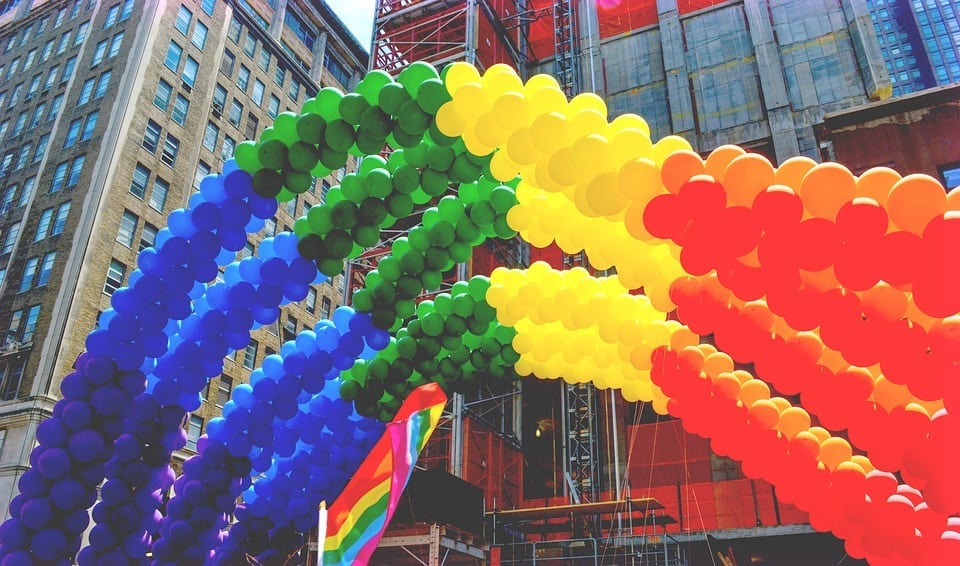 Pride originated with a protest march in New York in 1969 . The demonstration was meant to bring attention to the mistreatment of gay men by police at the Stonewall Inn. In 1970, Gay Pride was created to commemorate the march. A lot has changed since 1969, and Pride is no longer a purely political phenomenon. Pride celebrations now occur worldwide, in cities around the globe—most of them on a weekend in June or early July.

Pride often includes a parade, in which LGBT groups, allied groups and pro-gay politician or celebrities participate. In 2015, at New York Pride, one of the biggest in the world, Sir Ian McKellan was one of the grand marshalles. Local companies will often attend to show their support for the LGBT community. Any number of groups can be found in a Pride parade, from Dykes on Bikes to a chapter of PFLAG to a local roller derby team. Other Pride events could include a picnic, a pool party, a softball game, a modelling competition or a running race. Many cities also hold a “Dyke March” the day before the Pride Parade to celebrate girls who like girls.

Pride has also evolved to include a lot of partying, mostly in gay bars and the streets of the local gayborhood (gay neighborhood). Stay just tipsy enough to cheer during the day and then go crazy at night. Many bars have Pride specials that offer discounted drinks, and clubs will be active until the wee hours of the morning. Pride can be a huge hookup scene as well, so expect to see plenty of same-sexiness. It’s a fun time to get drunk, make out with strangers and be proud of who you are. 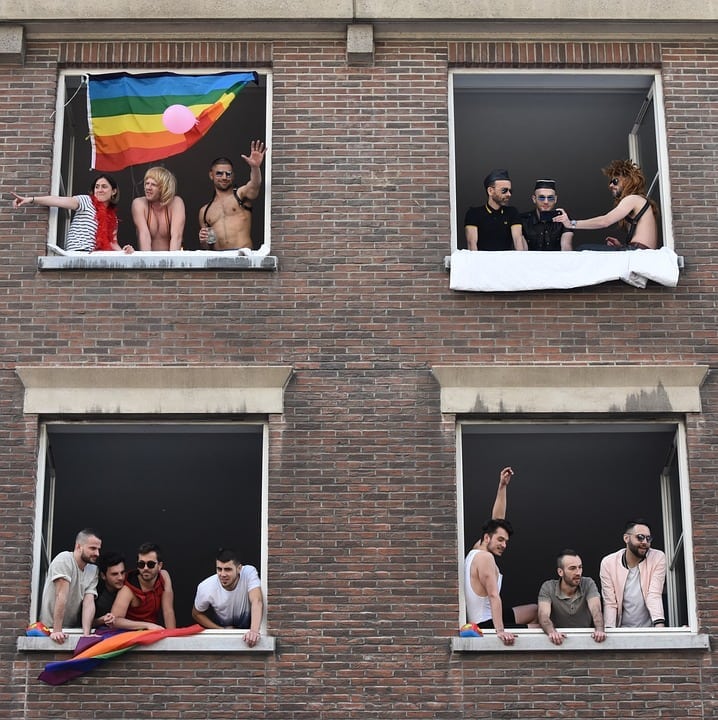 Why Does It Matter?

Regardless of the drinking, the partying and hookups, Pride was built upon political injustice and continues to serve as an outlet for the LGBT community to express themselves for exactly how they are. Many Pride celebrations focus some of their attention on the ongoing struggles faced by LGBT communities around the world. In some places Pride is illegal, or attempting to hold a Pride Parade would result in violence against the people marching. Pride serves as a reminder that even though the LGBT movement has come a long way, they still have more obstacles ahead of them—but with the support of the community, anything is possible.

Pride is also, well, a time to be proud. Many LGBT people have had their own issues with repression or intolerance. Pride is a safe space for people to express themselves without judgment. Wrapping yourself in rainbows and running down the streets is cathartic for people who feel as though their identity often goes unrecognized. By celebrating that identity and expressing confidence in our individual sexualities, Pride strengthens the LGBT community. 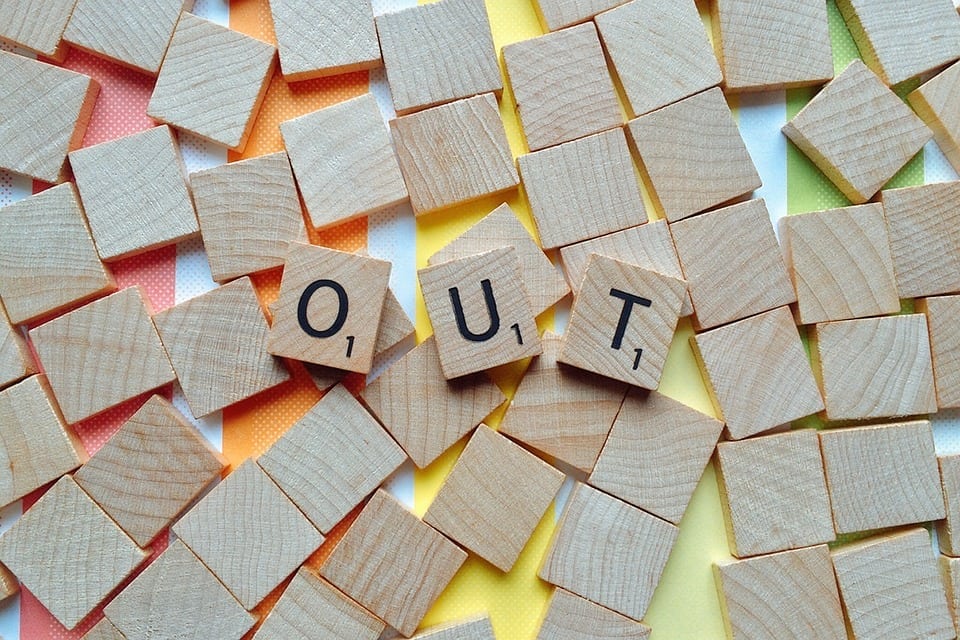 Pride varies a lot from city to city. In cities and countries that are still facing extreme homophobia, Pride is often more political. In bigger cities, especially gay friendly ones, Pride is a party. Activities may in include, but are not limited to—a Stone wall reception, block parties, parades, fashion parties, 5k runs and/or concerts. Smaller places may just have a get together or a small parade. The character of Pride may affect if you want to attend every event or just a select few.

The best way to find out about your local pride is to look it up. Find events that look fun and interesting. If you’re more interested in going out, check out local gay bars. If you just want to get to know queer people in your area, look for something laid back. If your city has a major LGBT organization see if there is information on their website.

Are Straight People Welcome Too?

Pride is a supportive environment, and straight people are welcome as allies. There are just a few extra things to consider, if you’re attending Pride as a straight girl—

Don’t be surprised, or offended, if someone hits on you. Pride can sometimes be a bit of a hook up scene. If you’re straight, let the person know. Don’t laugh at them and don’t act like they crossed a line. It’s never okay to shame someone for being brave enough to make a move, but it’s especially not okay in a queer environment.

Don’t be surprised if people assume you’re queer. At Gay Pride, you are gay until proven straight, because any other weekend, everyone assumes the opposite. Pride is a celebration of gender-sexual minorities, so it is not going to fit into traditional assumptions. Homonormativity is an important part of Pride, because it makes people feel as though they are in an entirely safe space.

As long as you’re respectable and comfortable in an LGBT environment, there’s no reason why Pride shouldn’t be a wonderful experience for an ally.

How Can I Have The Best Pride Experience?

Pride is more fun if you’re involved and enthusiastic! Don’t hesitate to dress up; no matter what you wear, it is guaranteed that you will not be the most flamboyant person there. Rainbow is always a good bet. Temporarily dye your hair, paint your body or wear some rainbow suspenders. Buy a rainbow flag and drape it around yourself.

Be loud and supportive while you’re there. Whether you’re part of the LGBT community or not, Pride is a wonderful event to show your support. Feeling involved in the festivities is an important part of having fun. Drinking and partying is more or less the same as any other fun weekend. Keep in mind the rules of day drinking. Drink lots of water and don’t get too wasted too early. You don’t want to be the girl who passes out before the night begins. 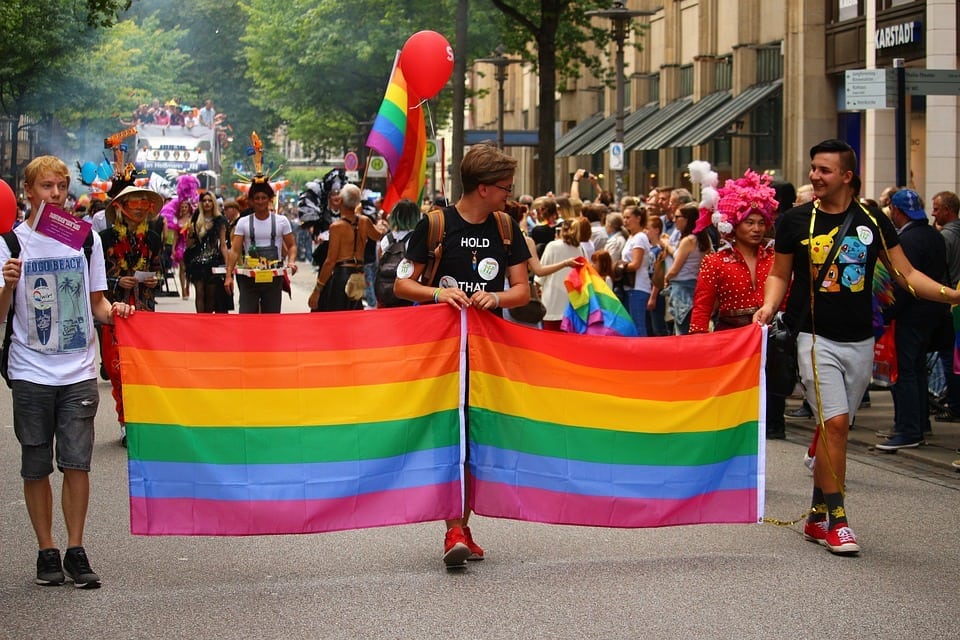 Is There Anything I Should Avoid?

Pride faux pauxs are few and far between, especially if you manage to avoid being the drunkest girl at the party. The biggest rule you need to keep in mind: don’t be judgmental. Contrary to media representation, Pride isn’t only about naked men on floats. Still, there is a chance that you will see some pretty risque outfits. People attend Pride to express themselves and their sexuality without fearing bad reactions. Don’t judge people for their collar, their bare ass or their dress. Pride is a place for people who haven’t always been accepted in mainstream culture to strut their stuff. 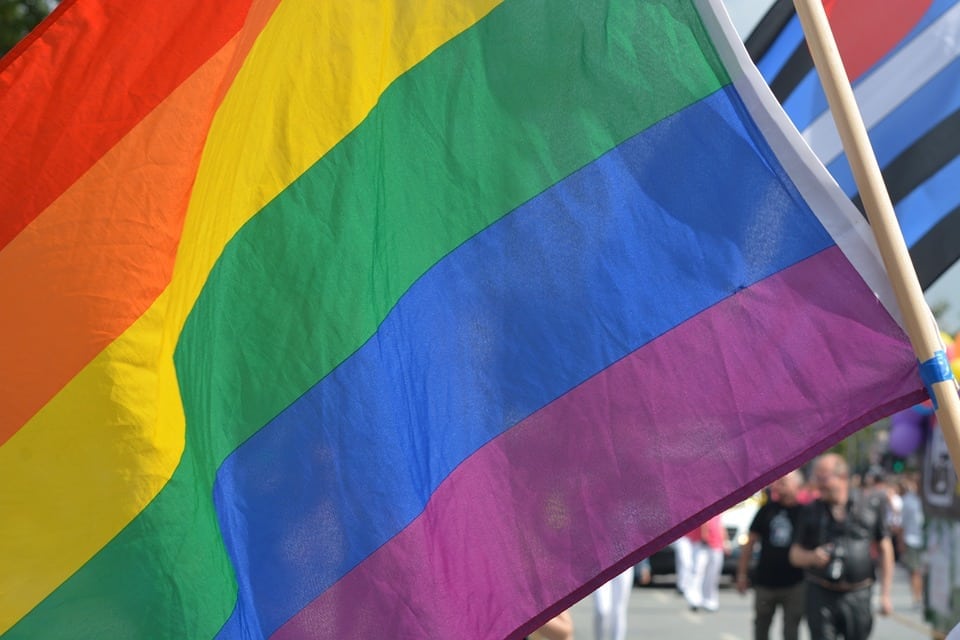 Pride is an opportunity for fun and celebration. While it has a very political history, and its emotional impact is important, a lot of Pride experiences are primarily fun. As long as you’re accepting and understand that not everyone fits into the mainstream, go forth and have a fabulous Pride experience.