How to Handle Rejection in 6 Steps

When it comes to failed relationships, the only thing worse than rejecting someone is being rejected. Some might say it’s the other way around, but I’m inclined to disagree. Being rejected causes not only heartbreak and disappointment, but a deep sense of embarrassment. Whether you asked someone new out and they said “no” or your partner of many years just dumped you, it can feel like the worst thing in the world. In order to move on, you’ve got to put your phone down, stop Facebook stalking them, and come to terms with it. This is your reality now. You’re going to make it through. Here are some tips to getting over a case of rejection. 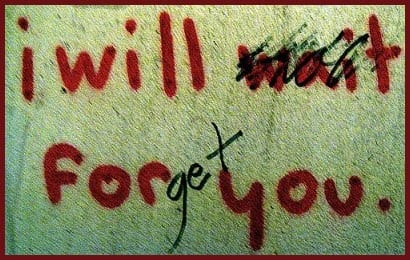 Rejection sucks. Whether your long-term relationship just ended or your crush stood you up, it’s okay to feel sad. Cry it out if you have to. But there’s a thin line between healthily recovering from a failed relationship and wallowing in self pity. Trust me, I’ve crossed it. If you find yourself feeling down about the relationship for longer than it lasted (i.e. still crying over your failed six month-long relationship a year later), try to make an active decision to no longer allow yourself to cry about it and get yourself out there again (more on that later). If you’re concerned that the break-up has led you into a downward spiral that goes more into the territory of depression than healthy grieving, consider talking to a therapist or your doctor. 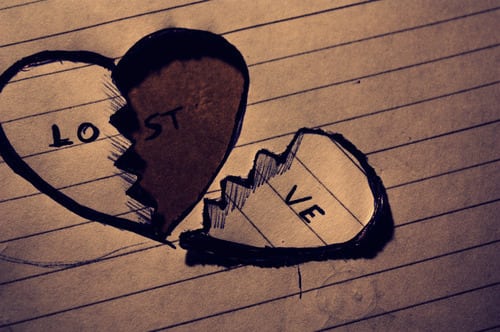 2. Surround yourself with love.

Start with telling your friends and family about what happened so they can be there for you. There are those situations where your friend who set you two up or your marriage-minded mom might feel upset about the break-up, too — or even angry at you. Try to separate yourself from any further negativity. You don’t need it at this point, or ever, really. Your friends will likely be more than happy to be your wingwomen if what you crave is a night out and a new pair of lips to smooch, or they’ll bring over the wine, ice cream, and chick flicks.

But don’t forget about self-love, too. Just because one person didn’t see your beauty, inner or outer, doesn’t mean it’s nonexistent. If you’re feeling down about yourself as a result of being rejected, make a list of things you like about yourself, either mental or in a journal. It sounds cheesy, but cut out inspiring quotes from magazines and put them up around your mirror. You deserve to be happy, and you will have another chance with someone better suited for you. 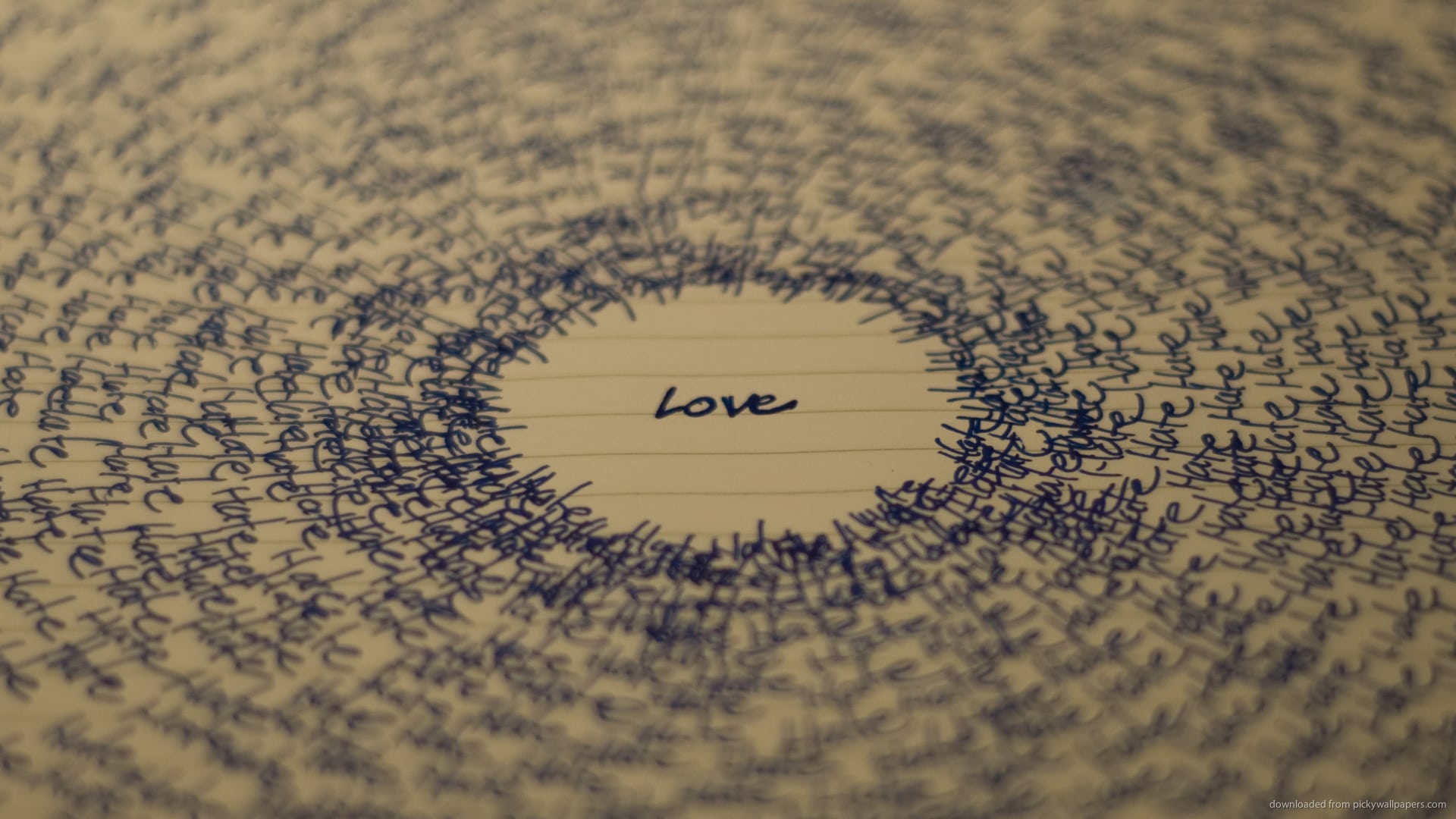 I’m definitely guilty of texting exes, ships that have sailed, etc. I’m especially bad at this when I’m drinking. At first it might be best for you to stay sober after a break-up, but if you like to go out drinking, you’re not going to manage that 100% of the time. There are tons of tricks to avoid texting or – worse – drunk-dialing your failed crush. In this new day and age, even if you delete a number from your iPhone, it’s still magically there when you go to shoot a text, so my go-to is changing the ex-love interest’s number to that of one of my friends (who knows about the situation and is supportive) before deleting it. That way, you’ll a) remember that their number and is no longer accessible, and therefore not text them or b) send any embarrassing inebriated texts to a friend instead. 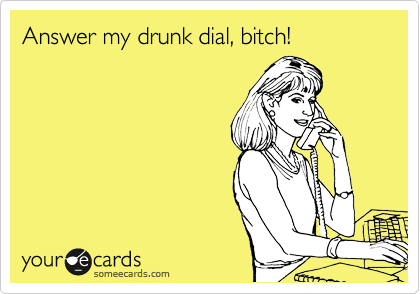 I’ve been “that girl” who deleted her ex off of every form of social media, only to add them again a few months later once those negative emotions started to blow over. The only thing worse than having to see your ex’s updates is the embarrassment of having to wait for them to accept your friend request after you’re long broken up. You might think now that you never want to speak again, but it’s possible that won’t always be the case. I’m not encouraging you to start hoping that it’ll work out and they’ll come running back. I am saying that you might realize you left your favorite bra at your ex’s apartment. Or maybe you asked a friend out and they put you – gasp – in the dreaded friendzone! If your friendship was real and not founded on your attraction to them, you’ll get over the rejection and start missing them and wanting to speak again. Cut your losses, but consider whether or not you really want to cut all ties. 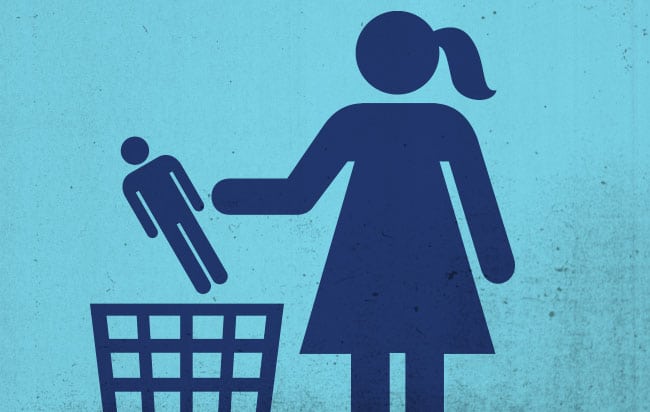 5. Put yourself out there again.

Unless you know you’re not ready for (or interested in) sex, dating, or any relationship again, you’re going to have to put yourself out there. Some say the best way to get over someone is to get under someone else. If you’re comfortable doing so, definitely give it a shot. You may not want to take anyone home, but at the very least you’ll get a confidence boost knowing someone else found you attractive. Reinstall Tinder, ask your friend to wingwoman for you on a night out, or call up your old FWB. You got this. 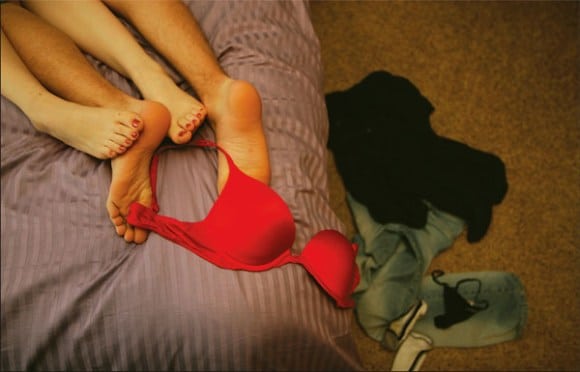 Yes, I just suggested calling up your old FWB, but consider whether or not they’re going to be a good time right now. They might be more than willing to be your rebound, but, if you haven’t spoken since acquiring your now failed boytoy, they also might feel bitter that you only call them up when you’re single. If you know you’re still feeling emotionally fragile, don’t be afraid to ix-nay going on OkCupid dates for a while. However, like I said earlier — know when “a while” has crossed into the territory of way too long. 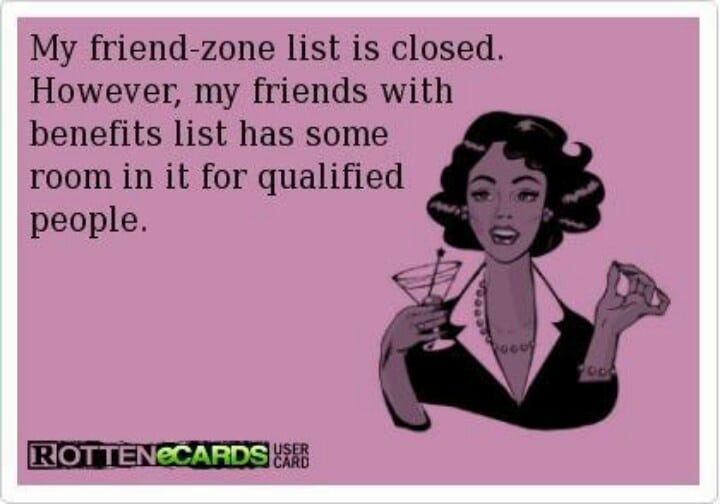 Rejection sucks, but it’s part of life. There are so many clichés, yet they’re all so true. There are other fish in the sea, you have to kiss a few frogs before you find your prince(ss), there’s someone out there for everyone (or more than one someone!). So take a deep breath and get ready to move on. You’ve got some fishing to do.