Monogamy is the most accepted relationship style in our culture and has been enforced by society throughout history. Perhaps it’s preferred because of “convenience.”  When people are monogamous, it generally is easier to manage relationships. Even scholars emphasize the healing effect of a loving, committed, sexual relationship – where commitment is generally defined as being with one person.

Paul Pearsall describes a negative view of non-monogamy, stating “extramarital sexual relationships [will] reduce the bonding and intimate connections that are necessary for [one’s] sexual healing.” Other scholars such as Moschetta and Moschetta claim that “[w]hen you have the marriage spirit, you are monogamous by choice.” 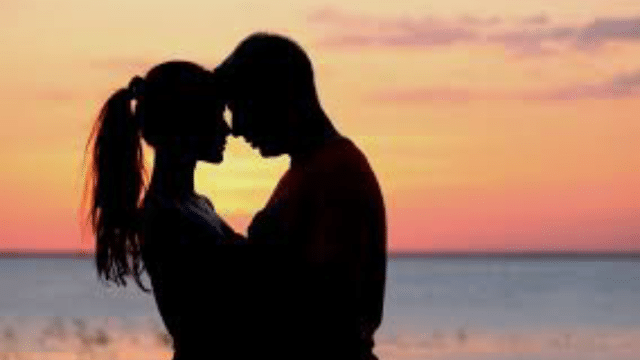 But, can traditional monogamous marriage really adequately provide for the intimacy needs of everyone? Social changes, like globalization and the popularization of the internet, plus modern thought shifts, such as feminism and post-structuralism, are changing the way we view relationships. Now it is estimated that half of a million Americans are polyamorous, even though they may not be familiar with the word “polyamory.” Additionally, research has shown that people who engage in polyamorous relationships are more highly educated than the general population and have a higher household income. Researchers suggest that people who are higher educated are more likely to be able to “find a subset of the society that is outside their original social group,: and perhaps also more likely to be willing to question the traditional values of monogamy. 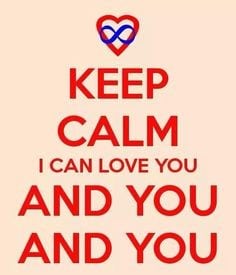 One of the challenges in polyamory is the struggle of ambivalence, as practitioners often feel “both more empowered and more disempowered” in their relationships. Some feel “empowered by their greater freedom to make their own sexual choices,” while others disempowered by the feeling of jealousy, “fear of censure and social stigma because of their deviance.” Some can feel both at the same time.

Yet, many polyamorous practitioners, like those in the Kerista community (a polyamorous commune that existed in San Francisco from 1971 to 1991), can overcome jealousy by re-interpreting it as compersion, which is “taking pleasure at seeing one’s partner enjoying him or herself with another lover.” Also, jealousy can be decreased by total honesty or open communication between one another. In fact, that’s often written into the definition of polyamory itself, as “Living by the principle that it is possible to love more than one person at a time without deception or betrayal.” 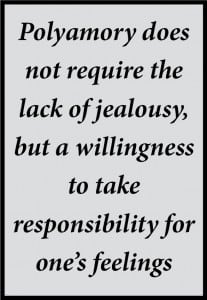 The most significant difference between monogamy and polyamory is that polyamorous people often feel a greater sense of community bonding than monogamous people. This benefit of polyamory is emphasized by Lizful, a poly practitioner:

Undeniably, Lizful’s description also embodies a sense of spiritual healing, which had once been emphasized in the monogamous relationship. Besides community bonding, this sense of spiritual healing is also associated with sexual healing, as “polyamorous people are more likely to be open to being sensual and touching and giving nurturing touch than non-polyamorous people.” Another benefit of polyamory is that it is truly more fun, as other poly practitioners describe that they and their partners are more playful when they are with a third person than they are when they are just by themselves. 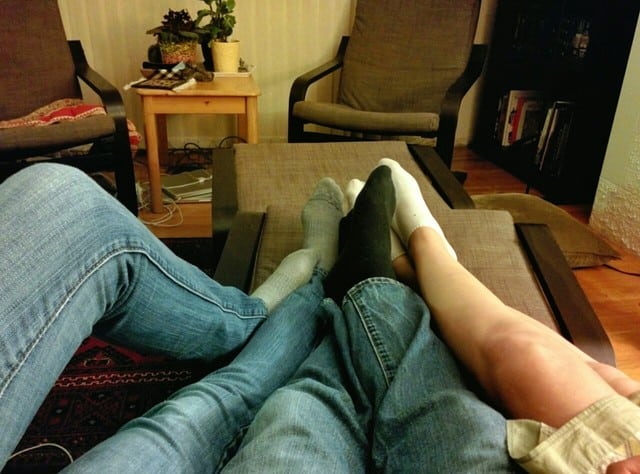 Freedom of choice is important regardless of what relationship style you choose, and it is important to respect different choices. From a feminist viewpoint, polyamory should be celebrated as it embodies equality in making choice in terms of love and relationships. As one poly practitioner describes it, “one of my big challenges in life has been being able to make choices, to feel that I [have a] choice, and by choosing polyamory I am choosing a path of choice… I equally believe that monogamy needs to be a choice too.” 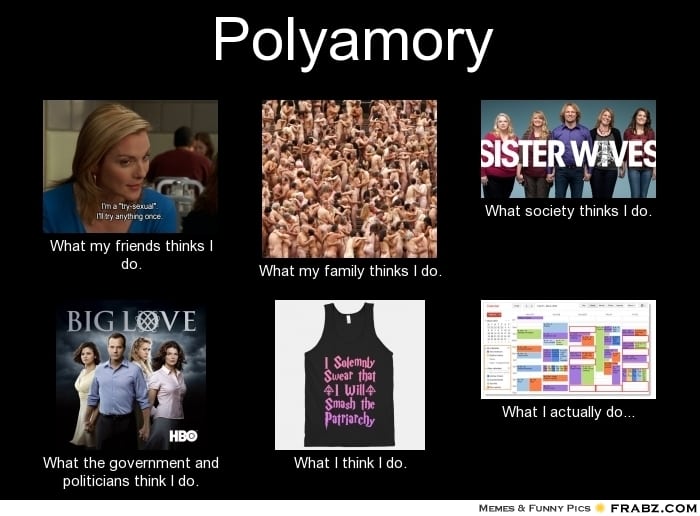