Putting The “Ho” In Hopeless Romantic

If you fall for a slut who just so happens to be a hopeless romantic, don’t expect to find her sitting around waiting for you to rescue her. We HOpeless romantics aren’t exactly damsels in distress. While we damn ourselves with our tactics at times, in general, women who are both romantic and in tune with their sexuality are usually active in their pursuit of love. That doesn’t mean we all come with the same instruction manual when it comes to seduction, though.

From my observation, there are generally two different types of amorous sluts: the Serial Dater and the Commitment-Phobe. 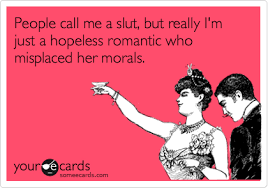 The Serial Dater is absolutely obsessed with the idea of love, and as a result, they search for it anywhere and everywhere. Once someone shows an interest in them, assuming they meet their criteria for a relationship, the Serial Dater will latch on. It’s rare to find this brand of hopeless romantic single. 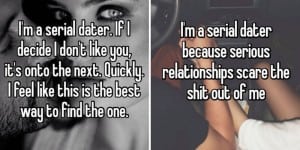 While being in a relationship at all times generally means people won’t use the term “slut” to insult you, that’s not always the case. Take Taylor Swift, for example, whose dating life is always the subject of scrutiny in the tabloids. Whether Taylor is actually a serial dater or not is up for her to say – I won’t pretend to know anything about her or your personal life – but the serial dater is a very real thing, especially among hopeless romantics.

When you’re searching for true love, it’s logical to dive into relationships. How else are you going to find “the one” unless you’re dating? The Serial Dater keeps looking for love by dating and doesn’t give up, even when her relationships fail.

How to win her over: Ask her out. Of course, she won’t just settle for anyone, but if you’re relatively her type or have “potential” then she will likely at least say yes to a first date.

How to keep her: Continue to shower her with the affection she wants and deserves. If you find yourself becoming disinterested, break it off as soon as possible. She likely has someone waiting in the wings if she is growing bored. If she’s still into you, then she needs the harsh truth to move on. Don’t worry – she will rather quickly. 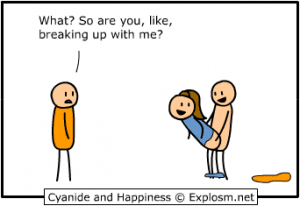 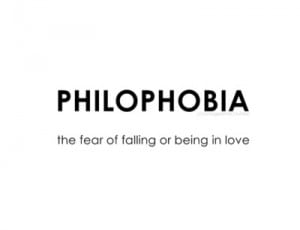 On the other hand, the Commitment-Phobe has so many expectations and desires about love that they tend to run back to previous relationships rather than exploring new ones. While plenty of new dudes might tickle this brand of romantic’s fancy, she knows what love is and is likely to spend time pining over an ex she spent it with rather than risking a serious commitment, potentially followed by heartbreak with a new guy.

This commitment-fearing person is often viewed as a slut because they’re generally single, but that doesn’t mean they don’t enjoy their hook-ups. With the nature of a lover rather than a fighter, it’s likely that this particular hopeless romantic is your friend who ends every party by making out with or going home with someone new. While this might earn you or your friend a reputation as a ho, it’s about so much more than that. Once the alcohol kicks in, it’s impossible to not search for that love you so crave, even if it’s just for the night.

How to win her over: The easiest method is to be her latest hook-up. She’s most likely to let her guard down when she’s under the influence or if you’ve always had a sexual relationship with her. (Note that drunk consent isn’t always consent. Make sure you’re 100% on the same page before you make a move.)

How to keep her: She’s a little skittish about relationships even though she craves them. Don’t come on too strong, but don’t take her shit when she tries to run away. Definitely don’t be ambivalent either. With her, it’s all about finding that middle ground. 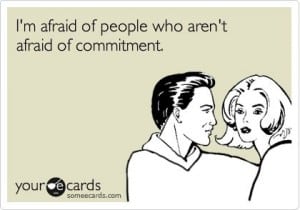 She might be “easy” – both to get into bed or to date – or one, or the other, or neither. On the other hand, when it comes down to it, you very well might think she’s difficult. Her expectations for romance are great, however, she gives as good as she gets in order to avoid getting hurt. 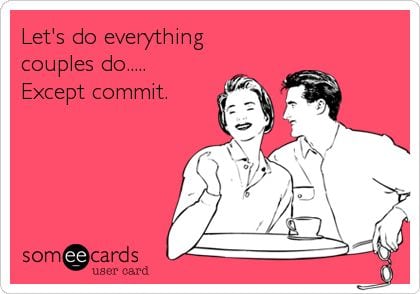 At times, your favorite hopeless romantic might seem easy, while at other times, she might seem like a challenge. Regardless, she’s on a mission for true love and if you’re not on the same page, don’t waste her time. If you think there might be something more than sex there- go for it. Even if things don’t last forever, this relationship will definitely be passionate and one to remember fondly.