I’m in a sorority. I’m a senior. I’ve been recruited and I have recruited. I’ve initiated many pledge classes. I’ve slept with frat guys, and I’ve dated men seriously and superficially. I’ve gone to every meeting I was required to, had my daddy pay my dues on time, and bought all the t-shirts. What I’m saying is, I’m a normal sorority member. That is, until you look at my sexual activity, sluttiness, or prowess as I like to call it.

Those who know the extent of my conquests call me wild. In fact, my big sister says that whenever she thinks she’s heard it all, I say something that surprises her again. But here’s the thing: what I’m doing is not wrong. What I’m doing is not against our values. What I’m doing is not harmful or done out of malice. It’s just being honest about sex. And while yes, at 22, I have had sex with more people than most people will sleep with in their lifetime, that doesn’t mean I’m not a classy (insert sorority name here) woman.

Some of my sisters would whole-heartedly disagree with that statement. They would be the same women who have sent me to standards (the Greek equivalent of getting sent to the principal’s office) in hopes that I curb my “wild ways” and maybe, though I hope not, that I get kicked out of my sorority entirely. In retrospect though, no one has ever sent me to standards for sleeping with people, only showing off my piercings or being a little too drunk at a party. 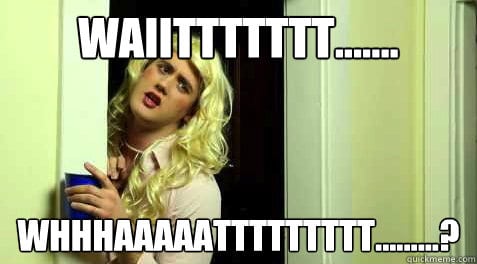 But why? Why is my behavior seen as harmful? It starts with 100+ year old values and highly involves the word “classy” – the word that one TSM writer calls “the real C word”. There is this image that sorority women are proper ladies yet somehow also party animals. Our founders, for the most part, founded our organizations on values that made sense in the context of a society that existed BEFORE 1900, and we’re supposed to adhere to that? Right.

Its not that I don’t appreciate and try to live by our values. I think that most of our values can stand the test of time. But only if we develop them in the context of THIS society. In the late 1800’s, casual sex was absolutely unheard of, but it’s 2015 and it’s a reality for most of us. If we adhere to 1800’s values, we are basically living our lives in hopes of being approved of by our great, great grandmothers.

We’re supposed to be organizations for the betterment and success of women, but we can’t do that if we’re living in the past.

So what can we do? Here’s my advice: snap the fuck out of it. Stop telling intelligent women what to do. Don’t give them a risk of probation for attending male bid day celebrations. Don’t use the image of Audrey Hepburn in Breakfast at Tiffany’s as your role model. Tiara or not, she dated (used) men for money, all throughout the movie. Don’t concern yourself with which sister is sleeping with which fraternity members, nor engage with men or women who have decided to call her a slut.

Trust your sisters. If you think that someone sleeping around is a reputation problem, please check what century we’re in. Casual sex, as long as it’s consensual, is not a crime. In fact, if having casual sex is consistent with who your sister is as a person and she’s happy about it, consider the perspective that she’s living out your values by unapologetically being herself.

Finally, for god’s sake, do not see someone’s party habits as who they are. Everyone has a wild side. Tapping into it is not wrong, but not acknowledging someone’s human side is. We’re all fighting our own battles, and how our sisters feel about who we do or do not sleep with should NOT be one of them.

Here’s to four years without getting kicked out, party on babes.

All my panhellenic love,
Fornicating Feminist