The Power Of “Bitch”

The meaning and usage of the word “bitch” is worth considering. In today’s world, what is the male equivalent of the word? Some might say “bitch” is synonymous with “boss” while many might answer “wife”.

Francis Grose in A Classical Dictionary of the Vulgar Tongue (1785) considered bitch “the most offensive appellation that can be given to an English woman, even more provoking than that of whore.” The Oxford English Dictionary explained two main meanings for the noun “bitch” throughout the nineteenth century:

2a. “In mod. use, esp. a malicious or treacherous woman.”

Besides that, every current desk dictionary supplies some such meaning. For instance, World Book Dictionary noted, “A spiteful, ill-tempered woman”; in Random House Dictionary, :A malicious, unpleasant, selfish woman, esp. one who stops at nothing to reach her goal.” Drawing on this, Beverly Gross concluded, “Bitch means to men whatever they find threatening in a woman and it means to women whatever they particularly dislike about themselves.” In other words, bitch is a word used by men who are threatened by women. 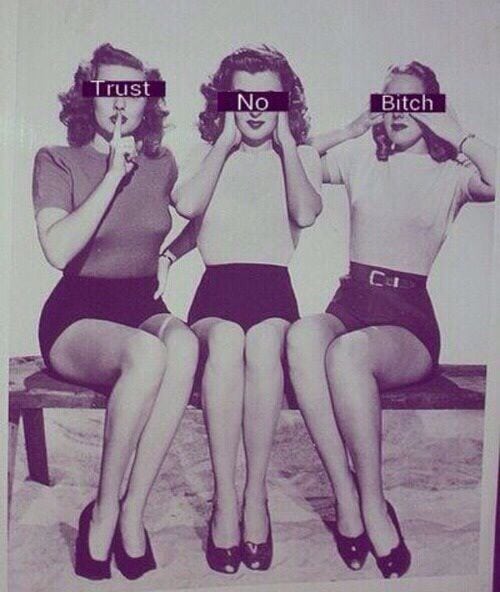 However, while looking up the entry for “Female,” one finds no parallel entry for “Male.” Interestingly, Robert L. Chapman’s definition in Thesaurus of American Slang starts off like a feminist analysis:

Under Chapman’s second definition for the word “bitch” there is a suggestion: “See ball-buster.” Looking up “ball-buster,” one finds,

As Gross has noted in “Bitch,” something has become someone, which means the ball-buster is not a disagreeable thing but a disagreeing (female) person, like “a woman one dislikes or disapproves of.” For Chapman, bitch means ball-buster.

From checking the definitions provided in the dictionaries, one comes to realize that “there is no classifiable thing as a bitch, only a label produced by the act of name-calling” (Gross 146). The person labeled is almost always a female and she is described as an ill-tempered, selfish, malicious, cruel and spiteful person from the perspective of males. More specifically, a bitch is a woman who makes men feel uncomfortable; the word “bitch” exists to ensure male potency and female submissiveness.

Throughout the century, the transformation of “bitch” from the context of sexuality (a carnal woman) to temperament (a malicious woman) to power (a domineering woman) represents the shifting of women’s social and political positions. According to “The Evolution of Bitch” in Vice, “bitch” did not become the universal female insult until the 1920s; it was between 1915 and 1930 that the use of “bitch” in newspapers and literature had doubled (Pardes 2014). This happened right after Susan B. Anthony held the right to vote. As Virginia Woolf has noted, “Women have served all these centuries as looking-glasses possessing the magic and delicious power of reflecting the figure of man at twice its natural size.” The woman who refuses that mirror is a bitch and Anthony had became a bitch due to her competitive power over the opposite gender. 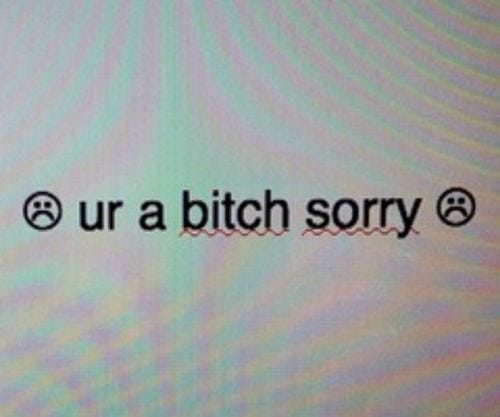 Another famous quote at that time was, “A bitch is a bitch is a bitch.” Ernest Hemingway wrote this inscription in a copy of his newly published Death in the Afternoon for Gertrude Stein after she had made unflattering comments about his writing in the Autobiography of Alice B. Toklas. But why was Gertrude Stein a bitch? A woman who criticizes is a bitch. However, Hemingway often found himself attracted to the sense of bitchiness performed by women. A “bitch” is beautiful and dangerous in its way because bitchness is, as Gross suggests, the perversion of womanly sweetness, compliance, pleasantness, and ego-building. 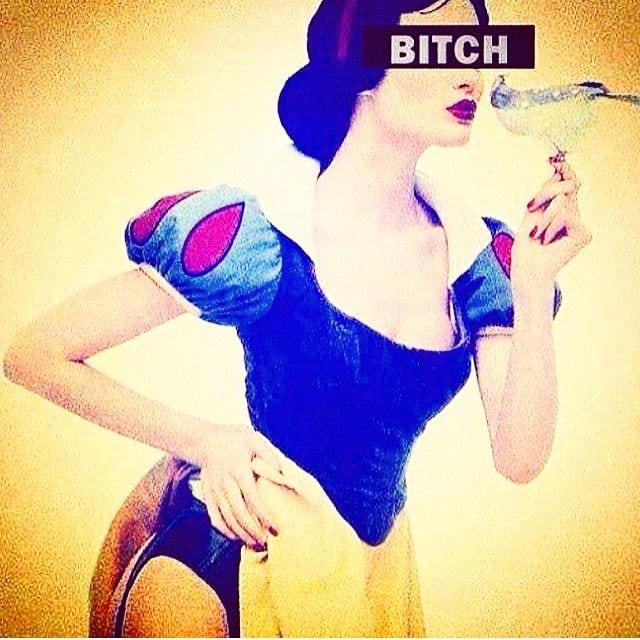