What’s it like to dedicate your life to a sex-positive, creative outlet – like running an empowering women’s magazine? Rebecca Church is doing just that through her passion project, Sensheant Magazine, a place for women’s sexuality to be at the forefront. We sat down with her to learn more about her inspiring publication, what she loves about her job, and how she’s changing the world – one empowered sexual being at a time! 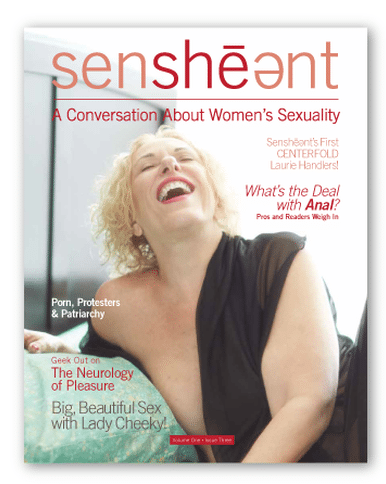 Thanks for meeting with us! First off, what do you do, how long have you been doing it?

I’m the publisher / EIC of Sensheant Magazine. So really, I’m responsible for holding the vision and the space that Sensheant Magazine is: A clearing to support and inspire sexual wellness, fulfillment, and empowerment for every woman on this planet.

We released our first issue in December of 2014, so I’ve been doing the magazine thing for a little over a year. I’ve been doing the sex thing for a lot longer. My whole life, really. It’s always been my path for discovering and developing myself as a woman and human. It’s the heart of my most intimate relationship – the one I have with myself. I know it as the source of my power and creativity, and the seat of my soul. I think that’s so for all women. So what I’m out to create is that every woman discover that for herself. That she be so firmly rooted in her own power and worthiness that nothing – no person, place, thing, idea, institution – can disrupt that. What a world that would be! That’s what this planet needs.

We couldn’t agree more! What inspired you to create Senshēənt, and what has the journey been like?

How often do you hear the terms “women’s sexuality?” I’ll assert almost never. That is really the heart of why Sensheant Magazine was created. We don’t really have it as a concept that women have a sexuality, a sexual expression that is distinct from men’s sexuality. And that couldn’t be farther from the truth. And so we spend a lot of time trying to fit ourselves into a model that just doesn’t work for us. Sexual dissatisfaction (too often called sexual dysfunction) is an epidemic among women. There’s no space for younger women to understand how they work and develop a reverence for themselves as sexual beings. We’re certainly not taught that our sexuality exists for our own pleasure and satisfaction. It’s been incredible sharing this with women, and seeing something in them just come alive when they talk about it. I think Sensheant speaks to something that every single woman, somewhere inside, already knows about herself: she is powerful beyond belief and the center of that power is her sexual fire. It’s like, “hell yes!” I like to think we’re inspiring a planet full of really unruly women. I love that! 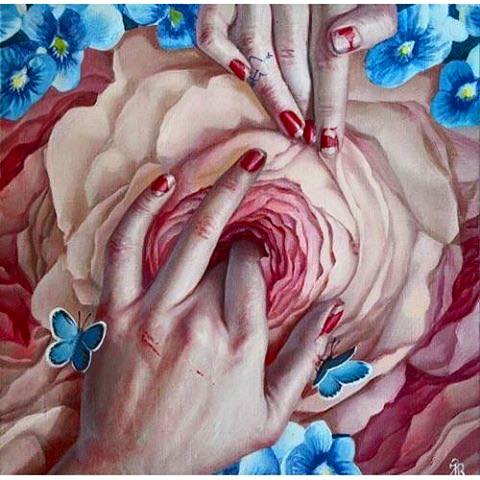 What is the most rewarding or fun part of your job?

Definitely hearing someone tell me about an article she read that really made a difference for her. That’s what it’s all about. She read something that she would never have read if Sensheant Magazine didn’t exist, and it empowered her in some way. It altered the way life shows up for her and what’s possible for her. That’s the best thing in the world.

Yes! That’s definitely why I love this job as well. What are some challenges you’ve faced, or the hardest part of your work?

Probably deciding an article won’t or can’t run. That’s not fun. And, of course, there’s always the challenge of just getting the word out. Letting people know we’re here.

How does your magazine challenge double standards and/or negative stigmas associated with female sexuality?

We are a voice of sexual agency. That all women are sexual beings. That our sexuality is sacred, powerful, and good. That our sexuality exists for us. That we own it and get to do whatever we want with it. That is seriously radical. If every single women really stood in reverence for herself as a sexual being, honored her agency and authority as such, it would be game over within a week. That double standard couldn’t exist any longer, because we wouldn’t tolerate it. The only way it works – the only way it ever worked – is that we somewhere along the line bought into the idea that sex is ok for men and not ok for women. This happened a very, very long time ago. We lost ownership of our sexuality. Which is to say, we lost ownership of ourselves. I’m speaking in very general terms, but that’s the dynamic we’re dealing with. You put a woman back in touch with herself, her sexuality, and she is unleashed. Plus, the status quo really fears an unleashed woman. Her power is huge and disruptive. You can’t be the same after coming in contact with her. That scares a whole lot of people, and our stand as a voice for women is that we can’t be worried about that. Our job as women is to advocate for and be true to our own power, fulfillment, and well-being, regardless of who likes it and who doesn’t. 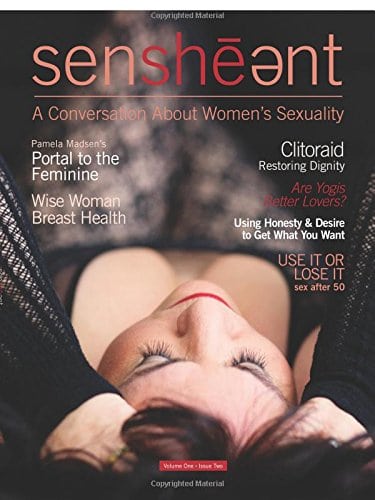 What do you think is the biggest misconception about female sexuality?

That it works the same way that men’s sexuality works. There’s a spectrum, to be sure. But physiologically even, it really doesn’t. We’re hardwired to experience emotional, spiritual, physical heights through sexuality. We’re literally designed for sex to be a multi-dimensional experience. Another is that men are more sexual than women. Our pelvic regions are way more densely and richly innervated then men’s, which is a very strong indication that sexuality is really the woman’s domain. We’re masters of sensuality. The full expression and experience of it. We really are. Can you imagine if every girl enters womanhood knowing that?

It would be a whole new world! What advice do you have for women who might be interested in working in this industry?

First, I’d say kudos for knowing what you want to do! Then I’d say to get really great at not caring what anyone else thinks about it. Like, really don’t care. And then, go explore. Figure out what your unique expression is, hone your craft, and commit to it! Also… be safe and have an incredible time. 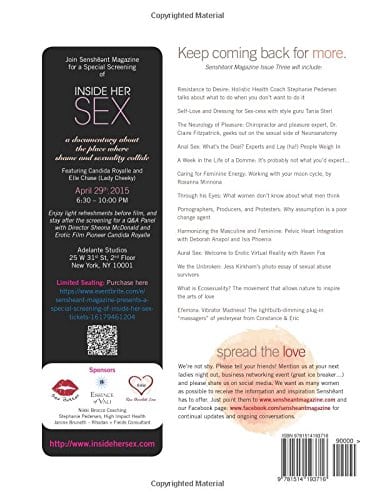 What are some resources you’d recommend for readers to learn more about sexual health and their own sexuality?

Well, Sensheant Magazine of course. One of my favorite books is Vagina: A New Biography, by Naomi Wolf. I think it creates the most beautiful and perfect foundation for women to develop their relationship with their own sexuality. Elle Chase, Amy Jo Goddard, Pamela Madsen, Betty Dodson, David Deida… These are all really powerful and fantastic educators. You can also check online for centers and groups in your area. To that, though, I’d caution everyone to trust their gut. There’s something to be said about pushing your own limits and testing your boundaries, but you should always feel like you’re safe, in control, and that whatever you’re involved in is your idea. Even in scenarios where you might play with giving up control, or surrendering, it should be your idea, with someone you wholeheartedly trust, and something that you 100% want to do.

Do you have any upcoming projects you’re working on that we can look forward to?

Issue 4 will be out at the end of the year, so certainly look for that! The easiest thing to do is visit the website at Sensheant Magazine and add yourself to our subscriber list so you’re notified when new issues come out, and you get our newsletter that contains info about different events we’re involved in, as well as other content we release between issues. 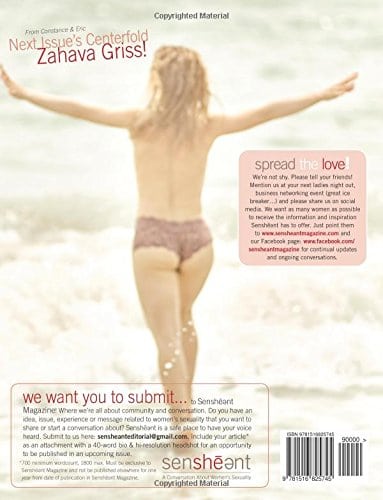