Maxie Solters has been performing practically her entire life, and many of those performances have explored female sexuality in a relatable and entertaining fashion. Not one to shy away from the spotlight, or topics that might be considered taboo, Maxie’s latest project chronicles the adventures of Dr. Sarah Dickmann.

We were laughing our asses off at Dr. Dickmann’s provocative and hilarious episodes, so when we had the chance to interview Maxie Solters and learn more about the woman behind the comedy, we couldn’t pass it up!

Could you share a little about who you are and what you do?

I’ve been performing since the ripe old age of five when I played Gretl in a local production of The Sound of Music. I kept on the acting route and graduated from the University of Southern California School of Theatre. After years of running around like a chicken with my head cut off, I decided I was sick of waiting for someone else to give me permission to perform. Driving across town in rush hour on a Friday to maybe have the opportunity to say one word on network TV wasn’t fun anymore. That’s when I made the decision to re-wire my brain and create my own content. I found the process so much more exciting and rewarding…not to mention I actually got to create the roles and stories that I wanted to be part of. I put myself back in control of my life and the rest is “her-story.”

Who am I? Well, I’m always on the move and though I may be small, I’ve got a lot to say. People have referred to me as the energizer bunny because I refuse to sit down. An Aries through and through, I’ve got a fire inside me…so once I say I’m gonna do something, you better believe it’s gonna happen. ☺ 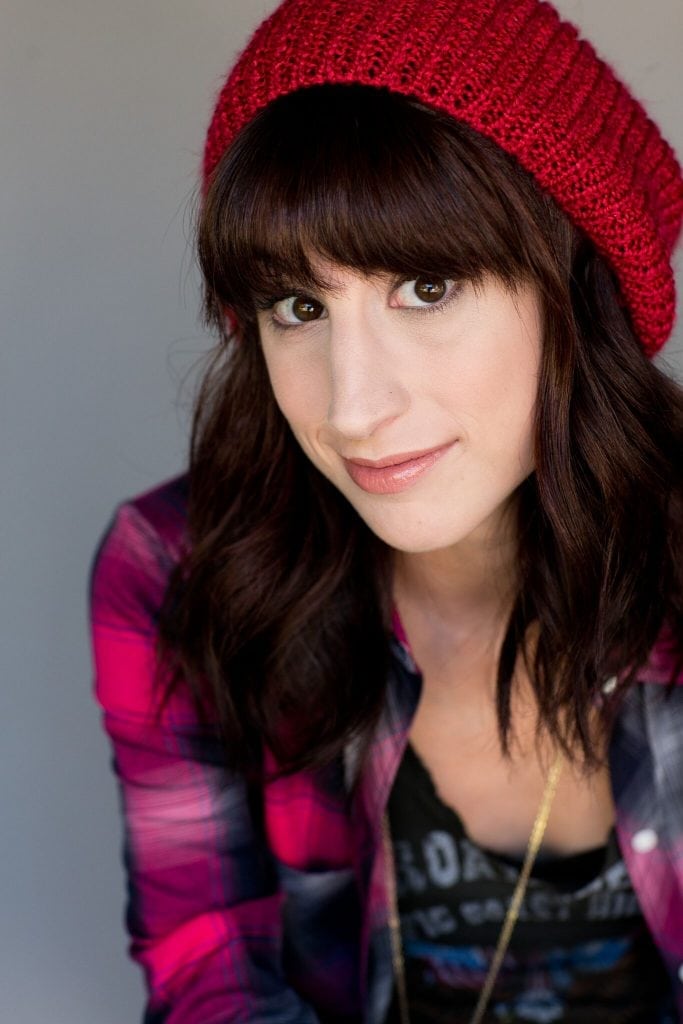 What does a typical day look like for you?

Work hard play hard. I work my butt off all week so I usually just head to movies with my mom on weeknights or something equally low key. On the weekends I can be found hanging with friends or the BF, chillin’ at the pool/hot tub with a bottle of wine. Oh, and of course spending time with my puppy who is the best little animal ever. 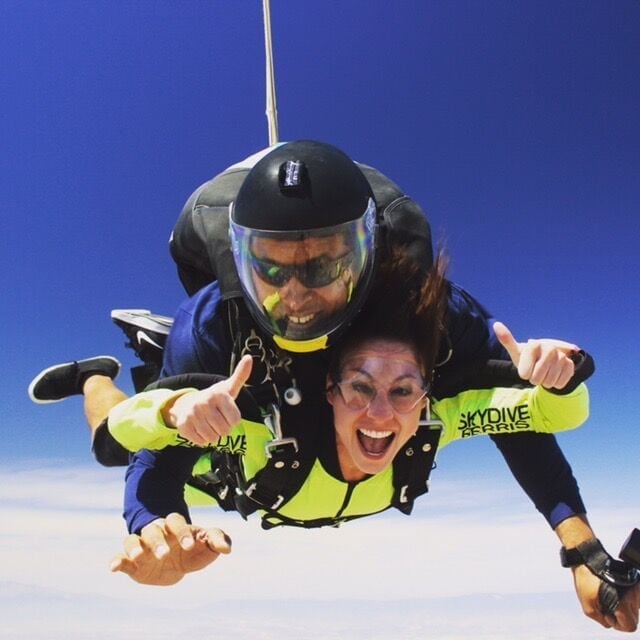 How did you get involved in “The Vagina Monologues,” and what are some of the most valuable things you’ve learned from participating in this movement?

I first became involved with V-Day and The Vagina Monologues when I was a junior in college. I took over the USC chapter of V-Day for someone who was graduating. I didn’t know much about the organization but I had seen the show the previous year and was always passionate about women’s issues and female empowerment. After learning more about V-Day and how activist and author of The Vagina Monologues, Eve Ensler, started the movement to end violence against women and girls, I was hooked for life. In my senior year, I produced a special event featuring Eve and Dr. Denis Mukwege, a Congolese gynecologist who works in Panzi Hospital in Bukavu, where he specializes in the treatment of women who have been gang-raped by rebel forces. More than 1,000 people from all over the world were in attendance.

After graduating, I founded my own local chapter, V-Day Studio City. This April will be my eleventh time producing and performing in the show and “V-Season” is truly one of my favorite times of year. The production has evolved into a really incredible event – we perform dinner-theatre style in the upstairs section of a bar/restaurant and the matinee includes a bottomless mimosa brunch. We have a fake orgasm contest, raffle off sex toys, sell chocolate vagina pops, and sterling silver vagina necklaces. 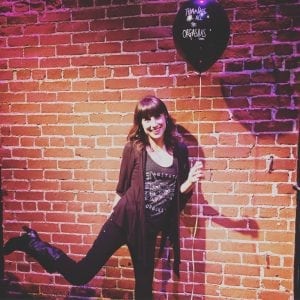 What advice do you have for readers interested in getting involved?

Run don’t walk! What’s amazing about the V-Day/One Billion Rising movement is that anyone can be part of it. You can plan your own event and get your community involved. You can also register to produce a production of The Vagina Monologues in your hometown. Check out the websites for more information and to register. www.vday.org / www.onebillionrising.org

We checked out the trailer to your new series, Climax!, and love it’s cheeky, yet informative take on all things sex. Where did the idea for it come from?

And so, CLIMAX! was born. 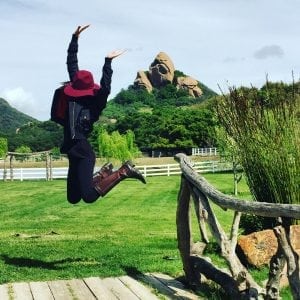 What types of personal experiences inspired your character, Dr. Dickmann?

Why did you feel REVRY was the right platform to release this series?

REVRY is an exciting new platform that is dedicated to all forms of digital entertainment created by and for queer and allied audiences. I love that their content focuses on a niche market and CLIMAX! is definitely for a niche audience. As I’ve been so immersed in the sex positivity world, I’ve learned that the LGBTQ community is a huge part of that movement. I share REVRY’s principals about creating a space that is inclusive of all people regardless of race, gender, sexual preference etc. 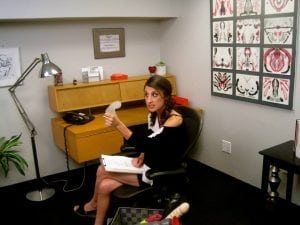 You also produce and star in Adventures in Online Dating, which looks equally as funny and relatable. In your opinion, what are some ways technology is positively shaping dating and relationships?

Technology is a funny thing – we love it and hate it at the same time. Can’t live with it and can’t live without it type situation. I think technology is incredible for staying in touch and re-connecting with people who may have slipped out of our lives. It’s also a great way to network and promote projects to a wide audience of like-minded people. As far as dating…I guess it’s a good thing that you can weed out people with the swipe of your finger. But then again, you also have the possibility of casting aside someone you may end up adoring in person just because they don’t look or sound the way you’d hoped. I seriously do have a million friends that are in relationships with people they met online or on dating apps. Several who are married or engaged! So clearly in this age of technology, we must be doing something right. ☺