All About Tropes: The Manic Pixie Dream Girl

A trope is a common or overused theme or device. A cliché. Though they might seem like a bit of fun when it comes to comedic films and TV shows (the gay best friend, the wacky neighbor, the mean girl), they can, in a sense, be damaging. Many different tropes can cause issues, but let’s start our exploration with one you may already be familiar with – the love interest in oh-so-many late 90’s/early 2000’s films starring white male leads: the Manic Pixie Dream Girl. 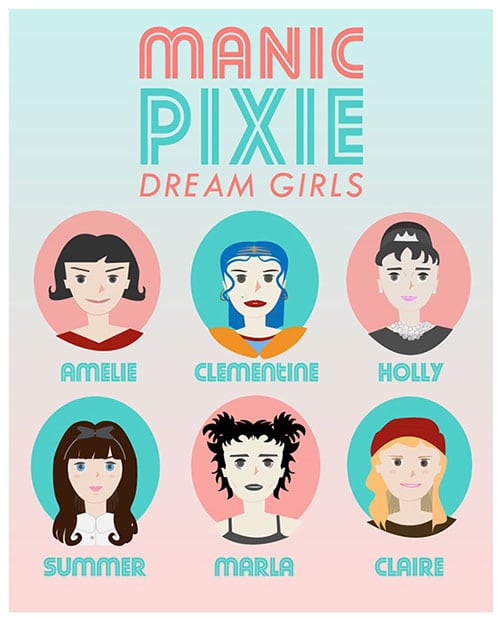 The Manic Pixie Dream Girl is a character trope in films, television, and literature. Film critic Nathan Rabin coined the term about Kirstin Dunst’s character, Claire Colburn, in Elizabethtown, describing the MPDG as: “that bubbly, shallow cinematic creature that exists solely in the fevered imaginations of sensitive writer-directors to teach broodingly soulful young men to embrace life and its infinite mysteries and adventures.”

Aside from Claire, well-known MPDGs include Holly Golightly from Breakfast At Tiffany’s, Penny Lane from Almost Famous, Sam from Garden State, Summer Finn from 500 Days of Summer, the title characters from Amelie and Annie Hall, Clementine from Eternal Sunshine of the Spotless Mind, and Margo Roth Spiegelman from Paper Towns. (I’ve seen Marla from Fight Club described as one, but I personally think she’s more of a Tragic Sexy Muse.)

I’m not saying all films featuring a MPDG are bad. In fact, a few of the movies I mentioned above are among my personal favorites. Actually, some of the aforementioned films are more of an analysis of the trope and its ridiculousness rather than unintentional displays of the MPDG – but more on that later.

While it’s entirely possible to be a “bubbly, shallow” young lady, as described by Nathan Rabin, the entire character of the Manic Pixie Dream Girl is limiting and exists solely for the male gaze. Her purpose is to better the male character’s life – to create an adventure in his otherwise boring, brooding existence. She’s not a character in and of herself. Rather, she’s there as a plot device for her love interest, as a way to help him develop as a person. In reality, women are so much more than that. Portraying the Dream Girl as the male character’s ultimate desire perpetuates the idea that women exist solely for the pleasure of men.

In addition, the MPDG tends to exist in one form and one form only: thin and white. Obviously, not every woman out there fits that description, and she doesn’t have to in order to be attractive. It’s a very limiting view that’s not only stereotypical, but damaging when it comes to representation. 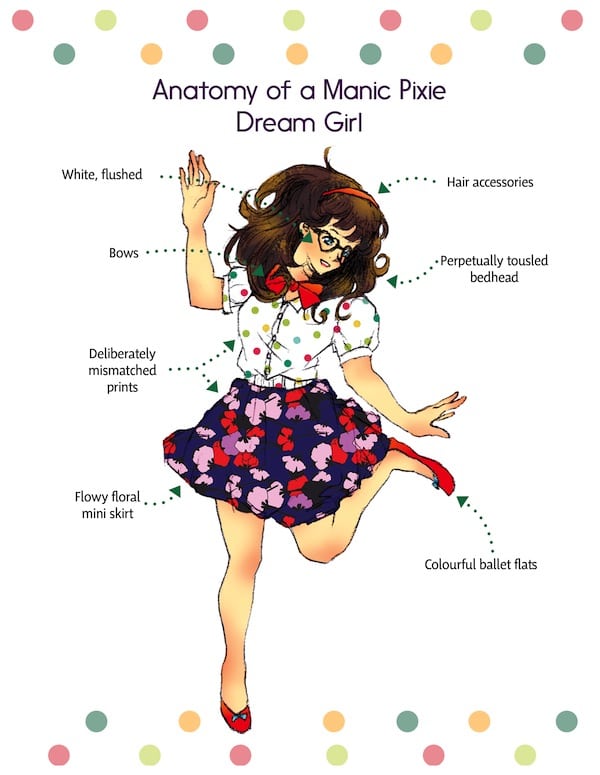 Finally, the Dream Girl always seems like she has no problems, and if she does have issues, then they do not detract from her bubbly spirit and crazy ways. If anything, they make her more attractive. Her flakiness, her inability to commit, her love for drinking, her quirky dance moves – they are all there for her male counterpart to view as endearing or to rescue her from. In real life, everyone has problems, and they affect women on a deep, personal level, just as they do men. Our problems are not there to make us more interesting to guys.

More and more movies, books, etc. are starting to acknowledge the fact that the MPDG just isn’t realistic. Both in films and real life, it’s possible to be viewed as a Dream Girl, but just because a woman is wacky and youthful doesn’t mean she fits the stereotype. 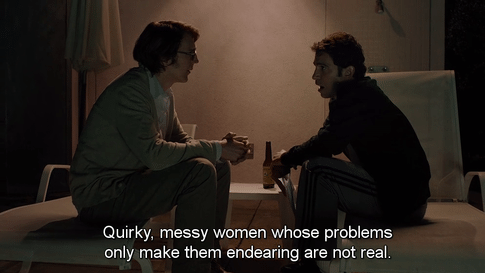 Some of the characters in the above films also have their own goals and dreams outside of their love interest, meaning their role as the MPDG is arguable – Amelie is more manic pixie and Annie Hall is more dream girl. Some of the movies go another step by creating female characters who reject the notion that they’re the Dream Girl. Clementine from Eternal Sunshine insists, “Too many guys think I’m a concept, or I complete them, or I’m gonna make them alive. But I’m just a fucked-up girl who’s lookin’ for my own peace of mind; don’t assign me yours.” By the end of 500 Days, whether JGL’s Tom realizes it or not, it’s evident that Summer is her own person with her own changing wants and needs. And in John Green’s Paper Towns, now adapted for screen, Q learns that his crush is not an adventure. She’s just a girl.

Women, like men, are complex, and their characters in media should be portrayed that way as well. No one exists just to create mystery or adventure for another human being, and it’s time to reject that notion. You can be someone’s dream girl without being a dream. 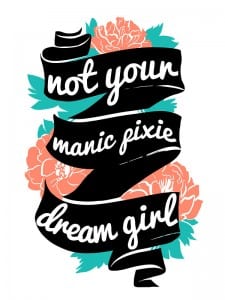