What To Do When A Guy Finishes Early 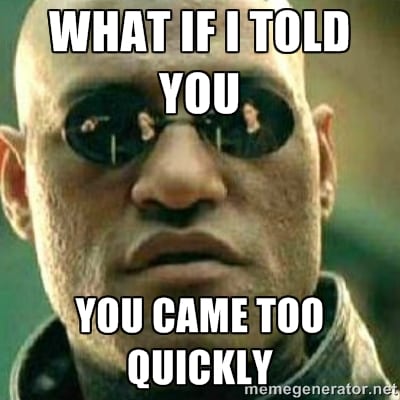 Most guys will ask how they can make it up to you after they finish early (and if they don’t, you need to have a talk with them about being selfish lovers). Best case scenario, you take a break, and he’ll be ready for round 2 soon. Worst case scenario, he can’t get hard again — but there’s still more you both can do!

If he can have penetrative sex again, wait a while before you go right into it. Orgasms are tiring, and if you want to orgasm, too, he needs to be energized enough to please you. You can relax and talk or slowly buildup to it with foreplay. When he enters you this time, he most likely won’t orgasm immediately.

If he can’t have sex again (which happens!) this is a great time to incorporate oral sex. Have him start by teasing your erogenous zones: most commonly your lips, neck, nipples, clitoris, and inner thighs. Let him suck, kiss, and lick all of your pleasure areas before he focuses in on eating you out. You don’t need internal pleasure to have an intense orgasm. Some women prefer the orgasms they have from oral sex. Sometimes, if he starts performing oral sex on you, he’ll become aroused enough for you to have penetrative sex again. But there’s always a chance he just might not. 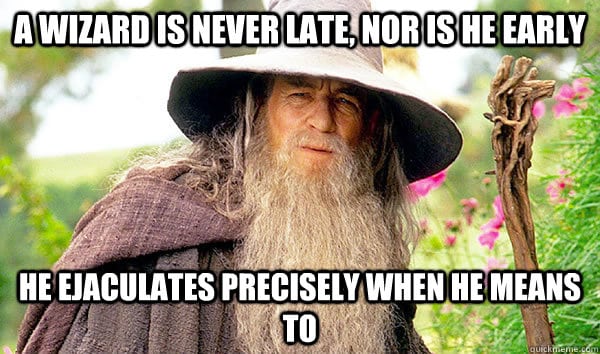 Don’t feel bad about yourself if he finishes early. That says nothing negative about you (if anything, it means you were too hot to handle). And worse than that, don’t make him feel bad for finishing early. Some guys get nervous before sex, and the buildup of anxiety, excitement, and physical intimacy can be a recipe for instant ejaculation upon entering. He can’t control it, and if you make a big deal out of it he’ll be even more anxious next time you have sex. 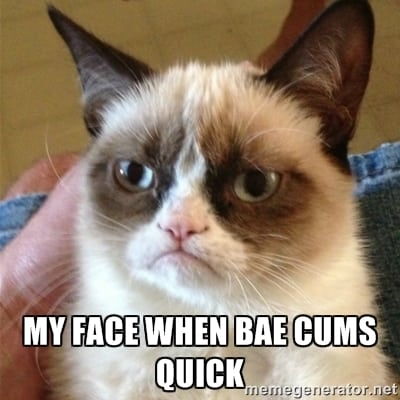 Make him feel comfortable. Tell him you completely understand, even if this isn’t the first time it’s happened to you two. He’s normal and needs to hear he’s normal and that you don’t think he’s a loser for finishing early. Simply take it in stride and work on it together. Maybe there are certain positions he’s prone to orgasming in. Knowing this can also be handy for when you want to get him off. Or maybe he’s still getting comfortable having sex with you and was too nervour. Whatever the dilemma, it’s totally normal for guys to cum early sometimes.

Almost all women will have a sexual encounter with a guy who finishes first. Just remember to be sympathetic. You wouldn’t want someone making fun of you for something you couldn’t control, and neither does he. He might just work harder to finish you. 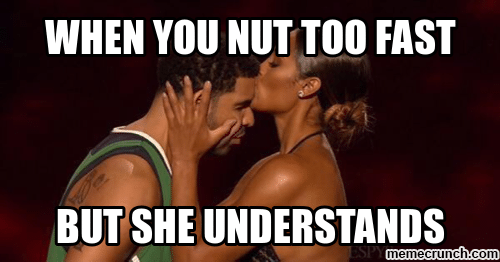