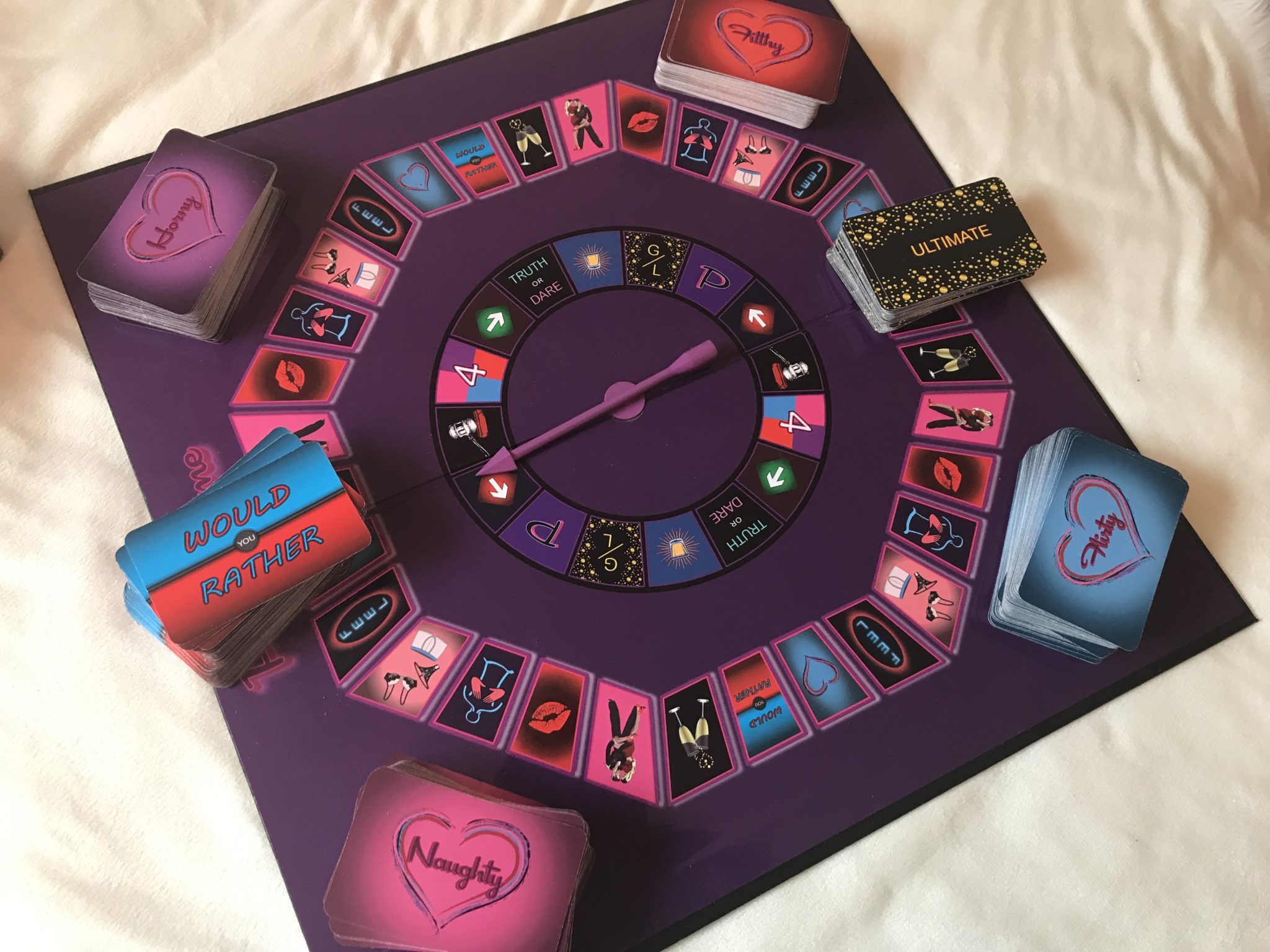 Throughout the game, different sets of cards encourage you to share fantasies and secrets, indulge in fun and flirtatious foreplay, and tempt you with sensual scenarios (it’s up to you if you want to indulge!) The game advances through four levels, from “Flirty” to “Filthy” with increasingly erotic scenarios that it suggests you act out. (Of course, consent is always key – so they’re suggestions, no pressure!) The cards include everything from verbally exploring your fantasies and preferences, Truth or Dare style questions, “Would You Rather” scenarios, and arousing acts that range from simply kissing one another, to incorporating toys and trying new positions with your partner or others. You can play the game however you’d like – whether you want to act out your favorite cards in the moment, save them for later, or just browse through them for some sensual suggestions (and skip the rest!) With so much variety in the cards, you’ll likely never repeat the same action twice. You can also easily personalize the game with your own house rules. 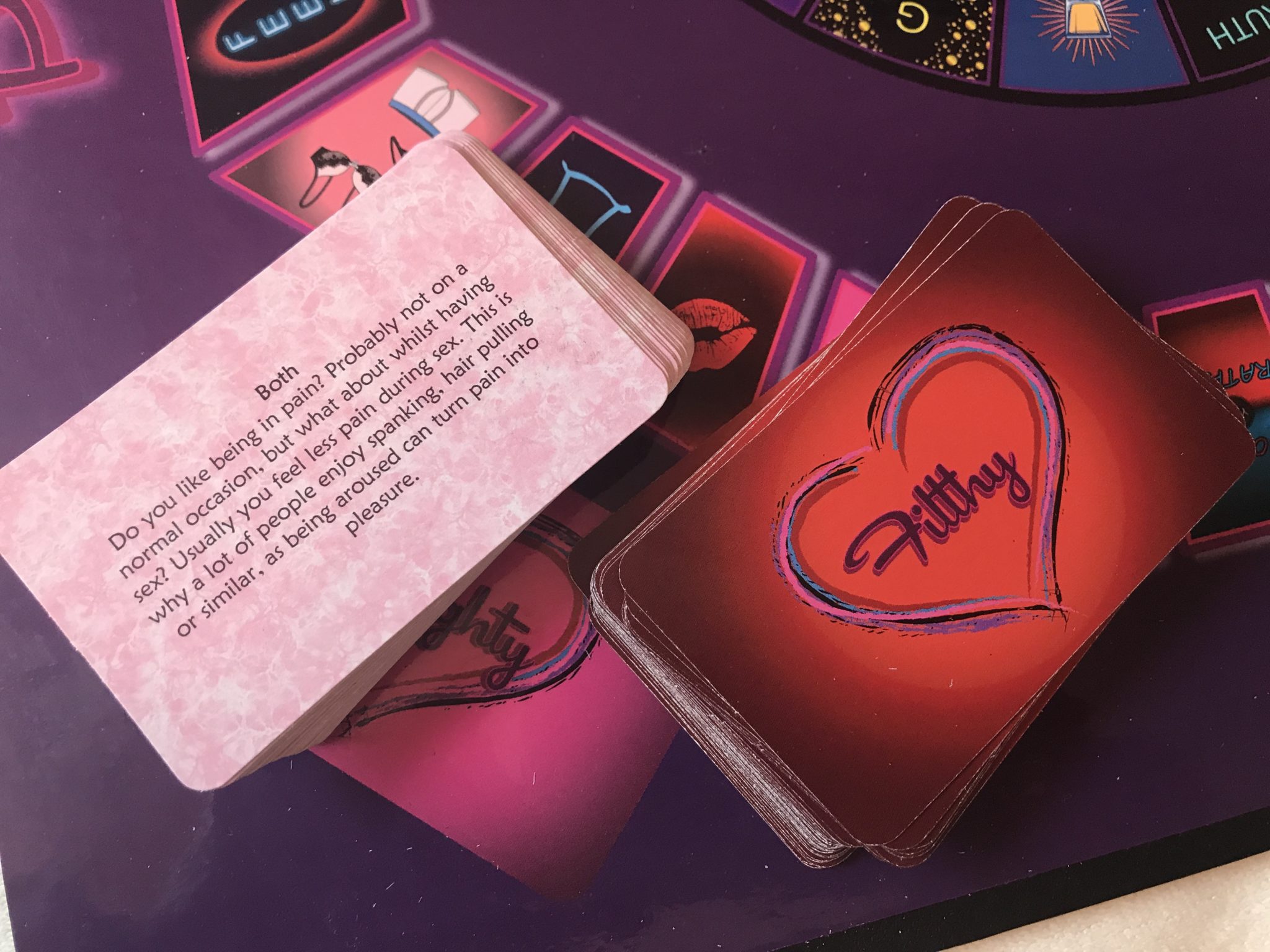 By the way, the cards are designed for anyone on the gender and sexuality spectrum, although some vocab and acts use gendered language. I definitely noticed that some cards that were marked “For Her” or “For Him” could apply to anyone on the gender spectrum, so in playing the game with my friends, we interpreted all the cards as “For All” versus segmenting them down gendered lines. This was especially true for some of the role play cards, which often had “him” in a dominant role and “her” in a submissive role. For my groups of friends, who don’t firmly abide by gendered or heteronormative lines, we just treated these cards as “your preference” for anyone to play out as they desired. The developers are also creating game pieces are to reflect a spectrum of gender and sexuality, which will be exciting to see added to future editions 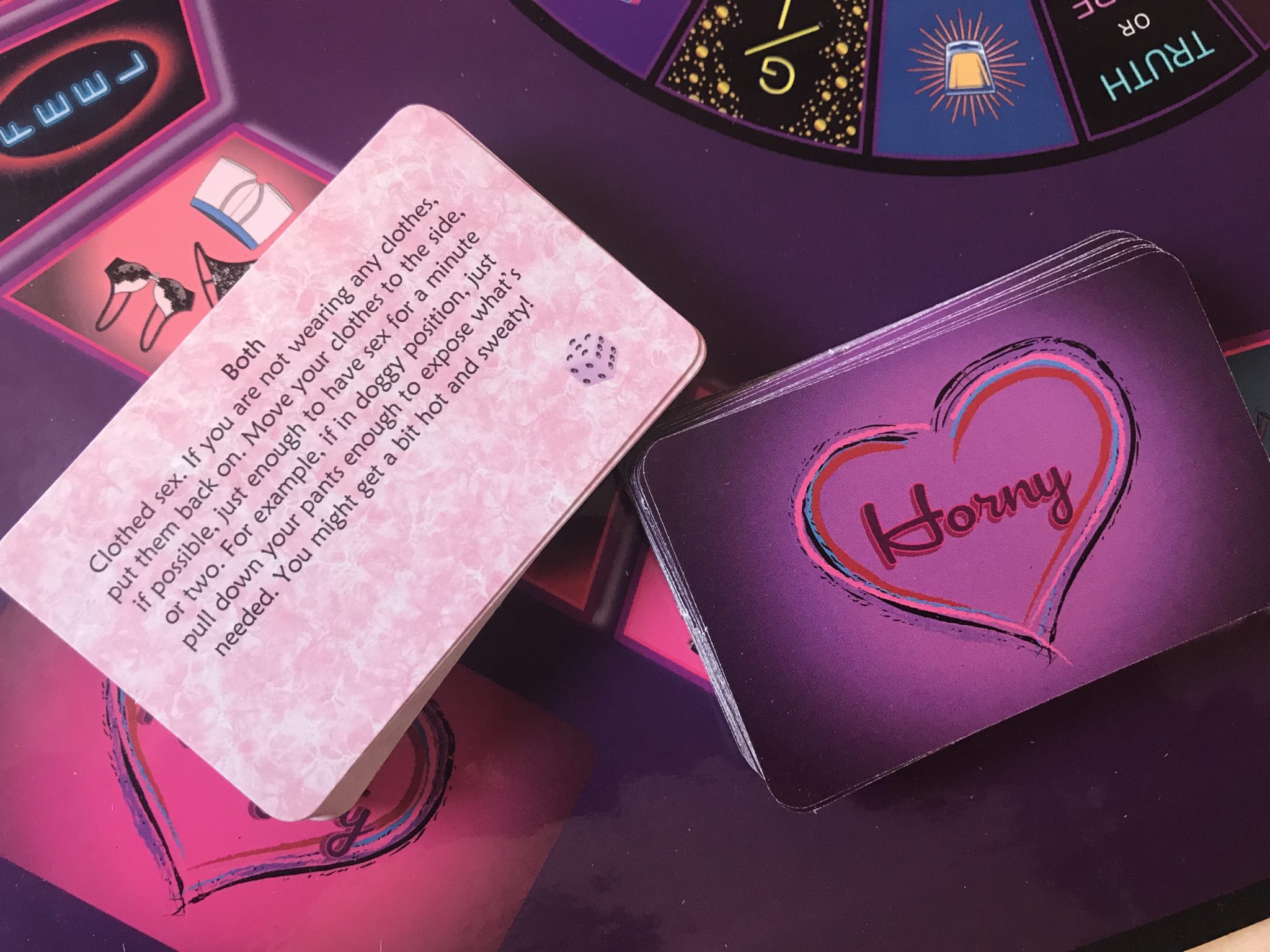 The creators are also in the midst of creating an app version of the game, so you can create your own cards and play an abbreviated version on the go! Most of the functionality of the game will be coded into the app, and you will be able to browse through and save cards to refer to wherever you are in the world. It’s like having your own personal inspiration station on the go. You can also share your cards with friends you’ve connected with on the app, and play with others in real time. The full functionality hasn’t been developed yet, but based on how in-depth the physical board game is, I imagine that the app will have a ton of actions and exciting features. 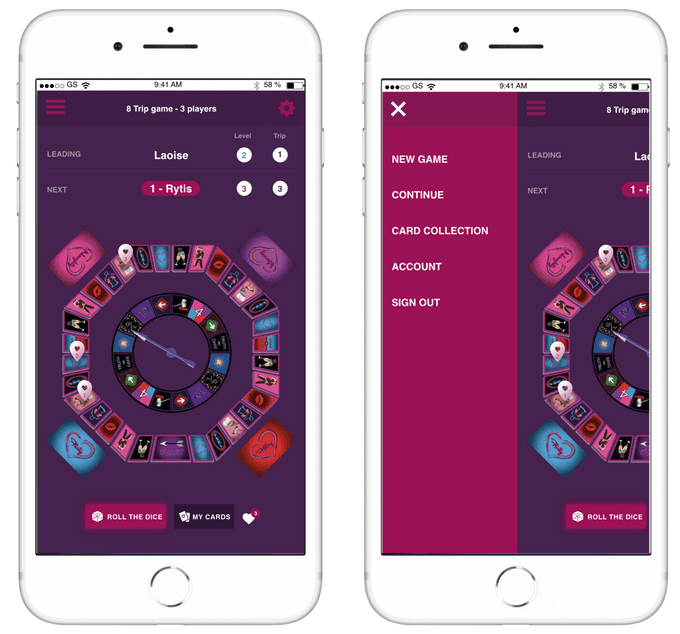 There are four intensity levels to the game, that you advance through the more you play. The goal is to make several trips around the board, collecting cards and completing actions until you finally choose an “Ultimate” card to act out (or save for future inspiration) at the end. Everyone starts at Level 1 and as you progress around the board, you continue to the next level, getting different instructions for the acts along the way. For instance, if you land on a “Kiss” space on Level 1, the action is a peck. Level 2, a smooch, Level 3, make out. And… you get the idea! Of course, you can alter these to fit your preferences and keep things as tame or as hot as you’d like. My friends and I kept things simple and sweet as we played through – and shelved some of the naughtier ideas and actions for later. 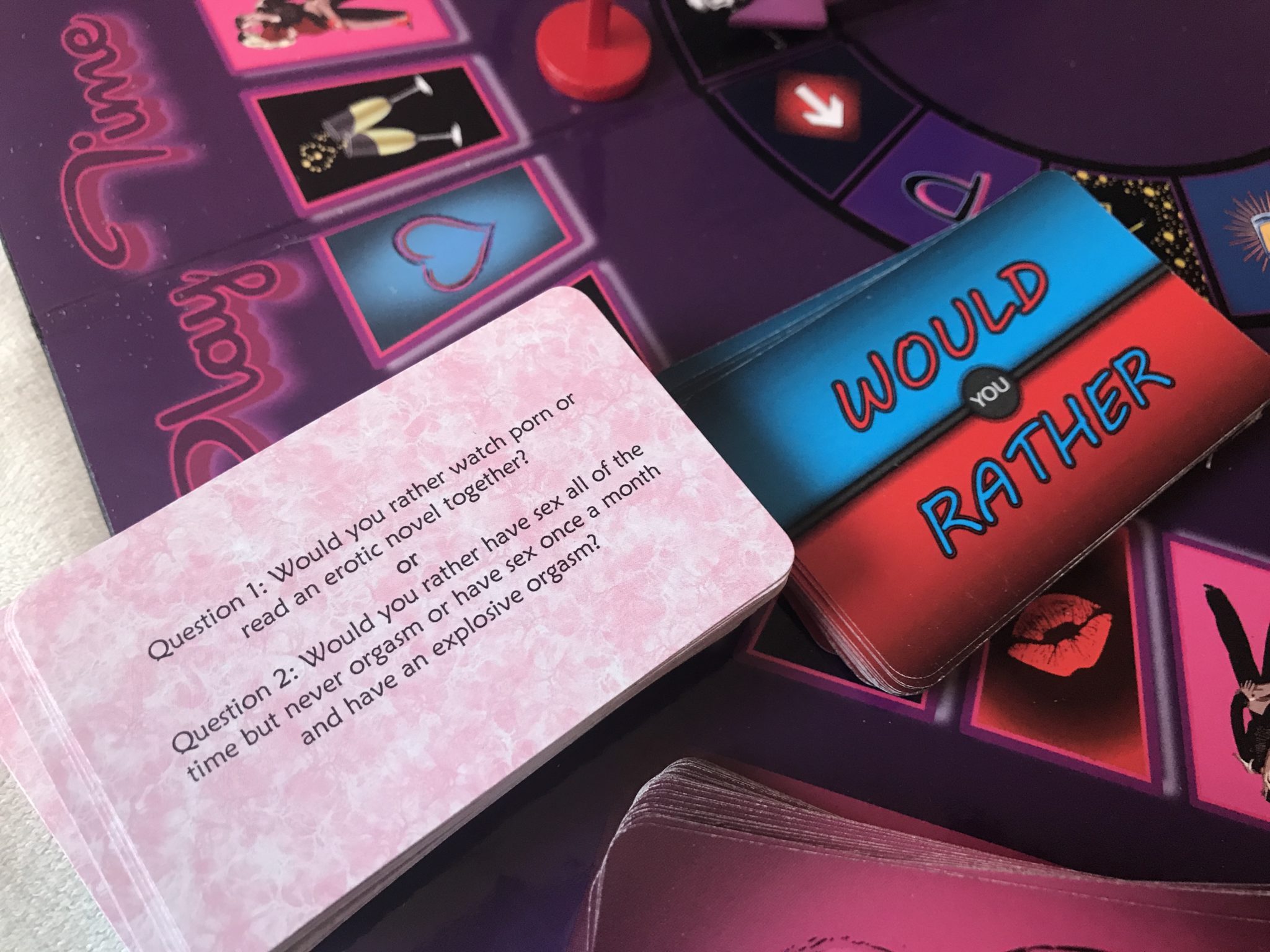 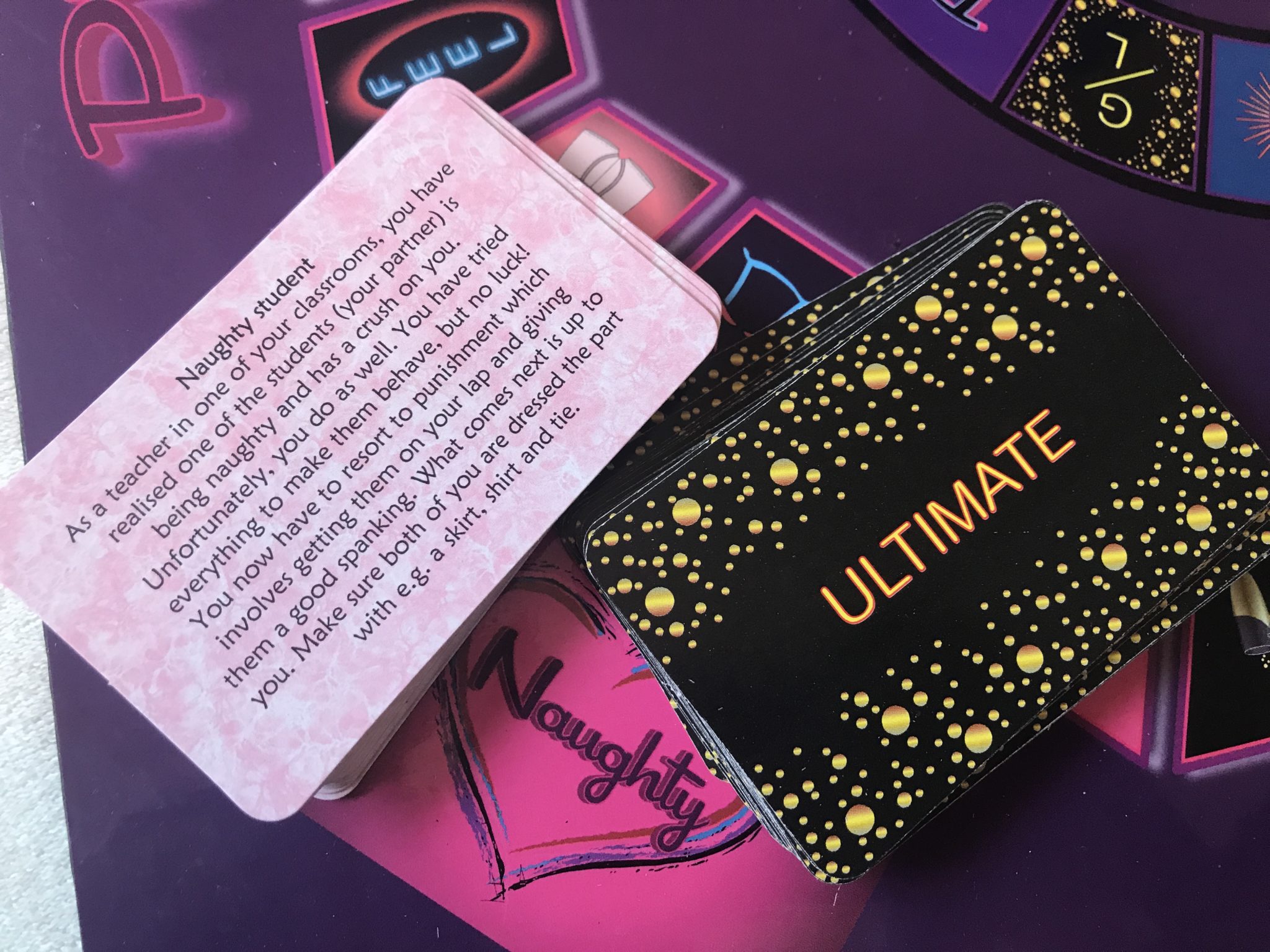 Overall, I loved how many different experiences you can explore with the Play Time for Adults game. The questions are so creative and explorative, and there is so much variety that you can play over and over, and never have the same experience twice. I love how the game gradually progress from adventurous questions to flirty foreplay, and finally some risqué adventures and suggestions – with a ton of laughter and erotic imagination in between. It’s definitely best for those who are open-minded and comfortable with their partners, but you could even use it with a new partner or groups of friends by sticking to the tamer questions, and saving the actions for later. The game certainly gives you time to warm up, laugh, have a drink, and explore.