7 Things About Being a Woman

You’re more likely to find me in a dive bar, hitting up dollar beer and wing night than doing this:

But guess what?  That doesn’t make me any less of a woman. It also doesn’t mean that I don’t occasionally enjoy doing things that are considered “girly”. Why do we have to be defined by a one-of-the-guys/woo-girl dichotomy? Femininity is a spectrum, and most of us don’t fall neatly on one end or the other. There’s no reason for us to pick a side, and there’s no reason for us to categorize other girls either. As women, we need to start empowering one another rather than judging each other based on where along the spectrum we fall.

1. Having mostly male friends does not make you superior to other women.

Having mostly male friends means exactly what it sounds like. It means that numerically less of your friends are female.  People are friends with people. Sure, there are some bitchy, gossipy, superficial ‘hos out there. But there are bitchy, gossipy, superficial men out there too.  Focus more on strengthening the bonds of your own friendships, regardless of gender, and less on judging other people’s friendships.  (Furthermore, if you’re purposely hanging out with mostly male friends with the intent of “avoiding drama”, there’s a 99% chance that it’s you who is responsible for the drama.)

There is absolutely nothing wrong with being a housewife or a stay-at-home mom if that’s what you find to be fulfilling.  And if you know that this is what’s important to you then, by all means, do it while you’re young. In fact, I’m jealous of you, because I have NO IDEA what I want to do for the rest of my life, so good on you. But if you’d rather go to college and earn a degree, be hired by a prestigious company, and climb the corporate ladder (or whatever non-corporate career may strike your fancy) all while remaining an independent lady, then do that instead. Stop looking down on others because what they do is not what you do. There’s more than one path to happiness, and they all deserve respect. 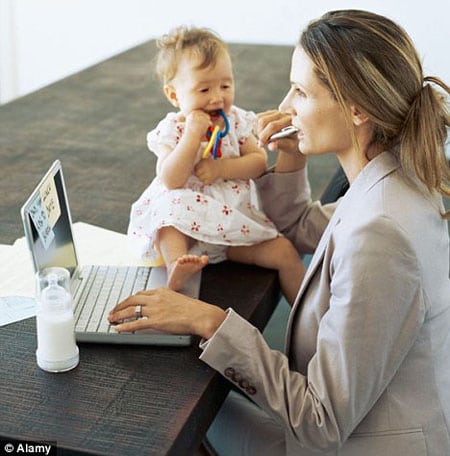 
What does make you a slut or a prude is your own acceptance of that label, worn with pride. Who you choose to sleep with or not is up to no one’s discretion but your own. As long as you’re comfortable and making informed decisions (and the same can be said for any other parties involved), you’re golden. Haters gonna hate. Your sexuality does not define you and it never will.  To quote my mother though: play safe. 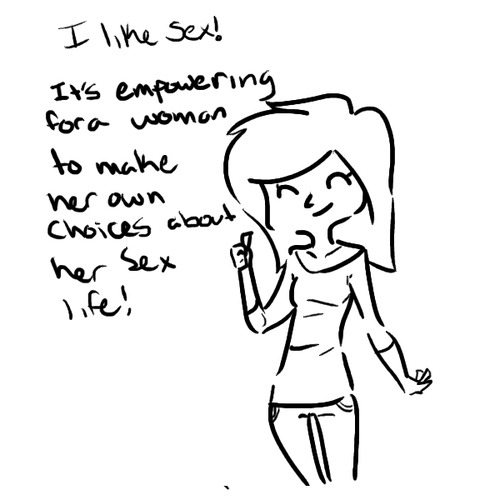 Do you mean that literally every other girl is a stereotype? Because what does “other girls” even mean? If someone told me that she was “not like other girls”, I would be a little offended because she would be telling me that I am exactly like anyone else who has two X chromosomes, and I’m not. Everybody has something unique to offer the world. And in this sense, every girl can say she’s “not like other girls”, because no girl is exactly the same as any other girl. Please rid your vocabulary of this phrase, because it’s devaluing the entire female population. 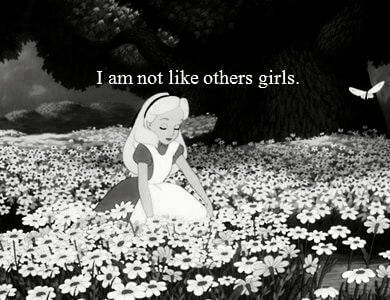 Let it be known that I hate romantic comedies (ummm, except for Grease or almost anything made in the 1980s and set in a high school). But that doesn’t mean that girls who DO like romantic comedies are vapid and incapable of intellectual thought. The same goes for enjoying anything else marketed specifically towards women. We tend to think that just because people enjoy things that are a bit ridiculous, they don’t also enjoy thousands of other things.

6. Women can eat whatever the fuck they want to eat.

If I want to eat forty Chicken McNuggets or eight boxes of Burger King mozza sticks, I will. If I want to eat half of a side salad with no dressing, I’ll do that too. The idea that women should never over-indulge for fear of gaining a pound is utterly ridiculous (and if you’re honestly that concerned about weight gain, go for a jog after dinner). Eating an entire container of Ben and Jerry’s doesn’t mean I’m going through a bad breakup- it means I love ice cream. But it’s equally important to remember that someone who eats only a few dainty morsels isn’t necessarily insecure or on a diet. Nourish your body in a way that is both healthy, and feels right to you as an individual. 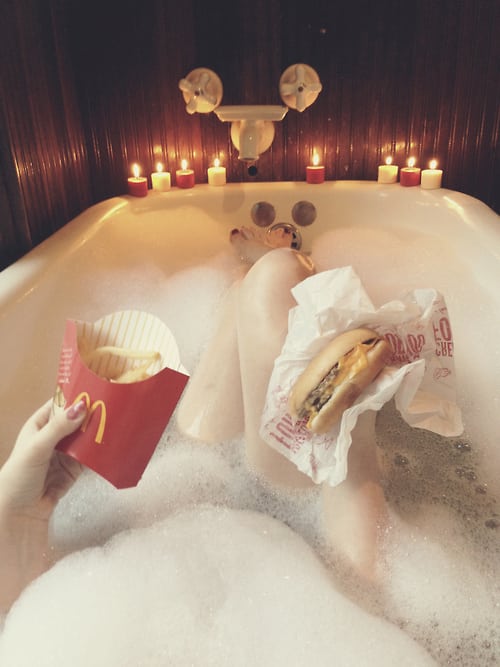 7. Being a woman has nothing to with what your body looks like.

I woke up one day when I was about fourteen, and I suddenly had boobs. I’m still not used to them (as evidenced by the fact that I accidentally drop food down my shirt on an almost daily basis), and just when I think I am, they decide to get bigger and force me to buy all new bras again. Some women have never had this problem, but it doesn’t make them any less womanly. You know what else doesn’t make you any less womanly? Having no discernible hips, wearing plus-size clothes, having short hair, being born in a male body, having defined muscles, being over six feet tall… the list goes on. 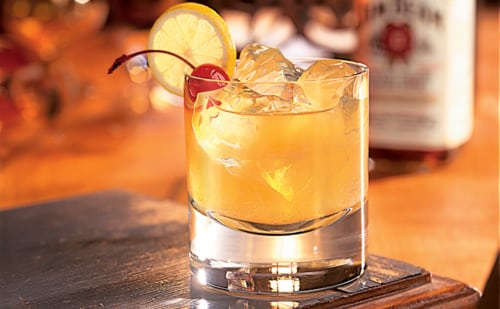