LGBT+ History: The Trans Women Who Gave Us Pride

Marsha P Johnson and Sylvia Rivera were two trans women of color who paved the way for the LGBTQ+ rights movement, starting with the Stonewall riots on June 28th 1969, which led to the celebration of Pride we know today.

Police brutality was at the center of the uprising in 1968: drag queens and trans people were tired of being arrested, beaten, and murdered by the police with impunity. When police raided Stonewall that June, the tensions reached a tipping point. As police escalated aggression against Stonewall’s patrons, the crowd and bystanders fought back against the growing violence and injustice – both that night and against their community as a whole.

Sylvia and Marsha were among many drag queens and trans people who rose up with the first throws of bricks and molotov cocktails, demanding liberation and the end of police brutality against their communities. These women became centerpieces in the movement and co-founded Street Transvestite Action Revolutionaries, or STAR, a radical queer collective that housed homeless queer youth, trans people, and sex workers in lower Manhattan.

While drag queens and trans women were the initial leaders of the gay rights movement, they were quickly pushed to the sidelines and ostracized by the very community they had fought for. At the 1973 Pride parade, organizers tried to bar both Marsha and Sylvia, who had spoken at the front lines of the movement for years, from speaking, citing that drag queens (and trans people) were “giving them a bad name”.

After defiantly attending and marching at the front of the parade, Sylvia finally got the mic at the stage of the event. She rightfully called attention to the fact that the movement had shifted to become less inclusive and supportive, pointing out how gay men and women had turned their backs on the trans street people who sacrificed their lives for the progress they now enjoyed. She was booed off stage. After this incident, Rivera attempted suicided and her life was saved by Marsha, who found her. Sylvia left the movement and spent the rest of her life in the suburbs.

After Sylvia left the movement, Marsha stayed in NYC as an activist, spreading peace and offering a safe haven to street people through STAR. In 1992, she was found dead. Police quickly ruled her death a suicide and refused to investigate further, however, the wounds on her body and threats made on Martha’s life before her death suspect many to believe she was murdered. An investigation of her death was never opened, despite attempts by the Anti-Violence Project to re-open the case.

Sylvia and Marsha both put their lives on the line to advocate for the community and usher in an era of liberation, freedom, and celebration for millions of LGBTQ people. While Pride is a joyous celebration of our community and progress, it is also a call to continue to advocate for LGBTQ+ rights and protect our communities. Even today, vast discrimination still exists, and trans people, specifically Black trans women are still regularly murdered by police and civilians alike at disproportionately high rates at epidemic levels. We must never commemorate pride without remembering the Queens who fought to give it to us and continuing to honor their legacy and the original activist roots of the movement.

About the Author: Summer Breeze Bedard 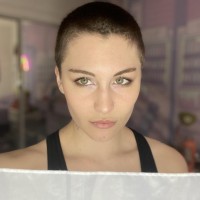 Summer Bedard is a queer polyamorous comedian, meme creator, writer, and onlyfans content creator. She runs a meme page on instagram @summerbreezebedard where she creates progressive memes about social and political issues, generational trauma, sex, and the LGBTQ+ community.