Friendship between women is a beautiful thing. Too often the media portrays women as pitted against one another, as rivals vying for the same man, job, everything, but that’s not the reality of the situation. In my lifetime, I can only think of a few female rivals I’ve had. However, I can think of many friendships I’ve had with girls and women. In my elementary and middle school years, I was a Girl Scout, and in college I pledged a sorority. I’ve been blessed to have a lot of kick-ass lady friends in my life, and I pride myself in being able to recognize a fabulous friendship when I see one. In celebration of the amazing bonds many women have formed over the years, here are ten ways to realize you’ve met “the one” when it comes to friendship. 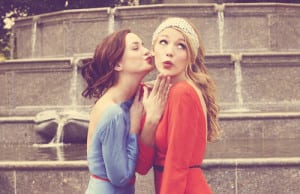 1. You get healthily jealous of her other friendships.

When she posts a selfie on Instagram with another gal pal, you feel that twinge of jealousy you experience when a crush uploads a picture with a hot babe. But it won’t be toxic – far from it! You’re super excited for your friend and glad that she’s enjoying her time with someone she cares about or expanding her horizons by meeting new people. Sure, a little part of you wishes you were there, but an even bigger part of you looks forward to meeting your best friend’s other best friend – and you know that will definitely happen! 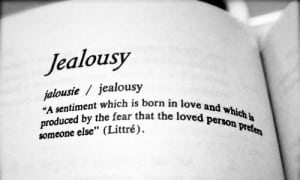 2. She makes friends with your friends.

Just like you know you’ll one day have the honor of meeting her other friends, you always introduce her to yours. At first it might seem a little surprising, but before you know it you’ll hear from your other friends that they’ve been texting or even grabbed coffee together. Sure, it’s nice to have your space and not have every aspect of your life intermingle, but it’s also great to know that the people you love love one another. So be prepared for even bigger and better group outings! Because now your best friend is your best friend’s best friend, too!

3. She calls you on your shit.

No one likes having to face the hard truth, and your soulmate knows this. Unless she’s had a few vodka sodas too many, she’ll lay it on you as sweetly as possible. Instead of flat-out telling you that you’ve messed up, she’ll ask the necessary questions and make comments until you come to the conclusion on your own. And after you’ve done so, she’ll be there for you to listen. But those times when you really need to hear it? She might not like to hurt your feelings, but she’ll tell you like it is, and you’ll both be better people for it. 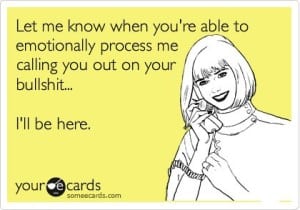 4. Even when you’re mad at one another, you still text.

Of course, calling one another on bullshit and having the occasional disagreements, inherent to any relationship, will leave the two of you irritated from time to time. That being said, this isn’t like a typical friendship. Your relationship with your BFF is more like one you might have with a significant other. If you’re mad at your partner, chances are you still expect or desire a good night text from them. Same goes for your platonic soulmate. No matter how angry you are at one another, if you find a cute animal video on YouTube, or a dress that’s just perfect for her, you’ll shoot off a text to your bestie like nothing is amiss. And then promptly resume the anger, if necessary.

5. You have your own secret language.

Honestly, for the most part this refers to the eighth grade practice of referring to people you like by code names well into adulthood. (Come on, we’ve all made out with a “Pancake” or a “Ginger,” nicknames that were glaringly obvious looking back on them.) In a true friendship between soulmates, however, it extends beyond this. You’ve learned to read one another’s body language, and in the case that you don’t understand exactly why she’s winking at you, you at least pretend you know what the other is trying to say.

6. If you’ve made plans together, you won’t cancel them for just anything.

When it comes to your soulmate, whether your relationship is platonic or not, you will avoid all other plans to spend time with them. Obviously, some things come first, like your health, a final, or a job interview. But you’ll find yourself saying no to dates or parties if you’ve already made plans with your best friend and having absolutely no regrets about it. 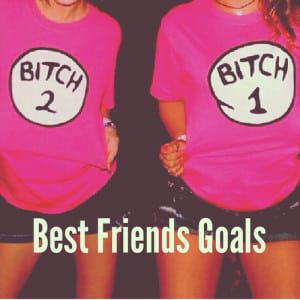 7. Her approval of your love interest is imperative.

They’re hot, funny, smart, good in bed – you’ve met the potential one, romantic/sexual relationship-wise. But before you put a ring or relationship status on it, your bestie absolutely must approve. If anyone knows you best, it’s her, and she will refuse to let you settle for less than you deserve. If she doesn’t like them, chances are it won’t last long. And hey – for your sake, she doesn’t mind being the third wheel!

8. If she doesn’t like your love interest or friend, she remains supportive.

That being said, a true soulmate will always support you, no matter her feelings on the matter. Maybe she doesn’t get along with your partner or your friend, but as long as they treat you right, she’ll make nice with them and remain a part of your life, both when you’re with someone or solo. This applies to other topics, too. Maybe she doesn’t agree with your line of work, dislikes your political views, or doesn’t understand your religious beliefs. A true bestie can set that aside to stick with you through thick and through thin.

9. You find yourself making plans together for the future.

Just like you might notice a romantic relationship is getting serious when you start talking about making a life together, the same goes with your platonic soulmate. You start planning things to do next month, next year, five years from now. That might mean whimsically planning your weddings or sitting down to put together a vacation itinerary or planning to become roommates. Whatever the case, shit’s real when you know she’ll be there ten months, even ten years down the line! 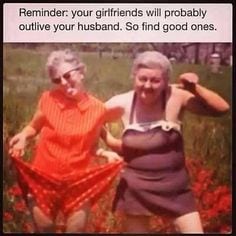 10. You can’t imagine your life without her.

Whether you’ve been best friends since the day you were born or just met when you moved into the same dorm last fall, you cannot imagine what your life would be like without this lady. She’s there for all of your memories, whether she was in them or served as a shoulder to cry on or as a friend to laugh with after the incident was over. When something happens, she’s one of the first people you think to call, sometimes even before your mother or significant other. She’s 100% what you need in another person – a best friend, a partner in crime, a coworker, a companion: a soulmate. And life without her? Well, it wouldn’t be life at all. 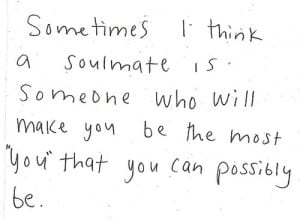 If what I’ve written about in this article is, for you, a “he” – a best guy friend – it applies just the same. Whatever the case, just like a romantic soulmate, a platonic lifelong BFF is a beautiful thing. Whether you guys lose touch after college or remain friends into your old age, a soulmate is a beautiful thing, and like any true love, should be treasured forever. So let’s raise a glass to our besties!