#YesAllWomen – Thoughts from Our Founder

Since learning of the tragic massacre in Santa Barbara, I have been unable to appropriately process my anger, fear, sadness, and a chilling sense of impending doom that I just can’t shake. On the day Roger’s misogynist manifesto was released, I had plans to meet a friend across the city for a movie, yet my fear held me back. First, I debated if I should even leave the house. I opted for baggy jeans and a loose sweater, rather than my dress. Then, I got off the subway twice before my stop, because I was afraid that if one of the male passengers, creepily eyeing me and occasionally exclaiming “damnnn”, advanced on me or became aggressive (despite me wearing headphones and reading), the rest of the all-male passengers would not stand up for me. Finally, instead of being scared, I got off early and decided to walk the rest of the 10 blocks. In my baggy jeans and oversized tee, I was cat-called several times, from guys standing on corners, riding on bikes, twisting their necks out of car windows. The only thing that kept me going was the police presence on every corner, common by the city’s university. By the time I reached the movie theatre, tears were in my eyes. I can usually shrug off these every-day experiences, but on this day, my fear boiled over. We decided to skip the movie.

My story isn’t about me. My story is universal; lived and breathed in every woman who has ever experienced an act of violence, aggression, verbal threats, or simply fear at the hands of men. Each and every one of us experience this at some point in our lives. For most of us, it’s on a small scale. I can’t count how many times I’ve turned down a guy at a club or bar, only to be verbally assaulted (“whatever whore, you’re too ugly for me anyway”) or physically abused (drinks thrown in my face, my dress pulled nearly off my body until it rips) for simply turning him down. It would be impossible for me to count the number of similar experiences of my friends, let alone the readers of this blog. The fear of abuse becomes so terrible that you become afraid to turn guys down – thus giving out fake names, fake numbers, or running to the bathroom find your friends – aka, escape. This fear and intimidation only gets worse as we become more vulnerable, alone, and closer to the bedroom. 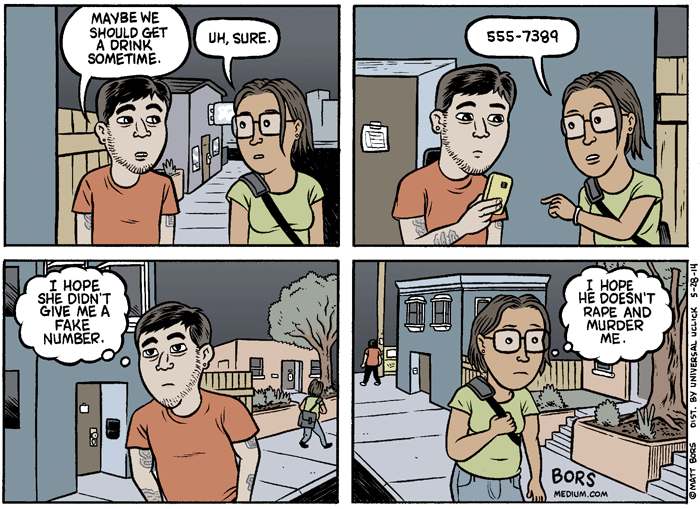 Unfortunately, for some of us, these small-scale acts and fears become much larger, and alter our reality forever.

I lost my virginity in a rape during my first year of college, but I didn’t call it “rape” for another two years. I called it “my fault” because I kept saying no, and no, and NO, and crying, and pushing, and fighting him off me – but finally, after what felt like an hour, I was too tired, and scared, and just sick of defending myself. I said no one last time. He said “whatever, I don’t care” as he pushed himself into me – then I said “fine, whatever”. And I laid there motionless and he got what he wanted. I stopped fighting. After all, the fight was already over. My virginity, and, in my belief at the time, my worth and dignity, were already gone.

I didn’t call it “rape” because I believed I had technically “consented”. In reality, I gave up after he had already forced himself into me. In reality, my first “no” should have been the NO that made it stop. In reality, even if I kept saying no – it was never going to stop until he got what he wanted. It was a battle of physical power – not will – and he was determined to assert his alpha male.

No woman should have to fight for her right to not have sex with someone. We shouldn’t have to fear that due to our relative physical weakness, someone can take control of our bodies without our consent. Someone can literally rip your choices from you in an instant. To the perpetrator of violence – you are just one of many conquests, a blip on his radar. To the victim – the effects last a lifetime. My rapist shattered my ability to have healthy, loving, pain-free, emotionally connected sex for the next 8 years. I’m still working on it. It still haunts me.

The next night, I defiantly decided I was going to take back control of my sexuality. It was going to be my choice this time – no one else’s. I had sex with my best friend… and then, as I left his room, my rapist’s roommate yelled “SLUT!” at me from down the hall. I became known as the “slut” – all the night after I lost my virginity – in a forceful rape. 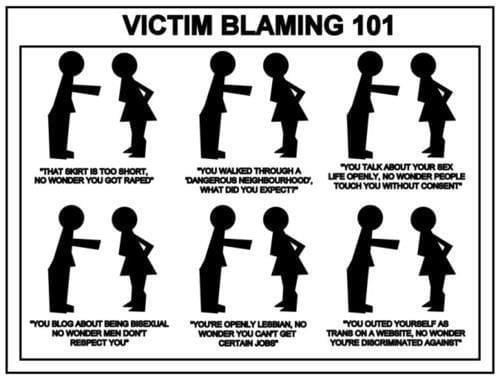 For others, the scale is much larger still. The amount of women kidnapped, beaten, molested, abused, tortured, taken into slavery, forced into prostitution, and even killed – simply because they are women. We are physically weaker; we are automatically at a disadvantage – and humanity has become “the wild”, where survival of the fittest prevails. My blood boils. I fear for myself, my friends, females around the world, and humanity as a whole. I fear for our futures and the futures of our children, who may grow up in a world where the digital age allows monsters to unite and take out their vengeance on the civilized and decent beings around them, for seemingly no reason at all. In the chaos and confusion, I desperately search for what’s to blame. Is it violent or male-centric media? Is it a flawed justice system, or lack of education? Is it a general lack of respect and equality, perpetuated by an ancient patriarchal system, that places males above females in nearly every capacity? Even if I knew the answers, I would be desperately searching for solutions, to no avail.

This feeling of resentment and anger isn’t new to me. I’ve been upset and infuriated about the status quo well before I learned about feminist theory – when I first started to feel its effects. At just 14, I was shocked and appalled when I started to regularly defend myself from groping and inappropriate touching on subways and at concerts. At 15, I was scared and frantic when a male friend offered to drive me home, and instead drove to the middle of an abandoned park, stopped the car, locked the doors, and wouldn’t start the car again, insisting I hook up with him. I was devastated when my first boyfriend forced my head down on himself, and pushed his heavy arms on the back of my neck for what felt like eternity while I choked and cried and tried to pull him off me to no avail – and that after I broke up with him – our mutual friends never believed me, called me a liar, and stopped being my friend. I was infuriated when my next boyfriend choked me and banged my head on the ground until I passed out – and then when I broke up with him – his fraternity brothers banned me from their house because I “spread rumors about him” to my best friends. I am outraged that only a fraction of these cases are ever reported, mine included, because we already know the outcome – that only 3% of men will ever see a single day in jail for their crimes. Yet, the majority of women who report these crimes are continually questioned, ignored, mis-treated, and further abused. I am sad that every kind, caring man I’ve ever dated and loved since has become the victim of my own back-lash, fear, suspicion, and mistreatment – because after years of abuse and fear, it’s just so hard to let anyone in. 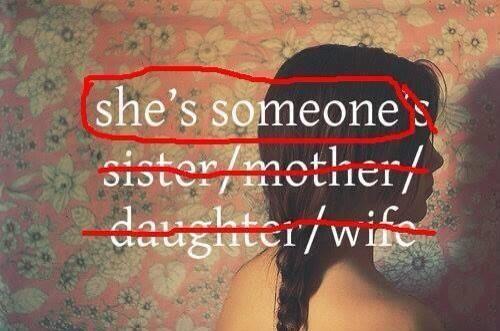 I am continually perplexed and angered that in this modern day in age of supposed equality and freedom, many minorities, including women, have a lack of options, understanding, and support. The more our voices raise, the more criticism we are met with. The more we speak out for justice and equality, the more men come forward to silence us and make us fear their wrath, for simply having our voices expressed. And yet, our voices are often all we have to be heard and create change, no matter how small. If only one woman feels empowered – if only one man begins to understand – if only one act of violence is stopped – our voices make a difference. Personally, that’s the best I can do to help ease the pain, inspire others, and hopefully be a voice in our growing fight toward equality.

Read more experiences from our writers. Click to re-direct to #YesAllWomen – Voices From Our Writers