This segment covers everything you need to know about the Pull Out Method, a widely debated form of birth control in which the effectiveness is almost entirely up to you.

What is it? How does it work?

The pull out method, also called withdrawal (and apparently coitus interruptus), is a totally free and self-controlled form of birth control that has been in use since the dawn of human sexuality. It’s pretty easy and intuitive. Your partner pulls out before he ejaculates (comes) so that none of his semen or sperm gets inside your vagina. 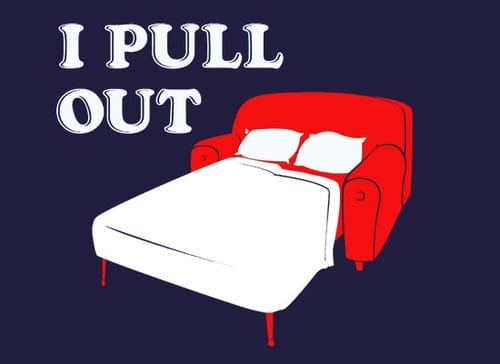 There has been a TON of debate as to the effectiveness of the pull out method. Our sex-ed courses and parents have claimed that it is not great at avoiding pregnancy, and a terrible method of birth control. However, some women swear by it, especially when hormonal birth control methods have failed them. In fact, the pull out method is so common that our generation has been dubbed “The Pull Out Generation” – sparking everyone from health websites to ABC News to start talking about it.

At the end of the day, the pull out method’s effectiveness is almost entirely based on your partner and his self-control. When used perfectly every time, it is about as effective as other forms of birth control – 98% effective. When used “typically”, it is only 78% effective, which means 22 out of 100 women will get pregnant within the first year. Surprisingly, this is about as effective as the typical use of spermicide, the sponge, diaphragm, cervical cap, and even condoms. Your partner has to pull out in time – every time in order for this method to be truly effective. But, even when used imperfectly, it is still much more effective than our sex health classes led us to believe. It is certainly much better than using nothing at all – especially because it’s entirely free. But, make sure your guy is able to have that kind of willpower and self-control, and that he’s as serious about preventing pregnancy as you are. 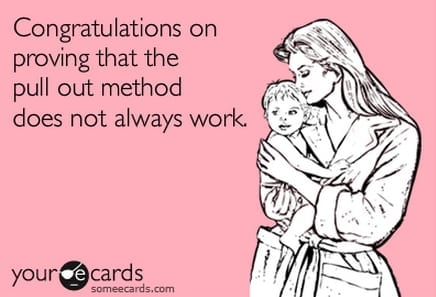 Ways to Make it More Effective

The best way to ensure that the pull out method is effective is to communicate and practice thoroughly with your partner. Your partner has to have a lot of self-control, and you have to have a lot of trust that he will actually follow through with his promise to pull out. With some practice, your partner will know when he’s about to finish, and can make sure he finishes outside of your vagina. The two of you can practice in advance with a condom so he can better control and time his orgasms. You can also remind him to make sure he doesn’t get lost in the passion of the moment.

Some studies have claimed that even with the pull out method, pre-cum can get you pregnant with its highly potent sperm count. Others say that pre-cum has hardly any influence on pregnancy at all, as it contains very little viable sperm, if any at all. The truth is, no one really knows what is in pre-cum, and if it is has a large effect (if any) on pregnancy. Regardless, it is well-known that the pull-out method is much more effective when used along with spermicide to take care of any pre-cum (or premature ejaculation) concerns.

You can also learn your fertility cycles, and use the pull out method during times you are less fertile.

Just in case things don’t go as planned, be prepared. Talk about what you’ll do in case he doesn’t pull out in time, or you accidentally get pregnant or contract an STD or STI. You may want to keep some emergency contraception (Plan B) on hand, have a good relationship with your doctor or gynecologist, and have a plan in mind that both of you feel comfortable with. Your partner should be as active, conscious, and caring about your personal health and safety as you are – and if he’s not, you may want to reconsider using the pull out method with him. 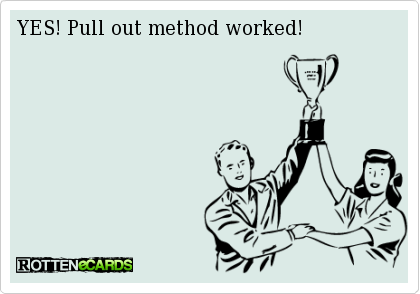 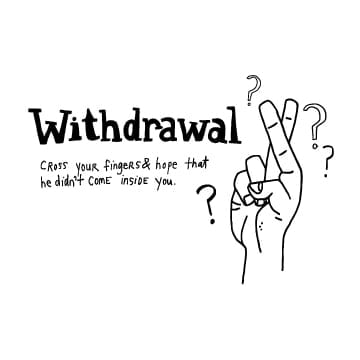