Note: This product is no longer available! We recommend the We Vibe Tango instead.

This toy may look slightly daunting to the beginner, but after you get over the two bullets staring at you, it’s amazing. I started out by doing my least favorite thing: adding batteries. Maybe it’s because I’m partial to toys that charge in the wall, or maybe it’s because I can’t ever figure out how to put them in, but reaching for the batteries always makes me cringe. I also have a fear of them dying mid-masturbation so that I’m left pissed off and horny. This toy was a bit tough at first. I tried twisting the top, pulling on the top, sliding it up, and whatever I could have done to get the top off of the remote. I felt like a four year old trying to open fruit snacks. This should be simple, but somehow my brain wasn’t using logic. After a few seconds, I learned that you twist the top to the left and THEN push down like clicking a pen.

Once the batteries were in and the top was back on, I pressed the power button and felt a very light vibration. After trying many bullets with awful vibrations, I was expecting the worst and almost felt sad that the vibration was so light. Then I pressed the button again, the vibration increased, and my eyebrows raised. I pressed the button a third time and my eyes lit up like a teenager at a strip club. Strong vibrations from not one bullet, BUT TWO! This duo had me wanting to strip my pants off and run for the bedroom, which I did after pressing the button twice more and finding two pulsating vibrations at different speeds, one with fast pulses, and the other with fast pulses and one long pulse. My disappointment was turned into pure joy with just the click of a button, and the strength and versatility of this vibe was exciting. 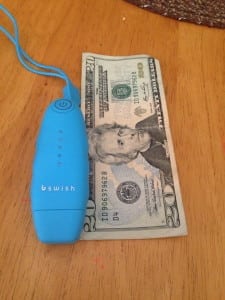 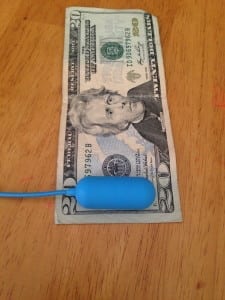 Party for One… Or Two

If a bullet has good vibrations, which this one does, then it’s almost always a good idea to introduce them into the bedroom with your partner. When you have a bullet with two ends on it, it seems only logical to use it for a duo (pun intended). Before I texted my latest hookup, I wanted to see how it would work alone. I noticed that the only speed I really loved was the third setting, which was the strongest of the solid vibrations. The fourth and fifth settings were quick pulsating vibrations, the last broken up by one longer vibration between the quick, short, and pulsating pattern. I felt like the others were rather irrelevant while I was on my solo mission. It was also a little distracting to have both of the bullets down there when you’re trying to control the remote. So, instead of letting the second bullet just sit there useless, which I would probably do if I was in a hurry, I slipped it inside of my vagina and felt the vibration with the bullet inside of me, while I used the other bullet on my clit. It definitely killed two birds with one stone, so to speak. If you’re into anal play, you could also put the second bullet there for a different stimulation, but that isn’t my expertise.

With the two bullets, I definitely felt like I needed an extra set of hands, cue the text to my most recent hookup. This toy is extremely versatile when it comes to using it with a partner, so we both enjoyed it immensely. I used one under his balls while I gave him head, ran it over his shaft to tease him, and then he held onto the other one, waiting to use it on me. He used them both on me and we used them on each other at the same time. I also put one near his balls while I was on top and he used the second one on my clit. I noticed that I used the other speed settings more with my partner. He put it on the lighter setting to tease me, as I did with him, and he also put it on the quick pulsating setting to match the speed of his thrusts. There are endless possibilities with these little bullets, and I only explored a few in the span of a couple of hours. 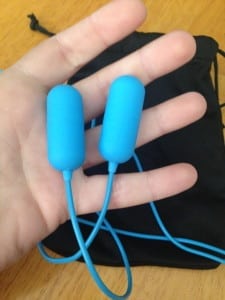 There are so many convenient features about this toy that make it great for beginners and those that are a little more advanced alike. It’s made out of plastic, making it hard, but has a very soft and smooth coating that makes it feel great on the skin, even skin as sensitive as his ball sack. The bullets are about the size of a large baby carrot and have a smooth and soft exterior, making them easy to play with. They’re small but attached to cords which makes sure that you aren’t going to get then lost inside of you or anything scary. Because it’s waterproof, I took it into the bath with me and loved that the cords were so long because I got to keep the remote out of the water. It also makes for easy cleaning too. The remote is technically waterproof as well, but I would resist submerging it, just in case the battery hatch isn’t on completely secure. It also comes with a black pouch to store it in, making it more inconspicuous to the snooping eye. The only thing I noticed that was a little frustrating was the cords easily tangled. If I didn’t put it away in the bag correctly wound up, then I found myself untangling the bullets like a pair of headphones. It only took a second, but when you have a horny guy waiting on you, untangling cords isn’t something you want to deal with. 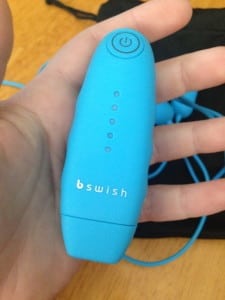 Note: This product is no longer available! We recommend the We Vibe Tango instead.

Note: I received this product for free in exchange for an honest review. Some links are affiliate links, which help support the site. All opinions are 100% honest and my own. I only recommend things I would use myself! Read more about our reviews.