I identify as a feminist. I believe the equal and fair treatment of women on a global scale must be achieved for the greater good of human kind – and because it’s simply the right thing to do. So you can imagine it confuses me when fellow lady chums tell me they are against feminism, think it’s too radical, or just plain don’t ‘get it.’ It confuses me even more when I meet someone who identifies as a feminist yet misses the point of supporting women completely. I will be turning in my grave if I have not enlightened at least one person about what I’m trying to say.

I have decided, instead of attempting to educate a person who doesn’t ‘get it,’ I will address my fellow feminists. What is wrong with the feminism so many people are subscribing to today? A lot; and the voices of the people who are OPPRESSED by this feminism are often not heard. Weird right? I am going to highlight some major issues with the mainstream feminism of today.

1. Including vs. Excluding Men

Let’s start with Emma Watson. I respect Emma Watson as another human being and as a brave woman who identified herself as a feminist (like she said, a ‘dirty’ word) to a global assembly. A lot of women shun the f-word because they fear it makes them less attractive to men (major thinking to do if you are one of these). But, I don’t think her U.N. speech was game-changing.

The whole idea of saying, “Oops men, were we EXCLUDING YOU? Did you feel unimportant in our lives because you weren’t at the center of it? I’m so sorry, here, you can join in, it’s okay! Where would we be without you today!” It’s sickening. Men don’t need to feel included. They need to be willing to understand. What the speech did was universally separate men from the oppression they benefit from and perpetuate every day.

The radfem within me testifies against the invitation to men. Why should they only start to care about women when they get to be included? It sounds like we’re accepting their misogyny if we do this. It ignores the fact that misogyny is deeply internalized and that so many men are the problem. Men are not the solution: women do not need men to save them or stand up for them, as this would just reinforce the gender binary. Admittedly, I’m not an expert, but if you can’t see the problem with this campaign, despite it coming from good intentions, then you should rethink your feminism hard.

Although Emma did address her privileges, she did not acknowledge that her privileges pose problems for the kind of feminism she is trying to globalize. Consequences of cleansing the word feminism will ripple outwards, and it isn’t going to be pleasant. This feminism I am slating is the white feminism that is flourishing in the media. This is the feminism the media has always focused on, ignoring less privileged feminism from non-white and working class women. This feminism has been carried through first and second wave feminism as a result of racism. Yet many people still aren’t identifying feminism as a race issue. Emma doesn’t speak about misogynoir, about the below-living-wage of Latina and black women and other women who are not white. Emma doesn’t address the commodification of black culture (and every other culture) by a white-dominated media, a culture condemned where it originated then sold to white people who are praised for it. Mainstream feminism fails to address white supremacist culture as a feminist issue. 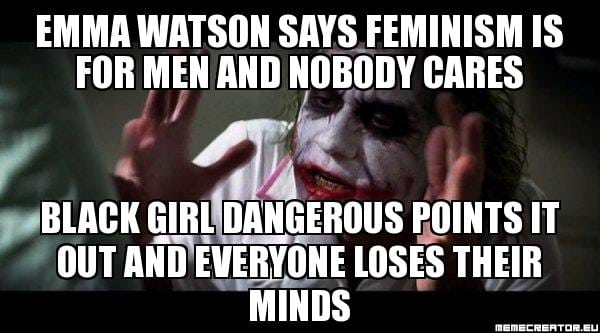 Again, I am not an expert on misogynoir. What do I know? I was brought up in a fairly middle class, white, Church of England family. However, it pains me to know that I’m benefitting because other women are suffering. That is not feminism, and until we address misogynoir and racism as issues to be fought and dealt with through feminism, we are perpetuating oppression as much as the next person.

3. Lack of Support for Sex Workers

If you don’t support sex workers, you don’t support women. When I use the term sex worker, I am referring to those with agency who chose freely to enter sex work and those who continue to do so. If you feel women are unable to act with full agency in choosing sex work because we live within a patriarchal system that sexualizes women, would you consider women incapable of full agency when choosing other things, too? (I cannot answer this effectively in this article, so here is a thesis delving deeper into the issue).

Lack of support for sex workers is deeply rooted in misogyny and slut shaming. If you support women’s desires, sexual pleasure, and freedom, you should support those who choose freely to use their sexuality to their advantage. Instead of saying they are dirty and disgusting, respect their choices.

Because the patriarchal system we live in wishes to control women’s sexuality, working in the sex industry is publicly frowned upon. You may know a guy who would slate you if you decided to work in the adult industry, dance, or cam model, yet he most likely has enjoyed consuming the labor he was so quick to condemn. In other words: sex work is publicly frowned upon, but privately enjoyed. You see the contradiction here?

Sex worker rights need to be recognized and fought for. They need support and protection to do their job safely. We must stand with sex workers so that their job can be done in a safe environment and with the knowledge that they will be taken seriously if someone commits a crime against them.

I have “feminist” friends, most possibly myself included. People who talk the feminist talk but don’t always walk the feminist walk. I’m talking about the hypocritical and contradictory things we do in everyday life that we too-often overlook. I will take you through a list of such hypocritical actions:

1. If you slut-shame or use any derogatory word or phrase in a condescending or derogatory manner towards someone else, then you are not supporting all women.

2. If you do not understand that racism is a feminist issue, then you are not supporting all women.

3. If you do not recognize the difficulties trans* people face and fail to support those who identify as women, then you are not supporting all women. 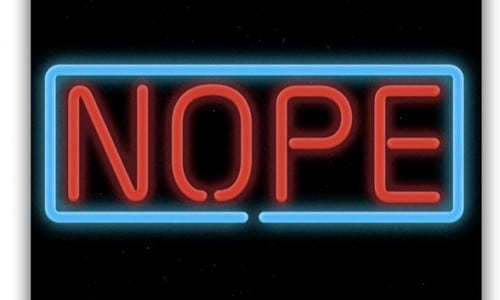 4. If you think that sex workers with full agency are selling their bodies, degrading themselves, and need rescuing, if you think they are tainted by their decisions to work in an adult industry and they don’t respect themselves, then you are not supporting all women.

Let’s all check our privileges and reflect on the way our actions reflect (or don’t!) our beliefs.