Sorority sisters walk the line of inappropriateness and class. They push the limits, but do so with an air of refinement. They keep their heads held high, and their drinks held higher, epitomizing the duality of staying classy while blacked out. They go out all weekend, feeling confident and self-assured, eager to find the perfect hottie to shack up with and spend the night. Then, they pick themselves up Sunday morning, headache banging from their hangover, and stealthily clean up the mess. They take a hot shower, reminisce with their sisters over brunch, and then pull themselves together to face the rest of the week with a clean reputation, dignity intact, and confidence beaming. They have a can-do attitude while they work hard for great grades, well-rounded extra curriculars, and give back to their communities – all while living for the weekend and making the most out of their college experience. For this and many more reasons, I love my fellow sorority girls. Cheers to you, sisters.

Yet despite sorority ladies being total class acts while exploring their sexuality (and not even half as much as their male counterparts), they are still demeaned and degraded within Greek culture – slut-shamed with a term so riddled with problems that I’m astounded it hasn’t been discussed until now. “Sororstitutes” 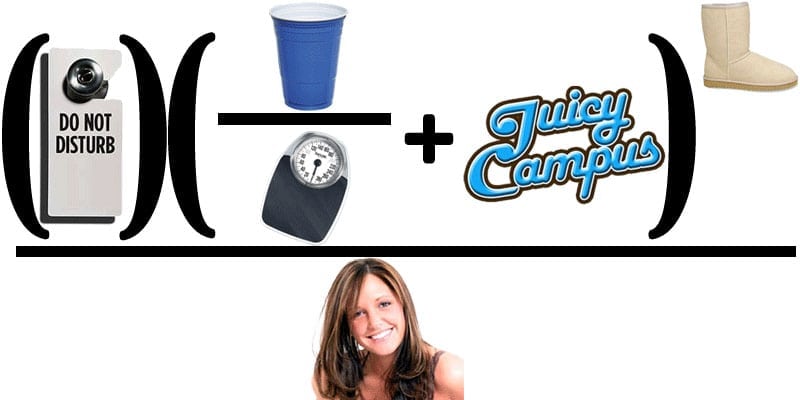 Sororstitute is a combination of the words “sorority” and “prostitute”, essentially a sorority girl who is also a slut. It’s a term that’s inherently meant to be derogatory, degrading, and slut-shaming. It turns the concept of a “sexually free woman” into “a woman who gets paid to have sex”, and all the awful connotations and imagery that come along with the title. Being promiscuous and exploring your sexuality are a totally natural part of life. Women have natural urges too, and we want them to be satisfied. Shaming women for doing the same exact things that men do is hypocritical, and shows us that women are still not considered equals. 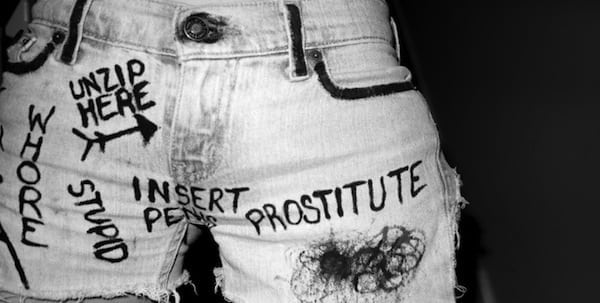 Don’t think Sororstitute is derogatory, and meant to break women down? Take a moment to search Total Frat Move for the term. In the results, not one female uses it, and the males that do use it do so in the context of women being inferior, only existing to serve and please men. Taken right from the source:

“I’m wondering why so many sororstitutes are posting all these lame “TSMs” rather than painting coolers, pouring drinks, giving BJs, or making sandwiches for their fratdaddies. Get it together, ladies; those damned MRS degrees wont earn themselves. TFM.”

Seriously, I can’t make this shit up. Don’t even bother typing “slut” into the search field. You’ll instantly be enraged for the rest of the day. 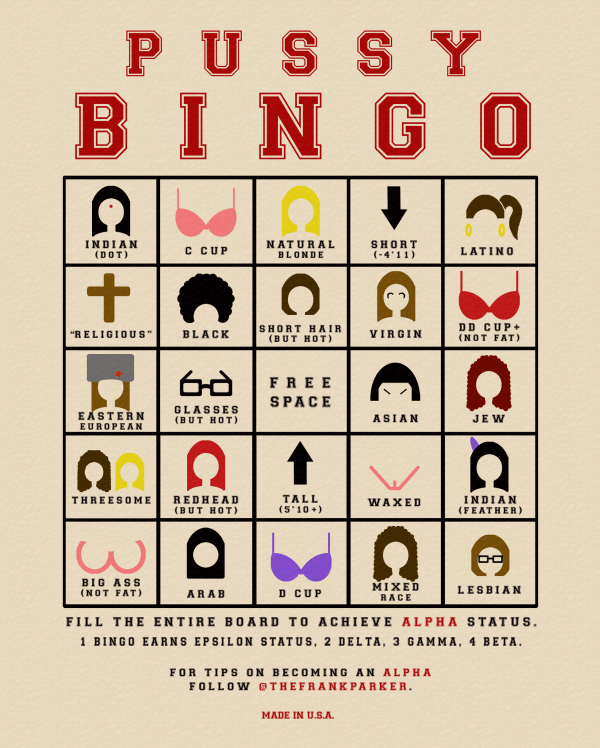 Certainly, Total Frat Move has seen it’s fair share of rightful criticism, with an article semi-praising cat-calls and threats delivered to Take Back the Night activists, subsequent criticism calling them out on their shit, and even a petition to encourage some reform of their tasteless “comedy”. Their use of the term “Sororstitute” is only one drop in a keg full of misogyny, where women are continually mocked, degraded, and routinely referred to as “Slampieces” by males who have claimed themselves as superior.

Even if it’s used in a “humorous” and “tongue in cheek” way, meant to be “satire”… it has real consequences and real-world repercussions. Like the perpetuation of campus rape culture and the shocking statistics about fraternity gang rapes. Clearly, Sororstitute is meant to “put women in their place”, make women feel bad about themselves, and shame them for doing the same exact things men do and are even praised for. “Being sexually active is totally wrong, ladies! Don’t you remember?! Didn’t you know that only men were allowed to be sexually promiscuous? Now, get back to giving me, and only me, your perfect tight pink pussy, access to your anus, and a wet and sloppy blow job! Hey… where did you learn that from?!” 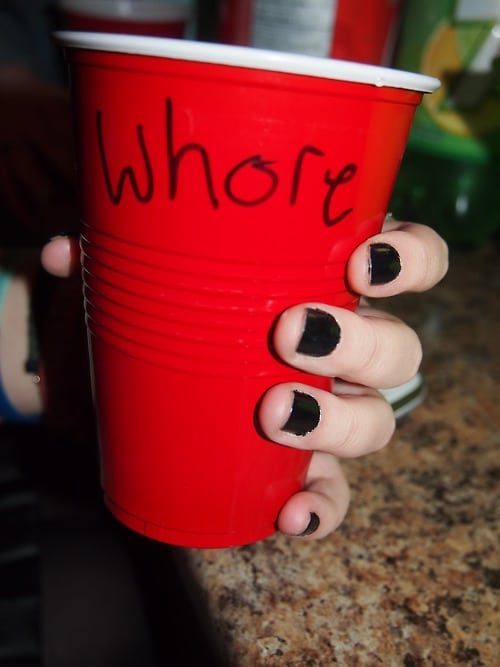 But TFM isn’t the only source perpetuating rape culture. Degrading and derogatory language is common on college campuses and in the Greek community. We hear slang terms, “jokes”, and casual semi-insults all the time… thrown around at frat parties, mentioned in casual conversation, and even touched on in our own relationships. If we’re hearing it in these settings, when boys are on their best “mating behavior”, you can be sure it’s being said a hell of a lot more behind closed doors, and with much stronger conviction. Just two examples of fraternity emails leaked to the public show the incredibly misogyny in Greek and college culture, including “Luring Your Rapebait” and another that describes women as “targets” not “actual people like us men”. Seriously, these things were written by real people. Real people “jokingly” promoting sexual assault. Believing in such a backwards philosophy is incredibly sad…. encouraging others to act on it is disgusting… and then condoning it on the internet is downright scary. I can’t even begin to imagine what else is said in private. These examples are a total embarrassment to the writers, Greek organizations, colleges, and men as a whole. It certainly goes against everything that their organizations stand for, and blatantly disregards both equal and human rights. 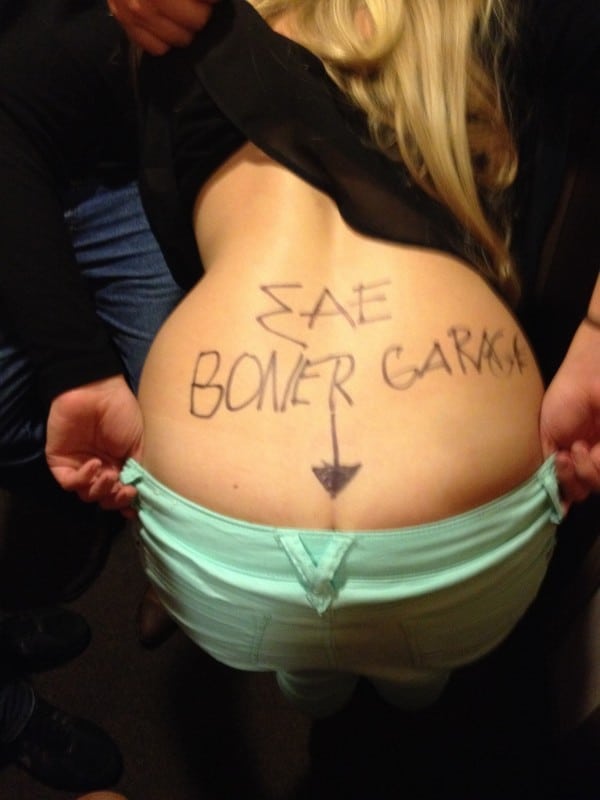 Now, I’m far from claiming that fraternities or fraternity men are bad in nature. The majority of fraternity guys I know are absolutely wonderful people, and most of them are just as disgusted about rape, rape culture, and slut-shaming as I am… and fraternity guys aren’t the only ones at fault for misogynistic behavior. But, the small percentage of guys who contribute to rape culture give a bad name and image to the organizations as a whole. An even smaller percentage of men actually go ahead and rape women…but astoundingly, this small percentage of ruin the lives of a very large percentage of women. In the United States, one out of every five women will be raped. That’s 20% of women, and that’s not even counting sexual assaults. Of those rapes, 60% will never be reported, and 97% of rapists will never see a day in jail. You are twice as likely to get raped than get breast cancer… and the shocking facts just go on and on. 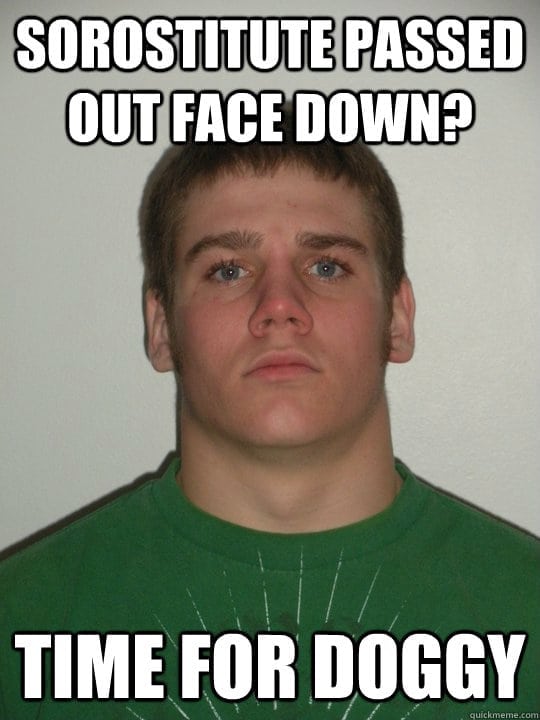 Absolutely shocking statistics, but then again, I’m not surprised. I know several females who have been raped, myself included… which from my experience is way more then the “1 out of 5” statistic. I suspect the statistic is actually much higher in reality, considering how many women might not report their rape, might not want to acknowledge it as rape, are embarrassed to even think about it, think it might be their fault, or downright don’t even remember it happening. As a community, as women, we have an obligation to speak out and stand up for our own rights. Our right to have sexual experiences be our choice and in our control is at the forefront of the feminist movement. 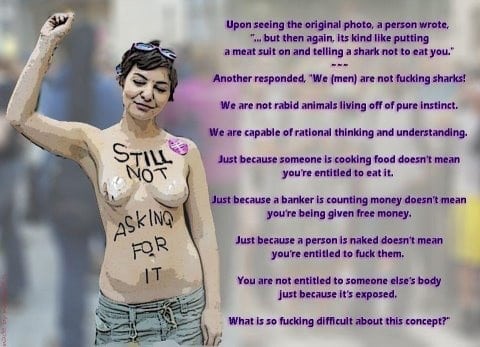 In the end, the lovely sorority ladies who explore their sexuality, just like their male counterparts, do not deserve the blatantly disregarding with a derogatory label like “Sororstitutes”. No one deserves a derogatory title for consensually embracing their sexuality. (Thus, why we reclaim the word “slut” as an empowering term here!) Each and every one of us is entitled to have a healthy enjoyment of our sex lives. We have the right to consensually get pleasure from our natural sexual urges. We do not deserve the shame and judgement that comes with being a sexually active young woman. We have a responsibility to support our fellow females, stop slut-shaming, and put an end to the misogyny that pervades Greek life and college campuses.

We’re been boiling in a pit of oppressive patriarchal culture that we’ve come to accept at the norm for far too long. Now, it’s time to blow off the lid and expose the contents.