How to Have a Good One Night Stand

Every once in a while, a girl’s gotta get some nookie. I know. I understand. The thing is, for some of us gals, it’s kinda hard to play the one night stand game. The first time I ever had a one night stand, it was more a social experiment than a night of frisky, fleeting pleasure. In fact, there was no pleasure involved. I was in my early 20s and hadn’t discovered my own sexual needs, much less the art of having a one night stand. The thing is, a one night stand is usually a hit or miss, and it took me a long time to figure out how to pick the right guy to take home for a good, sexy time. Sounds calculative? You betcha! But this is for both our pleasure.

After a while, I started noticing a few things in common that were there when I had a really good one night stand. After applying my observations to future “stands”, I found that there is a higher chance of having a good time when these things are there. I mean, I’m not going to lie to you. There is no such thing as a perfect one night stand. You hardly know the person, you don’t know what they like or don’t like, there is always a lot of awkward moves and a few “oops sorry!”, but it is in that not knowing that it’s also fun. With these keys in mind, you can lower the weird, awkward moments, and increase the fun moments.

Here’s what it takes to have a one night stand like a pro. 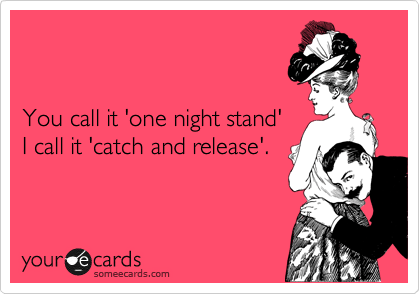 Be in a good mental space

One night stands that happen when you’re in your “I need a man in my life!!” state never work out well. You might subconsciously be looking for intimacy, or more than a few orgasms and a warm body to spend the night with. Sadly, that will shine through no matter how much you deny that you’re “only in it for the sex”. It will put you in a bad position that makes you a target for douchebags. The best kinds of one night stands occur when you’re in a good mental space and are in full control of your choices, and are sound to make reasonable ones. The worst ones happen when you say “Fuck it!” and sleep with a persistent guy just because no one else was available.

Know that it’s going to end

Don’t mistake a fun, alcohol fueled night for long term potential. Yes, you had a good time and he seemed really interested in you, but never think that this is the beginning of something beautiful, especially something involving a white picket fence. I’m not saying that it can’t happen. I’m just saying that if you’re looking for a one night stand, and you go in thinking that this could be a start of something beautiful, you’re going to be let down 99% of the time. If something does develope, then awesome, but just be aware that most of the time, nothing will happen. 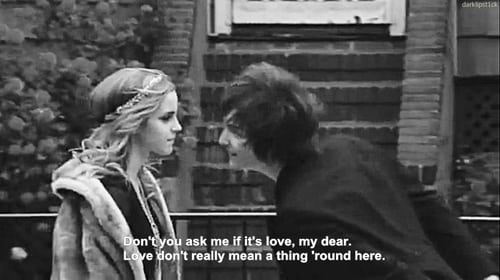 This includes the insecure guy, or the pushy guy, or the douchebag guy, or any kind of guy you wouldn’t want your daughter or BFF to have sex with. Seriously, you want to have a good time, not nurse some dudes issues. You want a guy that can handle himself and not be a jerk in the morning just because you asked if he wanted to get breakfast together before you leave. You can always feel out a guy’s intentions. Sure, almost all men want to have sex, but some guys need to have sex to hit their bang quota, or so they feel validated. On the other hand, some guys are genuinely having a great time with you.