It’s that time of year again: Valentine’s Day. A time when, if you’re so lucky to have one, you should be excited about spending time with your significant other. But wait, what if your relationship status can best be described as the “it’s complicated” option on Facebook? Do the normal Valentine’s Day rules still apply?

There are many different stages in a relationship, and they vary from couple to couple. Furthermore, there are tons of different types of relationships too. Friends with benefits, monogamous but not official, dating, talking… The list of phrases we use to describe our relationships are nearly endless. So if you’re lucky enough to be in love, lust, or somewhere in between this Valentine’s Day – yay for you! But if you’re still questioning whether or not that love, or lust, or whatever is worthy of celebration on this Hallmark holiday… Well, here’s a guide for you. 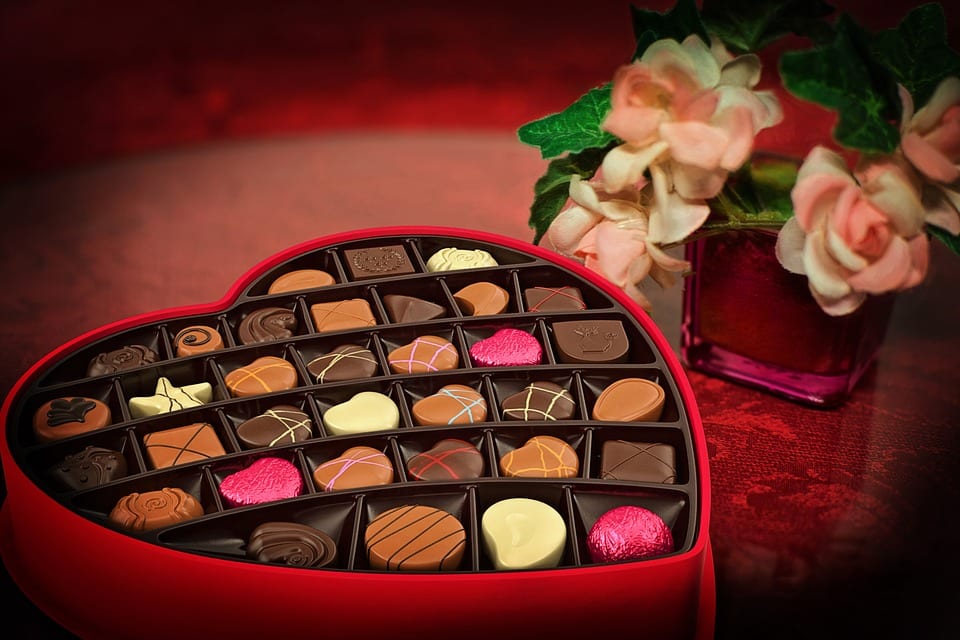 Maybe you just had your first date a few weeks ago, or maybe you’re in that stage where you’re pretty sure the two of you aren’t seeing anyone else, but no one’s made things official yet. When it comes to Valentine’s Day, this is definitely the most awkward stage of a relationship.

Depending on the nature of your relationship and exactly how far into it you are, you might not even want to spend Valentine’s Day together. However, you should definitely still acknowledge it. A few short years ago, I found myself at this stage in a relationship. Luckily enough, the day before was Friday the 13th, so we chose to Netflix and chill with some horror movies instead of getting all romantic on the fourteenth. Sadly, there isn’t a Friday the 13th this February – Valentine’s Day is instead the scariest day of the month. Still, if you’re not ready to spend that particular day together, consider hanging out at another point over the weekend and doing something a little more low-key, but still one-on-one.

You’re Long Distance, but Not in a Relationship

Isn’t it the worst when you meet someone special only for one of you to move away? Maybe you guys had a real thing going on and broke it off once the distance became too much, but your feelings still remain. Or maybe you were falling for one another, but the timing was off. You still keep in touch and sometimes indulge in sexts or the occasional drunk discussion of feelings.

Unless you’re 100% certain that your long distance crush only has eyes for you – and you only have eyes for them, too – then you probably should avoid getting too lovey-dovey on Valentine’s Day. Send them a text with a Valentine emoji. It’s a sweet way to let them know you’re thinking of them without coming across as too attached.

You Have a Crush on Your Friend

Telling someone that you already have a strong platonic relationship with that you like them is so, so awkward. If you’re going to get the truth out there, don’t do it on Valentine’s Day. If you’re already wallowing in singledom, you’re only going to be more miserable if your crush rejects you, and even sadder if that means your friendship falls apart. If they post a whiny Facebook status or text you about how annoying it is to be single on Valentine’s Day – or how gross the holiday is, if that’s more their speed – indulge them with a reply featuring your opinion. But don’t expect this day to be the one you two finally get together. Save the hearts and flowers for the couples.

There’s the friend you have a crush on, and then there’s the friend that you’re fucking. Now, on Valentine’s Day, it might be time to really consider your emotions. Is this really just about friendship and sex? If so, then keep doing you and just ignore the holiday’s existence – unless you guys decide on a late night booty call, of course. Or are there feelings festering beneath the surface? If you’re falling for your FWB, there’s really no good or bad time to tell them. It’s going to have to come out eventually. If you think he might feel the same way, today might be the perfect day to tell him how you feel. It could turn your usual hook-up or hang-out session into something really romantic, after all. And if you’re rejected or he doesn’t feel the same way, well, it’ll be super awkward no matter what day it is, just cut your losses and run.

So you’re not even friends and you most certainly don’t have any romantic feelings for your partner. Honestly, that can lead to some pretty amazing sex, so go you! Definitely don’t send your fuckbuddy (minus the buddy) a text wishing him a happy Valentine’s Day. If you’re going to talk to him at all on this holiday, do what you usually do and wait until most of the world has gone to sleep before you shoot him that “u up?” text.

You’re Not Sure How They Feel

So far, we’ve discussed a few different types of relationships, including crushes and fuckbuddies. In the world of love, friendship, and sex, things can get really confusing. If you don’t know how that guy in your class, the cutie from your office, your FWB, or the dude you took home from the bar last weekend feels about you romantically, today isn’t the best day to bring things up. On the flip side, if your potential love interest seems disinterested or on the fence, you can totally play things off by saying you just didn’t want to spend Singles’ Awareness Day alone, which, to be honest, is probably true anyway.

I don’t care if you guys broke up last weekend or last year. Do not call your ex today. Be the strong one. Avoid stalking them on social media to see if they have a new Valentine this year. Buy some wine, put on The Notebook, and get over it – if only for these twenty-four hours.

If you’re on, embrace it. If you’re off, avoid it. That should be the general rule of thumb when your relationship is complicated, but that’s the thing about complicated relationships – they are, as their name replies, difficult as fuck. If you just started hanging out again, your partner might get skittish if you want to spend the day together. If you two recently broke things off but you want to get back together, they might be hurt that you didn’t so much as text them. If things are looking up, at least acknowledge the day – perhaps even ask if they’d like to do something, whether you want to go on a date or just spend some quality time together. If things haven’t been going so well lately, perhaps leave it to a “thinking of you” text and spend the evening with Ben & Jerry instead.

It could be that you’ve recently been in a big argument. Or maybe you’ve just entered your second semester of college and realized you want to leave your high school boyfriend behind. Whatever the situation is, you’re still together, but you’re not sure for how much longer, or at least know that right now you’re going through a rough patch.

If you need space, don’t feel bad about it. Let your partner know you still care about them but don’t think you should go all out this year. If you want to see them and make things work, though, tell them that. Write them a letter telling them how you feel or take them out somewhere special, and if they want you too, expect them to show the same consideration. It takes two to make a relationship work, after all.

You Want to Break up Soon

In high school, one of my friends gave his girlfriend a card on Valentine’s Day that said, “We’ve had some good times.” He broke up with her on February 15th. Please, don’t be that person. If you’re planning on breaking up with your boyfriend soon, you should probably do it ASAP. Give him some time to return that diamond necklace he got you. I’m sure he could use the money. (And don’t even think about scoring that diamond necklace first!!)

If you’re only “kind of single” this Valentine’s Day, things are definitely going to be awkward – but they could also be really great. And hey, if your insignificant other lets you down on the fourteenth, that’s okay! Plan to buy some chocolate on discount tomorrow, call up your girlfriends, break out the wine, and make sure you enjoy your day no matter what.