How to Spot a Fake Hitachi Magic Wand

If you’re looking to buy the Hitachi Magic Wand, the “Cadillac of vibrators” or, as I coined it, The One Vibe to Rule Them All – it may be tempting to look for the best deal. As a girl on a budget myself, I totally understand wanting to go for the cheapest option. But in the case of the super popular Hitachi, the market is flooded with counterfeit, fake, knock-off Magic Wands that don’t even come close to the quality of the original. In fact, tons of websites, including seller-driven platforms like Amazon and Ebay, sell counterfeits under the guise of “genuine products”, misleading customers and providing disappointing quality. There’s a HUGE quality difference, and getting a low-quality toy isn’t worth the discount. It’s definitely disappointing to spend nearly the same amount for a toy – and have it be a knock-off.

So, to help our readers, I wanted to compare the REAL Hitachi Magic Wand VS a fake “Hitachi” Magic Wand. In this post, I’ll compare and contrast the quality of the real Original Magic Wand from fake version to show the differences in quality – as well a few key things to look for to recognize and detect a fake Hitachi Magic Wand before purchasing. 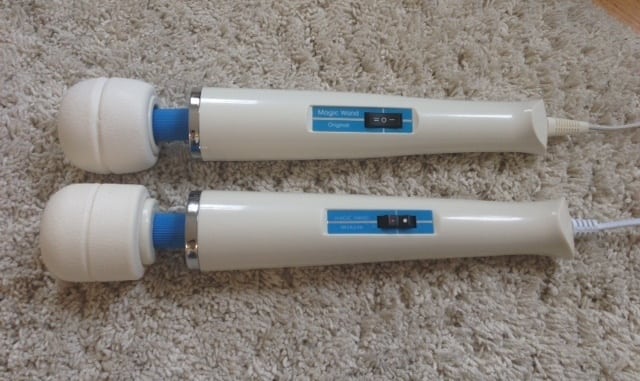 Real Hitachi is on top. Counterfeit Hitachi on bottom.

On first glance, you can tell that the fake counterfeit Hitachi is super low quality compared to the real thing. My fake counterfeit “Hitachi” didn’t come in a box. It came haphazardly wrapped in tons of random packing materials so flimsy that it easily could have been damaged in transit (especially because it was coming from China). It was very clearly a sex toy. The outline looked just like a Hitachi, and you could see and feel the power cord through the bag. After cutting through several layers of bags, the Hitachi I pulled out was a bit disappointing. It looked similar to the original in the size and design – but felt light weight, flimsy, and had some scuffs and scratches throughout. In particular, the head smelled strongly like rubber (a porous and sometimes toxic material for sex toys), and the outer coating could easily pull off to reveal foam underneath (not at all true of the Hitachi). It was also incredible flexible, so much so that it felt like it might break off. I also immediately noticed that the counterfeit had a UK power cord with a flimsy US adapter (while the real Magic Wand is only sold in the US). 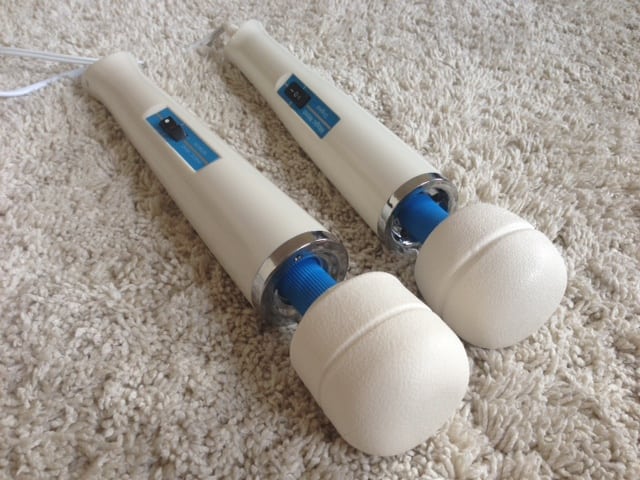 But the real mark of quality was within the vibrations themselves. To someone who’s never tried the Magic Wand before, the fake version may feel very powerful. In fact, it is more powerful than many bullet vibrators or insertable vibrators you might try at your favorite sex toy boutique. But, it’s not nearly as powerful as the real Magic Wand. Not even close. Even compared to other high quality massagers, the counterfeit feels weak and buzzy.

The real Magic Wand is rumbly and deep on it’s lowest setting, and if it’s sitting on the couch with me, it can rumble my butt from across the cushion. Rather, the counterfeit feels somewhat buzzy and light in comparison, and doesn’t have any vibration travel at all. Even when placed firmly on my clit, the vibrations feel dull and dispersed. They are not central, condensed, or earth-shaking like my Hitachi. They just fall flat. Even the higher setting is embarrassingly weak compared to the real thing. While the Hitachi nearly shocks my clit into instant orgasm, the counterfeit version would take quite a bit of rocking and work to bring me over the edge. It is also quieter than the real deal (likely due to its less powerful motor). Even in several blind clit tests (where I literally laid down blindfolded and had my man alternate between the Hitachi and the Faux-tachi), I could pick out the real versus the fake version. Every. Time.

Could I orgasm from the fake version? Probably. Would I reach for it before the real Magic Wand? Never. 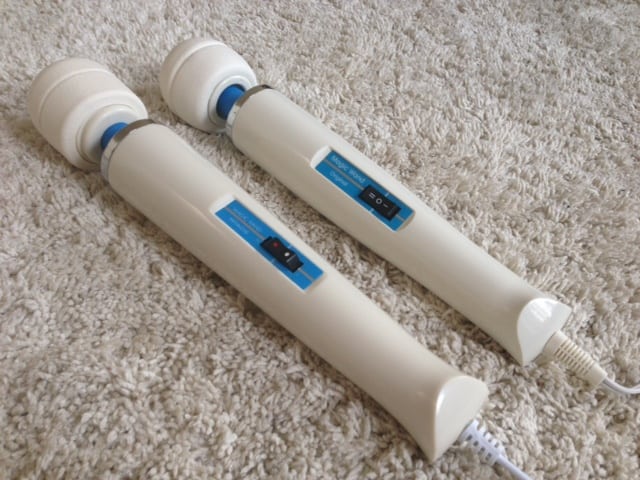 How to Detect a Fake Hitachi Magic Wand

Often, it’s hard to tell which is the real Magic Wand, and which is a fake, cheap counterfeit or knockoff. Often, retailers and sites like Amazon and Ebay even use stolen photos of the real deal to advertise their product, when in reality, theirs is a counterfeit version. But, there are a few ways to tell if the Hitachi Magic Wand is real or not. Here’s some of the easiest ways to spot a fake! 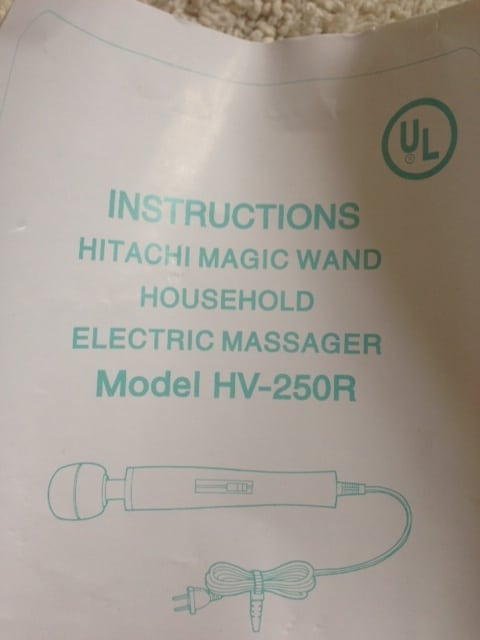 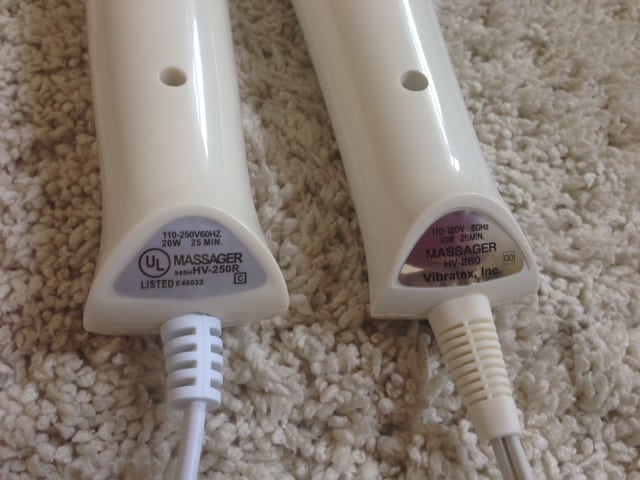 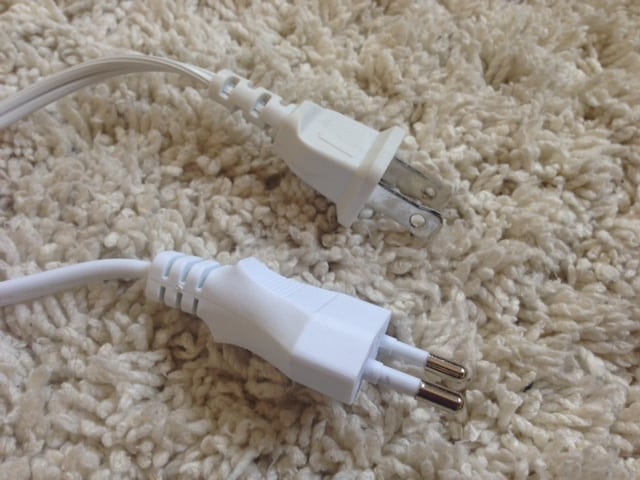 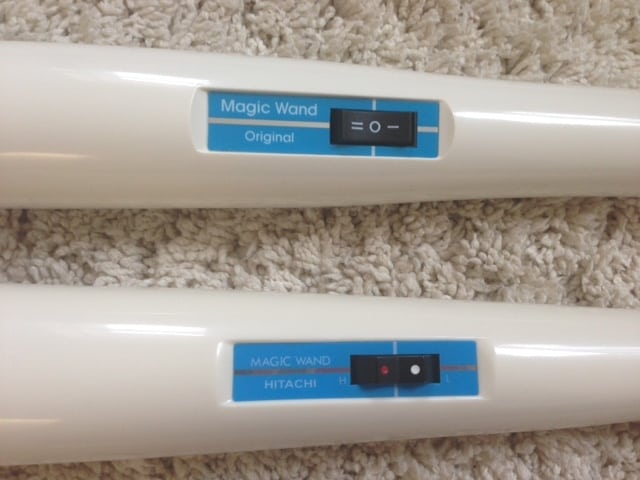 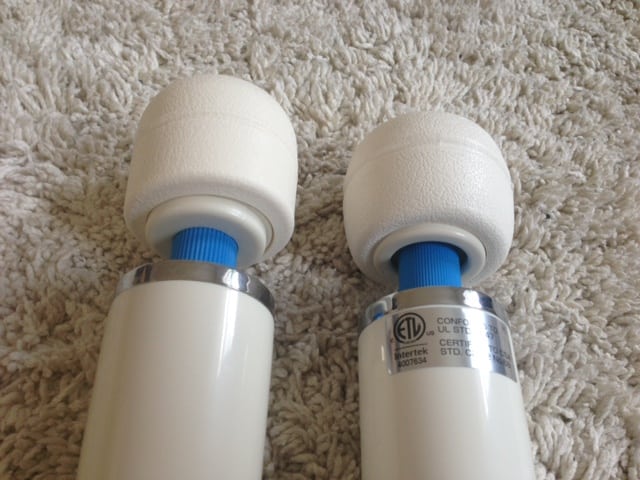 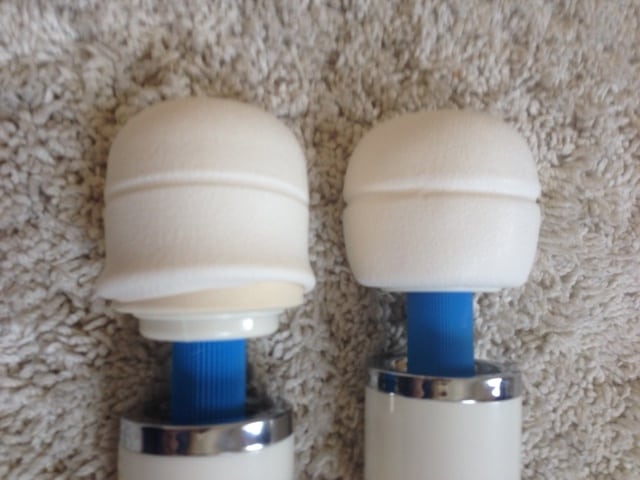 Make Sure You Get the Real Hitachi

Unfortunately, many counterfeit Magic Wands use the same imaging of the Original Magic Wand in the photos on site. Some even go so far as to use the real box and markings on the product itself, even though the product is different. So, it’s hard to tell what you’ll get when buying online – especially from retailers like Amazon and Ebay. However, there’s one sure-fire way to know you’re getting the real deal, aside from looking for the cues to spot a fake Hitachi.

First, definitely DON’T buy your toy on Amazon or Ebay, where you have basically no idea about it’s quality, where it’s coming from, no warranty, or easy guaranteed returns. Amazon and Ebay are the worst possible places to buy toys, as retailers are not verified as certified toy sellers, or held accountable for their actions. They can get away with selling counterfeit toys easily. Even if the retailer has good reviews, often these reviews are from fellow newbies who can’t tell the difference because they’ve never felt the real Hitachi.

Instead, go to a real sex toy retailer where their reputation depends on the quality of their toys – and where many positive reviews by industry professionals (including sex bloggers) have proven that the retailer is legit. When you shop at online retailers with stellar reputations, you can feel confident that you’ll get the real deal. You’ll also be assured that if the toy breaks for any reason, you’ll be covered by warranty – and if you don’t like the toy for any reason, you can return it in a reasonable time frame.

Check out our review of the Hitachi Magic Wand
with trusted re-sell affiliates here!

GoodVibes for $60.
Free shipping on orders over $69.
Pair it with our favorite lubricant, Wicked.

GoodVibes for $125.
Free shipping on orders over $69.
Pair it with our favorite lubricant, Wicked.

Lovehoney for $149.99.
Free shipping on orders over $40!
Earn points for free gifts as a member.
Get 10% off your entire order with coupon “SGP”
Pair it with our favorite lubricant, Wicked.
Free returns for 365 days!