With the Magic Wand Rechargeable, the vibrating massager that boasts an A/C rechargeable feature rather than needing to be plugged into the wall, my jaw has officially dropped. Like the Magic Wand Original, the rechargeable version scoffs at other vibrators, maintaining its position as the all-powerful. Other vibrators merely quiver in comparison — yet it has even more modern features than its original. 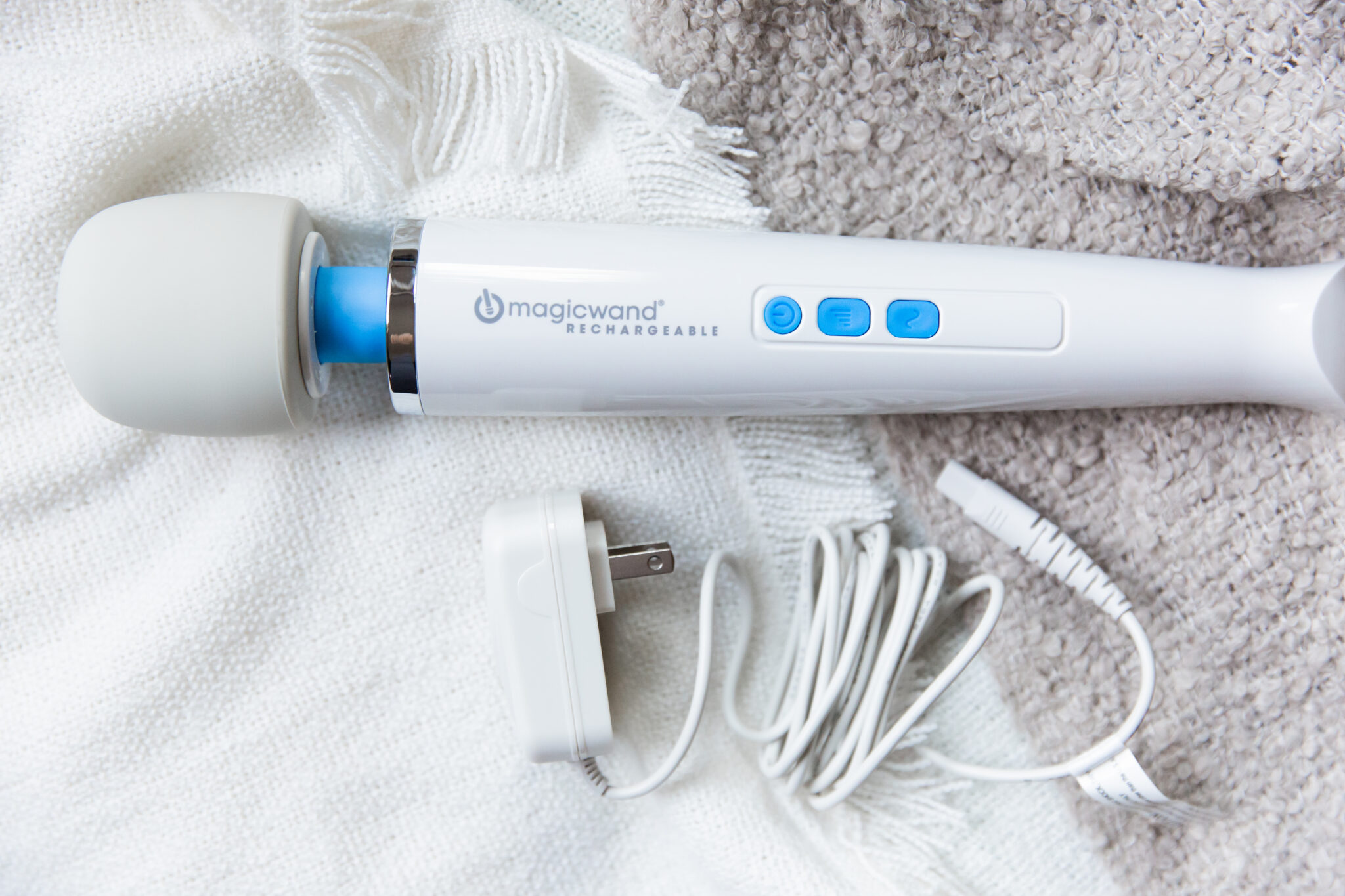 How Powerful is the Magic Wand Rechargeable?

Like its predecessor, the Magic Wand Rechargeable is insanely large and powerful. It has a similar design to the Magic Wand Original, yet its updated features make it even more versatile. The key differences are its sleeker feel, its silicone head, and its increased vibration power (from 6,000 to 6,300 vibes per minute) with silicone buttons to control the speed and patterns. Plus, it has a rechargeable port at the bottom rather than a cord, with up to three hours of play on a single charge.

This massager is a full foot long, nearly the length from the top of my palm to my elbow, and is about an inch longer with a slightly larger head than the original. Its vibrating head is 2 inches tall, 2.5 inches across, and 7.5 inches around—about the size of a tennis ball. It’s not meant to fit inside you but, rather, to externally massage your sore muscles, shoulders, back, and of course, your vulva and clitoris.

Despite not having to plug it into a wall, it’s incredibly powerful.

How to Use the Magic Wand Rechargeable

The speeds are all incredibly powerful, far beyond your typical vibrator. The first speed is incredibly rumbly yet somewhat tame compared to the rest (and a great warm-up). The next speed feels like the lower speed on the Magic Wand Original. The middle speed is somewhere between low and high on the original — noticeably more rumbly and powerful. The final speed has more vibes per minute but is just slightly less powerful than the original’s highest speed (sometimes, more RPM’s means less rumble). The difference in power is barely perceptible, but as a woman who’s BFF’s with her Magic Wand, I did notice a slight difference. However, I actually might prefer this speed — it feels more refined and smooth than the ultra-rumbly vibes of the original.

Beyond the 4 steady speeds, there are four patterns with their power in the mid to high range. 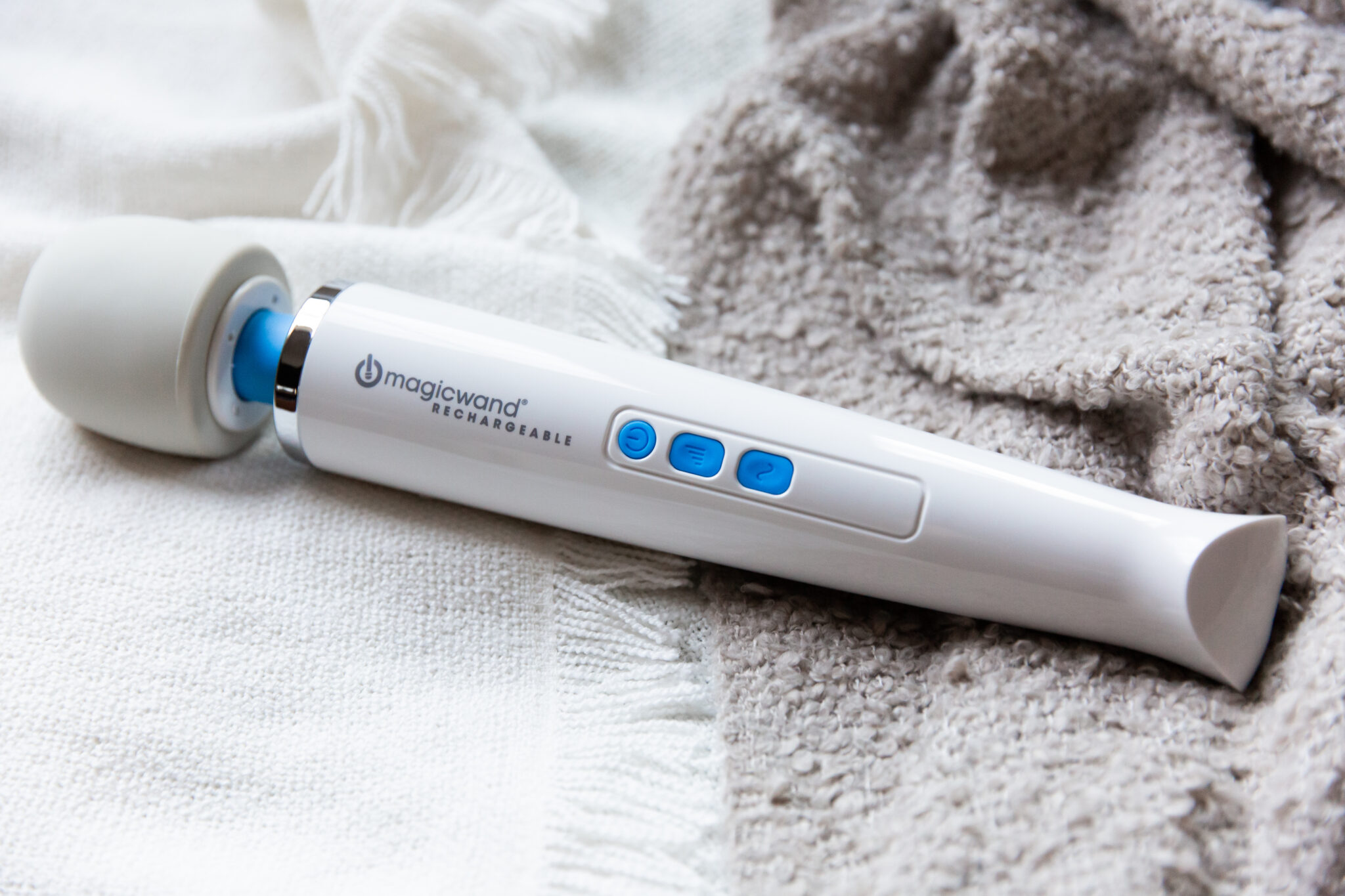 Can You Hear the Magic Wand Rechargeable in Another Room?

The Magic Wand is loud, but I was honestly expecting it to be a lot louder. While the original is more high-pitched and electronic, the Rechargeable is more low-pitched and smooth. It’s less loud than the original, but it’s still loud enough to be heard by your roommates, and the low-wave sound frequency travels further through the house and walls.

Can Vibrators Desensitize You?

Those with vulvas have wondered many things about vibrators – and specifically, have questioned if the Magic Wand can desensitize you with its powerful vibrations. We’ve been asked questions like: Will it make you go numb? Will it ruin your clitoris and sex life? Can it make you unable to orgasm other ways? Will it damage you forever?!

The short answer is no.

How Intense is the Magic Wand Rechargeable massager?

For many, orgasming is a struggle. Having the Cadillac of vibrators at your disposal can bring that mythical fantasy into reality if you’ve been struggling to reach it. And now, without a cord, the possibilities and orgasmic potential are nearly endless. Like the Magic Wand Original, I think this vibe has wonderful potential for beginners if they have tried other vibrators before and continually find it difficult to orgasm.

If you’ve become frustrated with your fingers, and even other toys, the powerful vibrations of the Magic Wand just may be enough to finally bring you over the edge. 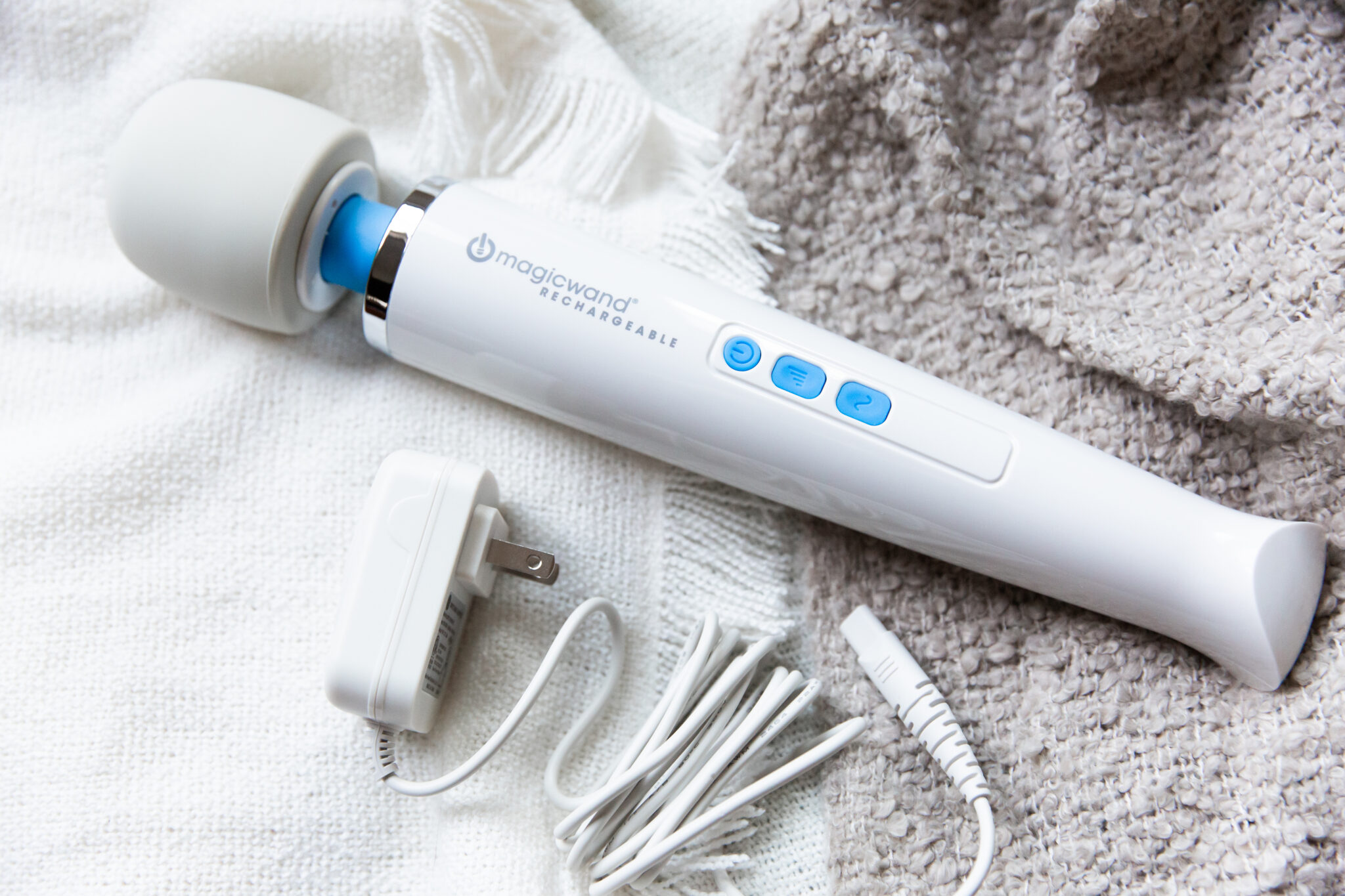 The “Magic Wands” on Amazon are significantly cheaper—for the exact reason that they are cheaper in quality, performance, speed, and power. The quality difference really is noticeable. With an authentic Magic Wand, it’s definitely worth the extra $10 – $20 to get the real thing, and it’s great to have the 1-year warranty in case it breaks.

An authentic Magic Wand will not disappoint you. It will satisfy you again, and again, and again… and again. So, I recommend not wasting your money on something lower quality and opting for a real Magic Wand. You’ll thank yourself later.

Get the Magic Wand Rechargeable at GoodVibes for $129.95

Free shipping on orders over $69.

Pair it with our favorite lubricant, Wicked.

This way, a small percentage of your sale comes back to us, at no cost to you.

If you’ve been clicking affiliate links on other sites and want SGP to get credit,

you can clear your cookies on any browser to ensure our links work.

Note: This review is
sponsored by GoodVibes, and I received this product for free in exchange for an honest review. Some links are affiliate links, which help support the site. All opinions are 100% honest and my own. I only recommend things I would use myself! Read more about my reviews.