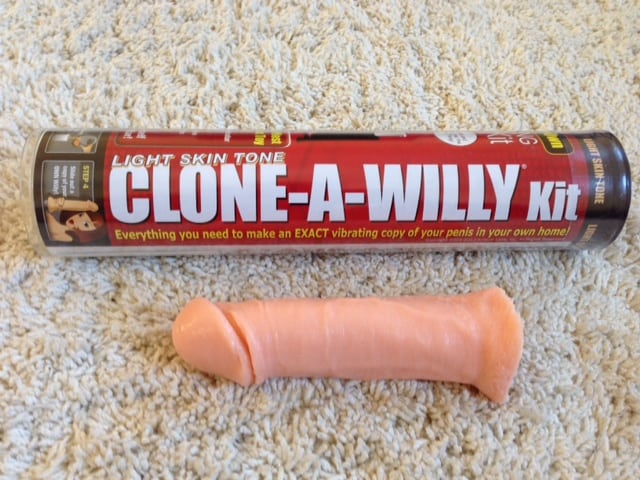 The molding kit works surprisingly well with the included Clone a Willy instructions and tips below, and gives you a super-realistic replica of your penis. My hookup has been non-stop excited about seeing his most prized part forever molded into my toy. But, overall, the whole process of making it wasn’t quite as sexy as we expected… and I’m not sure that I’ll be using the dildo as much as I initially anticipated. But, it’s still a fabulous, fun novelty, and definitely wonderful if you want to make a long-term mold of your partner’s member, even if it’s not the toy you’ll be reaching for during all your play sessions.

Included in the Clone-a-Willy Kit

Initially, I had “silicone” in quotes… because I was hesitant in describing the Clone a Willy mix as 100% pure silicone. It does contain silicone, but it has “rubber” in the name, which can cause quite a bit of confusion. Usually, while silicone is 100% body-safe and non-porous, rubber may be porous (which means it can harbor bacteria) – and can be toxic. However, after chatting with the sexperts at Empire Labs – they confirmed that the silicone resin in the kit “is completely body-safe and even ACMI certified. It is phthalate free, non-porous, and when mixed, is a completely stable molecule that will not degrade, deform, or leach chemicals.” YES!

Their sexperts went on,

Silicone Rubber is a common lay-term for various polymeric organosilicon compounds (containing elemental silicon). The resin in our kits is actually a polydimethylsiloxane. The term silicone itself is actually a misnomer. The suffix ‘one’ is used by chemists to denote a substance with a double-bonded atom of oxygen in its backbone. When first discovered, silicone was erroneously believed to have oxygen atoms bonded in this way. In fact, silicone is an inorganic polymer (contains many bonds), and the technically correct term for the various silicone rubbers is polysiloxanes or polydimethylsiloxanes.

I’m no scientist, but I can safely assume this means that their expert team has some pretty smart scientists on board, so I trust it.

Additionally, there is no ‘rubber’ in our kit. ‘Rubber’ is actually a polymer that’s harvested from trees in the form of latex. Latex is prone to degradation and deformation. Our material is latex-free.

To make your willy, you’ll also need a Sharpie or pen, a pair of scissors, some mixing bowls, a disposable mixing bowl, a measuring cup, water, cardboard, a timer or stopwatch, and of course, your boner donor! 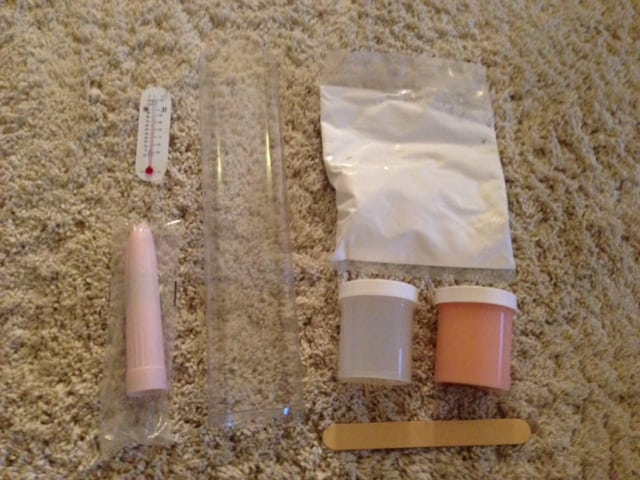 How to Clone a Willy Instructions 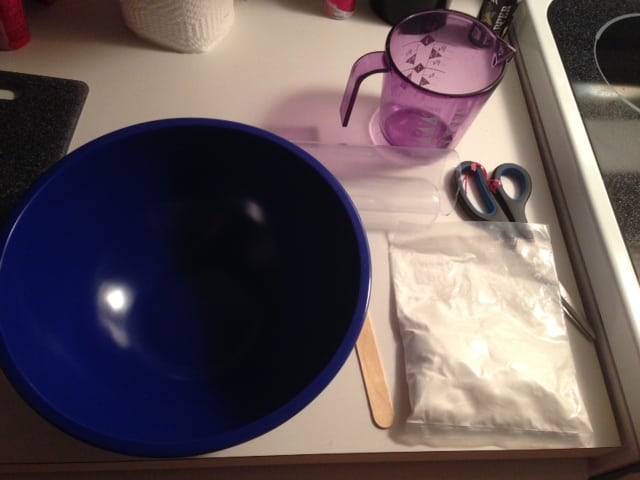 Making the mold is the most complicated part. You can buy more molding powder separately – which is great for beginners if you make a mistake. It took us 3 tries to get it even close to right.

Creating the Mold to Make a Willy 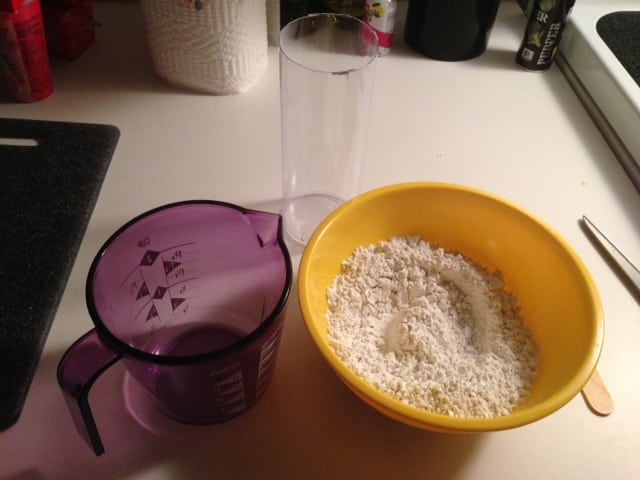 This part is super easy! 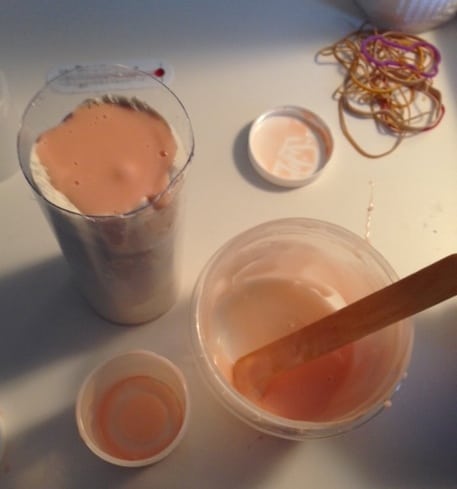 3 bags of mold and a few fights later, we came out with a cloned penis. We were actually expecting the entire process to be kind of fun, sexy, and humorous – but in reality, it was a total pain in the ass. If you’re thinking it’s going to be fun, sexy foreplay – it’s not. It’s really time-sensitive, quick, mechanical, and detail-oriented. There’s a lot of wait time, a lot of boners getting hard and then soft again, and a lot of plaster getting all over the floor until you have the technique right. Also, my partner wasn’t a huge fan of lukewarm plaster being all over his penis. It was, affectionately, a “boner killer”. 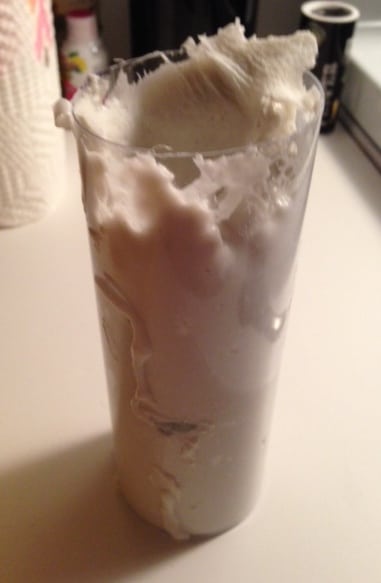 It was hard to multitask temperature, timing, mess, clean-up, and the quickness of the process in general – all while maintaining a boner. It was much more technical than we were expecting. It was not romantic or intimate at all. It feels like a business endeavor and a science project. You gotta get it done, and you gotta do what you gotta do TO get it done.

We had a lot of troubleshooting – talking about how long to hold the penis in there, what angle to do it, how to make sure it wouldn’t fall out, what to do if the penis hit the side of the container, what to do when it all fell apart and didn’t hold right, about cleaning up the mess – and then I had a meltdown about getting yelled at about the mold whilst giving a blow job. Yeah, it was a bit of a mess. 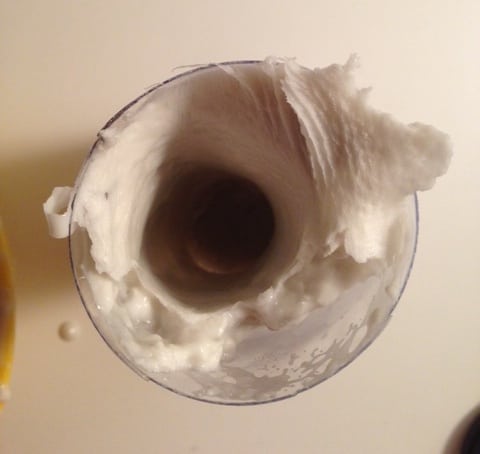 Top pic of the bad mold. 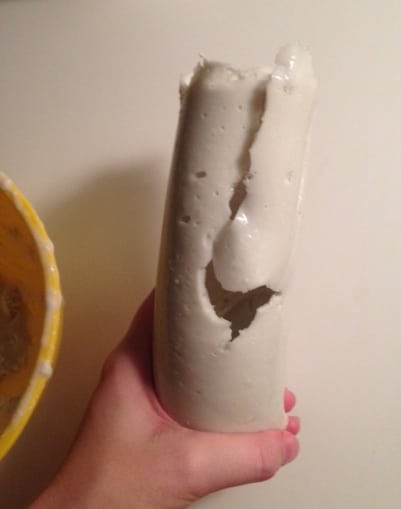 Now that we’re “experts” – I would probably do it again with another penis. I’d also like to try it with the balls, and a flaccid penis just for fun. I just would be more realistic next time. I would know that it’s not supposed to be a fun time where we’re all rubbing nipples and twerking and giggling as we make a mold. We’re gonna be messy & dirty & move quickly, as if our penis depended on it (because it does). 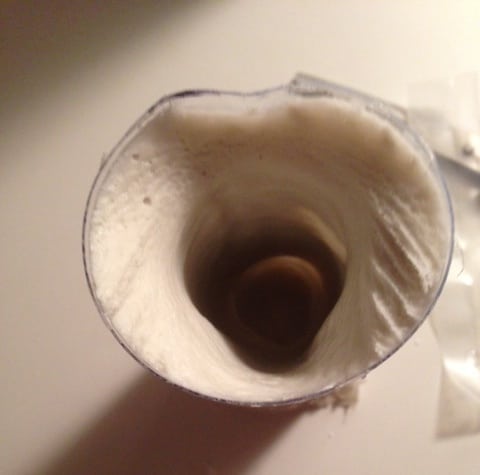 The Final Clone a Willy Results

The final cloned willy is nearly an EXACT REPLICA of my man’s boner. The head is perfectly pronounced. The foreskin has all the right wrinkles. The underside of the head is exact. The shaft perfectly shows all the veins. It’s definitely much more detailed and realistic than I was expecting. It’s nearly perfect! But, there are a few nit-picky issues that I have with how it turned out. 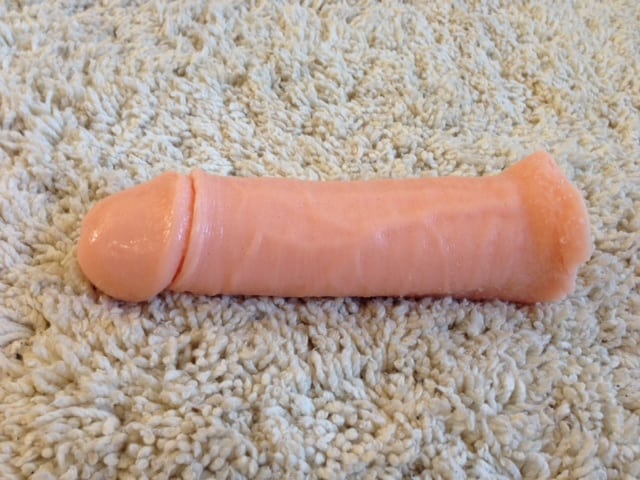 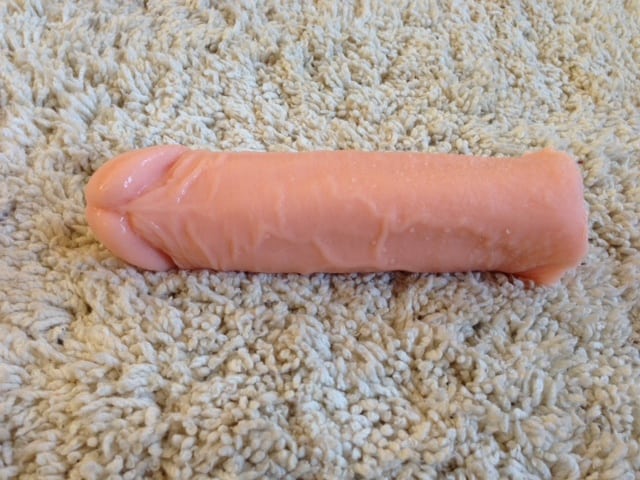 The Clone-a-Willy kit is really well-designed, and everything included is fabulous. The directions are perfectly put, very helpful, and make a perfect mold when done correctly. All of the above issues about my experience are simply a matter of learning curve. The steps to make a willy  are surprisingly kinda hard. There’s a time limit – which builds performance anxiety. And, there may be some communication issues if you and your partner aren’t on the same page. Definitely make sure to talk about the steps thoroughly together before you do them – and you may even want to practice the motions first without actually making the molding mixture. I’d definitely recommend getting an extra mold or two so that you can learn without the pressure before making a final product. Yet, despite the communication and performance issues we faced – it’s been really fun to have a real-life replica of my favorite penis of the moment. It’s erotic to play with… tease with… and will definitely be fun for some DP.

Have you tried to make a willy yet? Share your Clone-a-Willy Results in the comments!

You can get the Clone-a-Willy Kit at:

Lovehoney for $45.
Free shipping on orders over $40!
Earn points for free gifts as a member.
Pair it with our favorite lubricant, Wicked.
Free returns for 365 days!

SheVibe for $39.
Free shipping on orders over $75.
Pair it with our favorite lubricant, Wicked.

GoodVibes for $52.
Free shipping on orders over $69.
Pair it with our favorite lubricant, Wicked.

You can also get extra molding powder, silicone, and other types of kits!